This last minute show was announced only last week and takes place in the small games room in the Brudenell, with a capacity of 150. Just starting out on the 30th Anniversary tour of the UK tour. Having played a sold out Bristol show, and with only 3 other dates in Glasgow, Manchester and London, this intimate Leeds show was a great addition. There’s something special about a Bouncing Souls show up close…

The band are in the midst of a world tour, with various support in sections from The Bronx, Off With Their Heads and The Bar Stool Preachers. The Dirty Nil are supporting them on most of their UK tour, except tonight, where they have Death By Stereo. Christ, what a wake up! 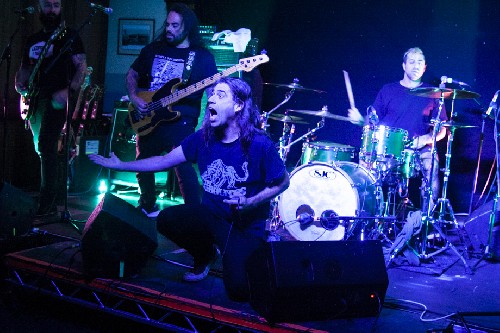 Named from the quote spoken by Corey Heim in the Lost Boys film, this American hardcore punk band formed in 1998 in California. The room is half full and everyone is quite far back… they either know what’s coming or have no idea. Efrem “The Bean” Schulz bounds around like Tiger on a pogo, getting in the crowds faces and spitting on the carpet. He owns that stage and floor. That is until the rest of the axe players also go for a wonder to the back of the room, courtesy of cable less kit. 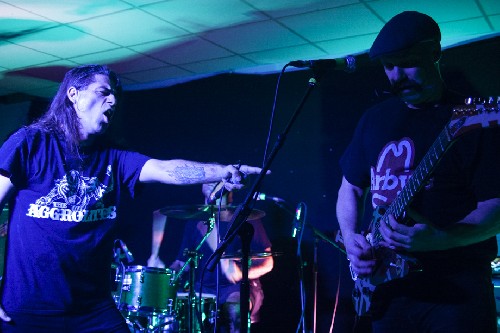 Guitarist Dan “The Moustache” Palmer (you need to see the ‘tash to appreciate its grandeur) is a technical wizard on those strings, as is JP "The Kid" Gericke. Bassist Robert "Robbo" Madrigal spins his head like a wind turbine in a tornado, and drummer "Turkish" Mike Cambra nearly pounds those drums through to the stage floor. The crowd take no time in starting to advance forward, and by the end of the set they crowd are singing along to the woahs. From ‘No Shirt’ through to new song ‘California Addiction’ and ending on ‘Wasted’ there are most definitely a few more fans of this band after their set. Such a breathtaking band, I am wondering why I have not come across them before. And to add, it’s rare to see a band who have done this length of service all carry the drum kit off the stage at the end. True band brothers. 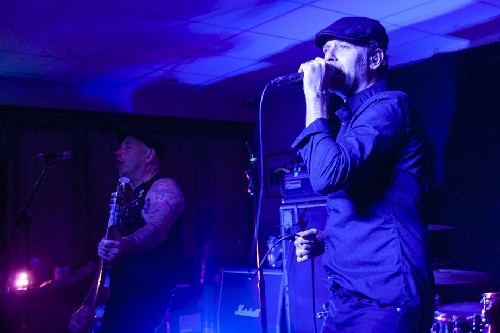 The Bouncing Souls are on a little later that the 9pm but smiling and ready to play to us handful of Northerners. After 30 years this band have hardly aged or become tired and are still as playful as they were in the beginning. Another band of brothers. 6 years ago Michael McDermott left the Souls and Hot Water Music’s George Rebelo stepped in. Instantly gelling as a Soul has allowed the band to carry on and make it 3 decades. Sadly the Kate of Kate is Gr8 is no longer their tour manager, but the song is still high on the setlist. Kicking off with ‘Hopeless Romantic’ it was always short song but with catchy lyrics that captivated me about the Bouncing Souls (“I’m a Hopeless Romantic/You’re Just Hopeless”) allowing the crowd to easily learn songs and indeed, and the next song states, “Sing Along Forever”. 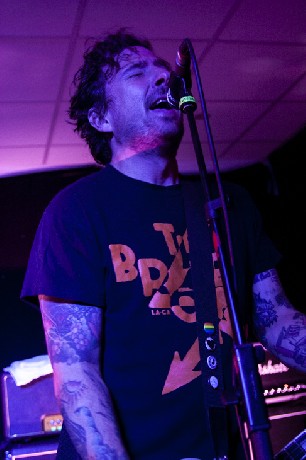 There’s a comedy moment when the band realise they have different setlists, and ‘Lean on Sheena’ is missing from some. The band play the song, originally by Avoid One Thing, and the crowd go crazy, overpowering the bands sound. What a glorious bonding of random peoples vocals. Same goes the ‘East Coast! Fuck You!’ Simple and to the point. The joke around the setlist causing the band to split after 30 years carries through the bulk of the show, showing the fun these guys have after all this time. ‘True Believers’ is an anthem worthy of the encore, with Bryan Kienlen’s high bass left alone to its own devices in the verses. Rebelo powerhouses those drums, and Pete Steinkopf saws away at that guitar. Greg Attonito’s vocals are strong beside his swaying stage presence, which is almost calming, a unique thing for a punk band. The old song ‘The Freaks, Nerds and Romantics’ from the Soul’s 2nd album is a nice oldie to sit in the penultimate slot, while ‘Night On Earth’ is a beautiful song to finish the night, from the same album as the title track we began with, and as it’s recognisable 4 chord structure rings out we all know it’s been a good night.

The Ballard Of Johnny X

The Freaks, Nerds and Romantics

more about Bouncing Souls
more about Death By Stereo