Despite their origin story being written in the UK, Derby to be precise, The Struts have thus far had a bigger impact in America. This anomaly is slowly correcting itself however, as the band continue to grow in their home country. Tonight finds them in the middle of their most ambitious tour to date and sees them *ahem* strut their stuff on the UEA LCR stage in Norwich. 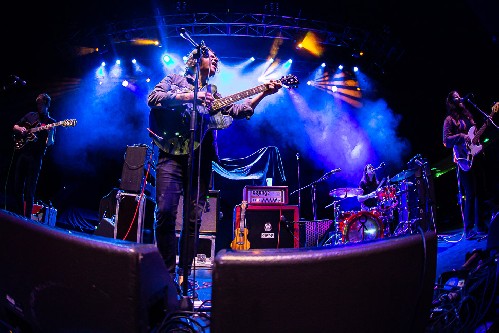 The rather randomly assembled bill begins with Kyle Falconer, yes the lead singer of The View. The setlist is a mixture of solo songs and View numbers. It’s unknown though whether or not Falconer is in fact still wearing the same jeans, as that particular song is missing this evening. Next are youngsters King Nun who try very hard to win over the crowd with their scruffy indie rock. Come the end of their set they may well have achieved their goal, but they leave me somewhat unconvinced. 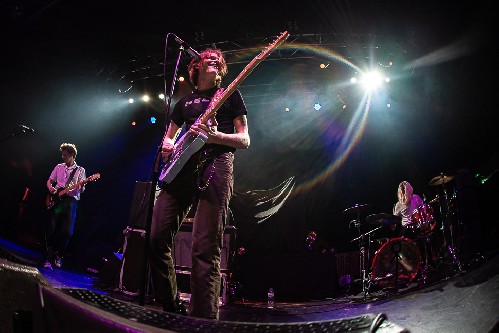 Realistically tonight is all about our headliners and the atmosphere really steps up a notch or two as we await their presence. Soon enough the stunningly dressed four-piece are besieging the stage and whipping the venue into frenzy with set opener ‘Primadonna Like Me’. Vocalist Luke Spiller is a full on frontman who inevitably draws comparisons to the legendary Freddie Mercury. Spiller is barely still for a second as he parades around the stage during the magnificent ‘Body Talks’ and ‘Kiss This’.

It took The Struts four years to get their second record out but ‘Young & Dangerous’ is every bit as good as its predecessor, ‘Everybody Wants’, and more. Of course tonight ‘Young & Dangerous’ takes centre stage in the set list with ‘In Love With A Camera’, ‘Fire (Part 1)’ and new single ‘Tatler Magazine’ all highlights. 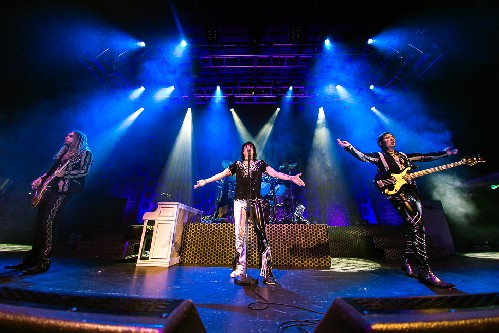 Following an eloquent guitar solo from Adam Slack the band returns for an epic run through of ‘I Do It So Well’. This is a song after all that describes the band to a tee. They will always get the comparisons to Queen but why not when they do it so well. And hey with Airbourne as our new AC/DC, Greta Van Fleet as our new Led Zeppelin and The Struts as our new Queen, to quote the Aussies, rock and roll will never die!

The finish to the bands main set is as brilliant as the opening and sees the audience dancing and singing along to ‘Put Your Money On Me’ and ‘Where Did She Go’. Spiller soon returns to the stage and his piano for a powerful rendition of ‘Somebody New’, before the band close the night out with their hit song ‘Could Have Been Me’. A stunning close to a magnificent night and on the evidence of this evening, it will be them! 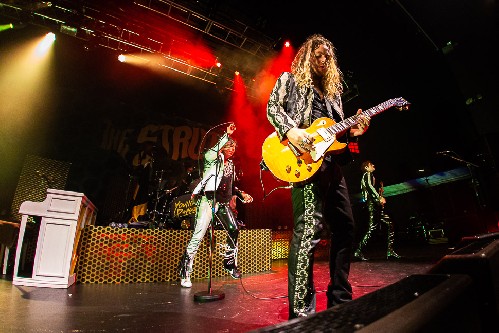