Gary Numan is undoubtedly an iconic figure, whom many will link to his chart topping formative years in the late seventies and early eighties. During this time you would regularly find Numan towards the top of the charts first with his band Tubeway Army then as a solo artist. In fact ‘Replicas’, ‘The Pleasure Principle’ and ‘Telekon’ all peaked in the number one spot.

In the forty years since his debut Numan has continued to regularly release albums with a total of twenty-one studio albums to his credit. As with many successful acts from the eighties, chart success became less noted and fame waned. Numan however unlike many of his contemporaries from this time hasn’t veered into the nostalgia circuit. He has, as mentioned, sustained a solid fan base with the aid of regular new music. 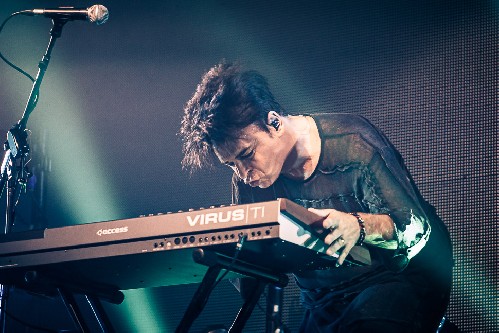 Over the last few years, you could argue that Numan has seen something of a renaissance with renewed interest leading to many highly acclaimed live shows and increased chart presence. This culminated with 2017’s ‘Savage (Songs From A Broken World)’ reaching the number two position. So with renewed vigour and an increasing fan base, Numan is hitting the road to celebrate his 40th anniversary with the appropriately titled ‘(R)evolution’ tour.

This tour is a lengthy one and tonight’s stop in Norwich is roughly half way through. Also along for the ride is our support act KANGA, who enthrals the UEA LCR with an interesting performance. Although not really my thing, KANGA is certainly captivating and goes over well with the Numan faithful this evening.

With just the one opening act, there isn’t long to wait until Numan himself takes to the stage. Accompanied by his very accomplished band and an impressive stage setup, it’s very clear from the opening notes of ‘My Name Is Ruin’ that we are in for a great night. It’s also telling of the faith that Numan has in his newer material that he kicks off a 40th anniversary tour with a track from his newest album. 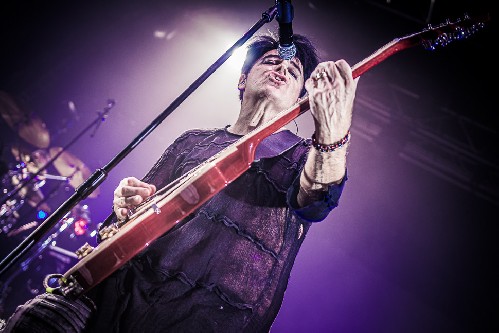 In fact the entire set list is the very definition of a career spanning set with Numan resisting the temptation to fill such a significant set with early material. It’s a testament to the longevity and consistency of the body of work that Numan has created in that forty year period. The reaction of the audience tonight to the likes of ‘Here In The Black’, ‘Dead Sun Rising’ and a new demo in the shape of ‘Intruder’, not only proves the above point, but also shows the dedication of his fans. This is because the receptions to those songs are equal to the likes of ‘Metal’, ‘Down In The Park’ and ‘Cars’.

Given that Numan has had forty years to hone his craft it really should not be a surprise how impressive he and his band are tonight. Many younger acts could take note of the showmanship and presentation of the performance this evening. Tonight is confirmation that Numan is as inspiring as he ever has been and I really would recommend that you try and make one of the remaining shows on this tour. 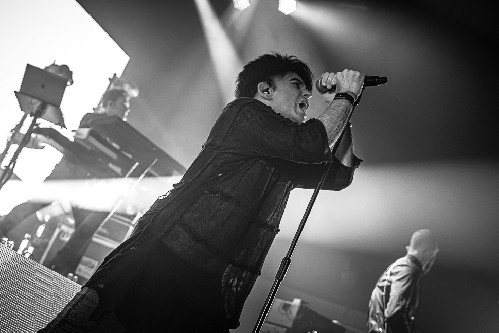 If you can’t however it’s great to hear from the man himself that another new album is in the works and another tour is likely to follow next year. As for tonight once the stunning ‘Are ‘Friends’ Electric?’ closes the main set, a four song encore again showcases old and new. The interesting choice of set closer is one of the few acoustic numbers Numan has released in his career, ‘Jo The Waiter’. It is however a fan favourite and means Numan goes from opening with one of his newest songs to finishing with one of his oldest. A fantastic end to a fantastic night. 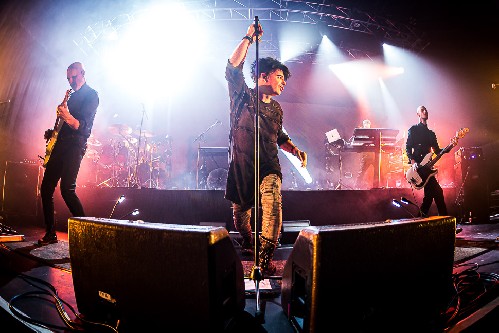