Opening tonight’s evening of aural delight is Philadelphia based solo artist Rosali.  She is emotive and captivating for a while.  Her soaring vocals and sweet, jangly guitar hold me mesmerised but ultimately, it becomes boring as the tunes seem to bleed into one another.  There is no change of tempo or groove. 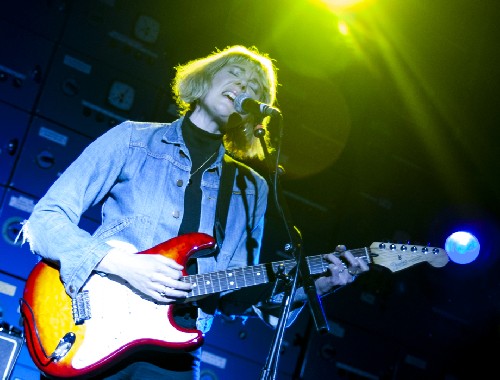 I’m being harsh perhaps, she is undoubtedly a talented writer and performer.  But even though her set is short, it seems to go on for a little too long.  The audience obviously thought different as a large number of them called for an encore.  She reappeared to play what she described as a faster song.  It wasn’t.

Just before J Mascis appears on stage I catch a glimpse of Kevin Shields from My Bloody Valentine.  It’s nice to see that he has come out to see his friends final show on this UK tour.  J appears and manages to squeak “Halloo” then launches into Thumb, a Dinosaur Jr song from 1991’s Green Mind album.  As most people reading this may know, J is the frontman (main man) of Dinosaur Jr, probably the loudest three piece band of all time.  So it’s unusual and refreshing to see him “naked” without his wall of Marshall stacks and playing a battered old acoustic guitar. 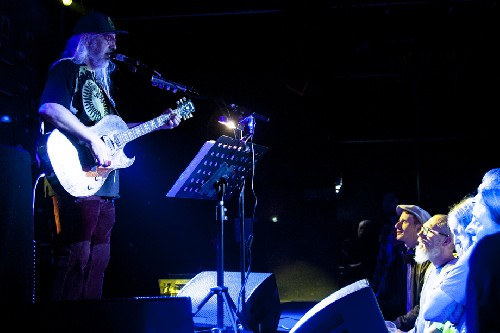 J’s shyness is legendary and it was quite evident.  He seemed quite uncomfortable in between songs.  But during those songs he was in his element.  His whole act oozed other-worldly talent and I found it genuinely mind blowing that one person could make so much music.  The linked numbers Drifter, and Heal The Star were the best example of this.  J played the hell out of that acoustic guitar and never missed a note. 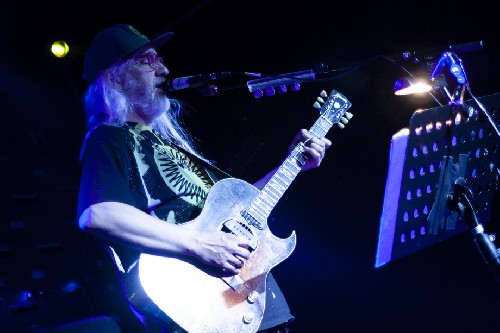 A healthy ratio of Dinosaur songs and solo material kept the audience happy.  I was particularly happy with a rendition of Little Fury Things (Dinosaur Jr) and the Mazzy Star cover Fade Into You.  J Mascis rocks.  I would highly recommend his shows to anyone who loves really, really good music.

Out There (Dinosaur Jr. song)

Get Me (Dinosaur Jr. song)

See You at the Movies

Not You Again (Dinosaur Jr. song)

Fade Into You (Mazzy Star cover)