Cellar Darling, Appearance of Nothing, & Blanket

Flashback to the summer and it’s gloriously hot, I’m in France at Download Festival and I stumble across a band on the tiny fourth stage that put in a mightily good performance. That band was Cellar Darling, and tonight they are in Norwich at the equally tiny Waterfront Studio. So, encouraged by that festival performance I pop along.

The first band tonight, Appearance Of Nothing, hail from Switzerland and set the bar high with a great opening performance. Not exactly ground breaking stuff but very solid progressive metal with the likes of ‘Inside These Walls’ and ‘The Black Sea’ helping to get the crowd suitably warmed up. Their short set even includes a guest spot from Cellar Darling’s own Anna Murphy to the delight of those that arrived early this evening. 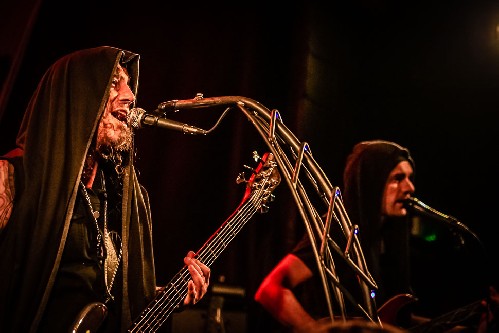 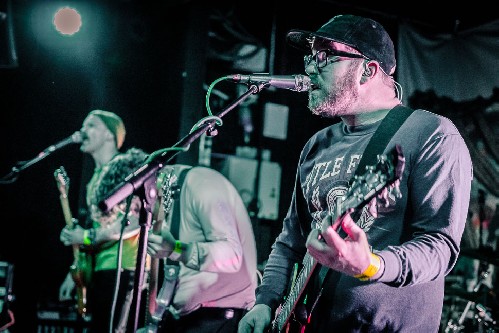 I get diversifying the bill slightly but this was a failed step too far. I will say in their defence that they are far from the worst support act that I have witnessed and their breed of art rock would be at home supporting the likes of Deftones etc; however tonight it killed the mood completely. Thankfully, Cellar Darling up next are able to come straight out of the traps with the likes of ‘Black Moon’, ‘Hullabaloo’ and ‘Avalanche’ to bring the crowd back to life.

Cellar Darling were a completely unknown entity to me back in France, however since then I’ve come to learn their roots which are now quite apparent. The band consists of three significant members of cult folk-metal band Eluveitie who departed said band back in 2016. Cellar Darling are obviously similarly influenced but are actually quite unique to their former employers. This is demonstrated through the easy to digest duo of ‘Challenge’ and ‘Six Days’ that come next. 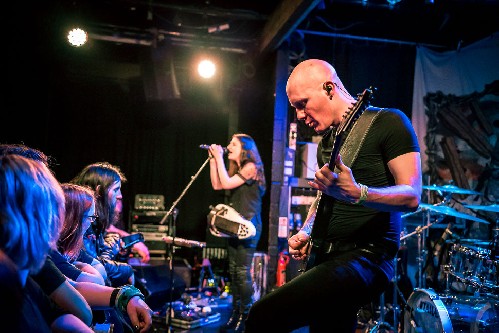 Tonight vocalist and multi-instrumentalist (every loves a hurdy-gurdy) Murphy, drummer Merlin Sutter and guitarist Ivo Henzi are supplemented by a couple of live musicians to bring the bands new concept album ‘The Spell’ to life. Having announced that they plan on playing a wave of tracks from this release next to stick with the conceptual theme of the album, we are taken through a selection of tracks such as ‘Pain’, ‘Death’, ‘Love’ and the titular ‘The Spell’.

Murphy apologises a couple of times for the heavy and somewhat downbeat tone of these tracks and although this section does plod a little, it’s clear the fans in attendance are in awe of the talents on display. ‘Burn’, ‘Insomnia’ and ‘Freeze’ all feature before ‘Love Pt. II’ sees the band leave the stage prior to the obligatory encore.

Proceeding to ask the audience for requests, Murphy jokingly laments the choice of “a hard one” in ‘The Prophet’s Song’ during which Murphy’s operatic vocals take centre stage. A final run through of ‘Redemption’ brings the night to a close, and no doubt sends their fans home happy. Well, an up and down night but one that shows why it’s important to check out unknown acts at festivals as you never know when you’ll stumble across a gem.