It’s beginning to look a lot like Christmas, and The Junction in Cambridge is in the festive spirit tonight as Skindred roll into town. Skindred are certainly no strangers to touring and tonight’s show comes towards the end of a mammoth 25 date run which kicked off way back in October.

The tour has seen various support acts along the way and tonight sees Tigress and Sonic Boom Six warm up the expectant audience. Tigress from Essex are up first and fully embrace the festive spirit by tossing numerous gift wrapped presents out into the crowd. Musically they are in the giving spirit also as they deliver a decent little set of alt-rock numbers to the delight of those in attendance. 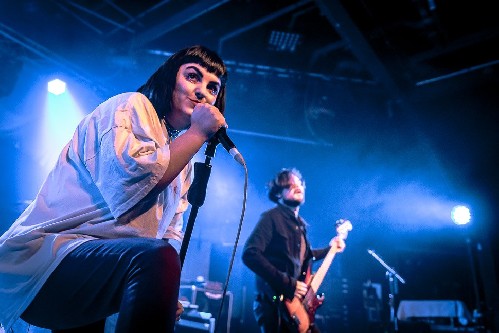 Up next are a band who have seemingly been around forever, Sonic Boom Six. Having formed in 2002 they have forged out a solid reputation as a live act but have failed to progress beyond the club circuit. Tonight they are far from the level I expected of them, with some of that down to technical issues. All in all though there was just something lacking tonight from a band that can do better. 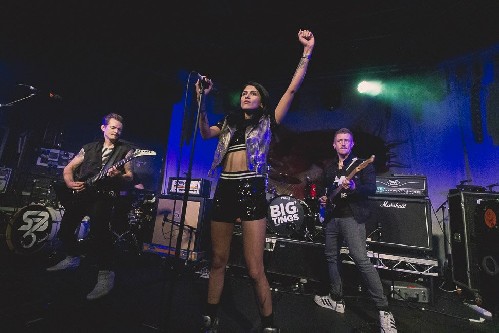 Christmas songs galore follow during the changeover and they do a much better job at warming the crowd up and by the time Skindred hit the stage there is a party atmosphere inside the Junction. Skindred have fine tuned their skills over the past 20 years on the road and there was little chance that Benji Webbe and co would disappoint tonight, and disappoint they don’t.

They start hard and fast with ‘Big Tings’, ‘Selector’ and ‘Pressure’ whipping the crowd into a frenzy. The festive theme is continued as Webbe serenades the crowd with a quick rendition of Slade favourite ‘Merry Xmas Everybody’ before launching into ‘Rat Race’. 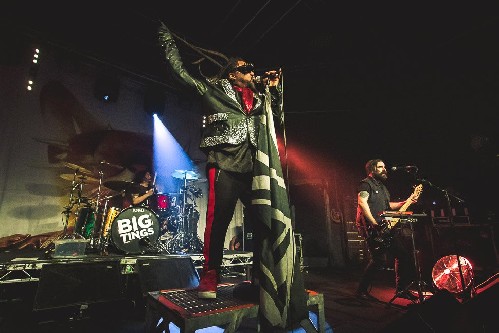 With this tour being in support of new album ‘Big Tings’ there is little surprise that a few new songs have slipped into what has become a pretty standard Skindred set list.  Up next is one of those songs in the form of ‘Machine’ which actually serves as one of my highlights of the night, which just goes to prove that there is life in this old dog yet.

‘Ninja’, ‘Sound The Siren’ and another new track ‘That’s My Jam’ keep the party going before the tender ‘Saying It Now’ brings things down a level. As I mentioned a Skindred set list has become pretty standard these days but there is a big argument here of if it ain’t broke, don’t fix it and as they launch back into ‘Kill The Power’ and ‘Nobody’ that’s hard to argue with.

With the food eating season upon us it’s probably a good idea to get some exercise and Skindred can help with that. For the encore song ‘Warning’ the crowd are not only encouraged to get down and jump up but to take part in the obligatory “Newport helicopter” and swing items of clothing above their heads; and that’s how a great night comes to an end. 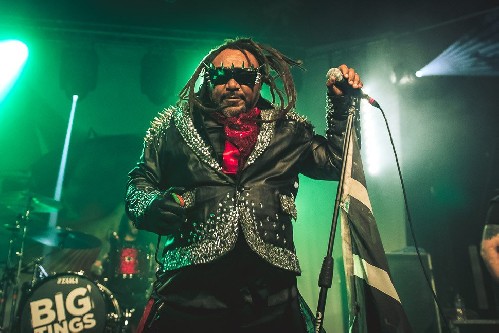