It’s April, the sun’s out and the UK is welcoming a great touring package which sees Welsh headliners Skindred bringing the party with Americans CKY and Canadians Danko Jones in tow. Norwich’s UEA gets the honour of hosting the first night of the tour and spirits are high amongst attendees despite having to trade the UK’s hottest April day in nearly 70 years for the confined space that is the UEA LCR. 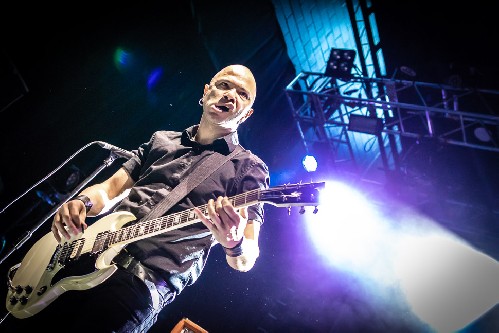 Up first are Danko Jones who, despite being more accustomed to headline status, fill their role with uncharacteristic humility. I always sense a great ego within front man Danko Jones who again tonight feels the need to highlight to the crowd that it’s his name on the backdrop, so it was nice to see him playfully show envy of Skindred’s crowd reaction. Musically Danko Jones stick to their tried and tested songwriting and are able to manufacture singles on a conveyor belt. A little unimaginative yes, but why would you change a formula that is so successful? For some forty minutes Jones pumps out one groovy foot stomper after enough to get the audience ready for the murkier waters that follow.

CKY’s most successful album is actually a rather poetic description of their career – ‘Infiltrate•Destroy•Rebuild’. The band have always followed a self-destructive path and have recently had to rebuild again following the departure of founding member Deron Miller. Guitarist Chad I. Ginsburg has taken the reigns as new lead vocalist and is joined by fellow founding member, drummer Jess Margera and returning bassist Matt Deis. I’ll admit to having written this incarnation off without due diligence as I viewed Miller as the creative genius behind the group. How wrong I was! 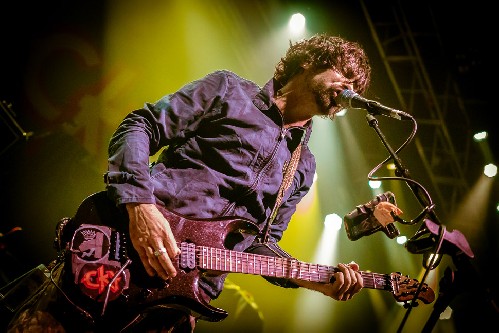 CKY have always suffered in my opinion from their breakthrough as part of Bam Margera’s skateboarding/prank series of the same name. As a result they have often been written off as a serious entity, despite producing a string of credible releases. Tonight they evidence the quality that they possess with a storming set of tracks both old and new, with Ginsburg impressing with his transition into the front man role. CKY have spent their careers proving critics wrong and on tonight’s evidence there is plenty of fight left in these old dogs yet.

Finally it’s time to give the baying masses what they really want with the arrival of cult heroes Skindred. Beginning with recent single ‘Big Tings’ the band start as they mean to go on, as do the crowd who are the rowdiest bunch that this venue has seen in recent memory. ‘Stand For Something’ and ‘Pressure’ keep the party going as Skindred do what Skindred do. 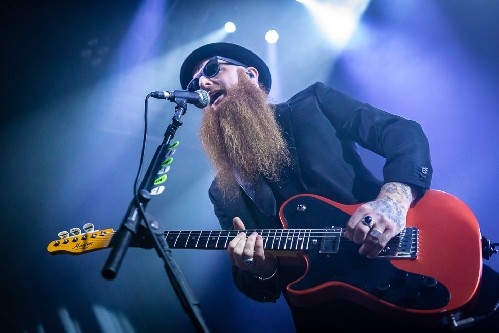 This is a band after all that has built their cult-like status on the back of their live shows and tonight the band and audience clearly feed off each other’s energy to create a fantastic atmosphere. With a new album ‘Big Tings’ out April 27th and festival season soon upon us there will surely be plenty more opportunities to catch Skindred and on this form that should be a no-brainer for any self-respecting rock fan.

Tonight singer Benji Webbe is in playful mood as he incites pandemonium amongst the crowd. His ability to hold the audience in the palm of his hand is masterful and whether it’s whipping up frenzied mosh pits during ‘Ninja’, ‘Kill The Power’ and ‘Nobody’ or leading everyone through a sombre rendition of ‘Saying It Now’, Webbe is a man who can wear many jackets and tonight he does just that, literally wearing many jackets! 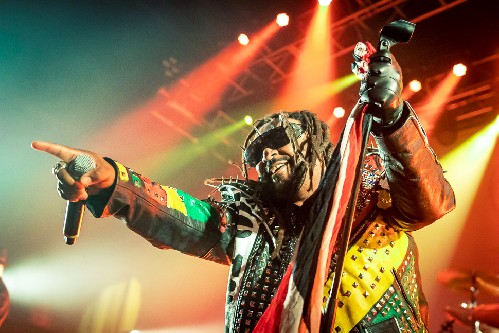 There really is only one way to end a Skindred show and that is with fan favourite ‘Warning’ that leads to the obligatory 'Newport Helicopter' which sees the sweaty crowd remove their shirts and swing them above to beautiful effect. With night one of this tour in the history books do yourself a favour and head along to a show as you won’t regret it.