With the sun shining brightly all day you could be forgiven for thinking that festival season was already upon us. Alas not quite but there are still musical delights to be found indoors such as at Norwich’s Waterfront where rocks icon of partying hard is in town as part of his first full-band tour in five years. So out of the sunshine and into the darkness we go ready for what promises to be a fun filled night.

Along for the ride on this tour is opening act, Yonaka, a band that I’m seeing as a support act for the fourth time. Yonaka have gotten better each time I’ve seen them and after another top performance tonight you have to believe that they are on the cusp of something much bigger. The band already has a number of catchy songs to draw from and it will be interesting to hear what a debut album may deliver in the future. 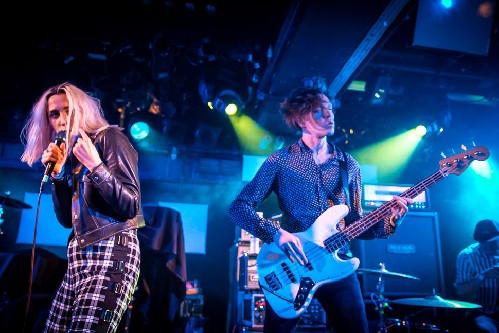 Our headline act tonight, Andrew W.K., emerged in 2001 with the release of debut album ‘I Get Wet’. This album produced a number of hits for Andrew W.K. but it’s the anthem that is ‘Party Hard’ that really established him. From there he built a reputation for well... partying hard! Tonight alone the word ‘party’ must be used by Andrew W.K. more than a hundred times.

It’s an ethos that is shared by the audience tonight as they mosh and dance along to a mix of songs old and new. Andrew W.K. is touring in support of his latest release ‘You’re Not Alone’ and as such a number of brand new songs are presented tonight. ‘The Power of Partying’, ‘Music Is Worth Living For’ and ‘Ever Again’ kick off proceedings before the band introduce the likes of ‘Take It Off’ and ‘She Is Beautiful’. 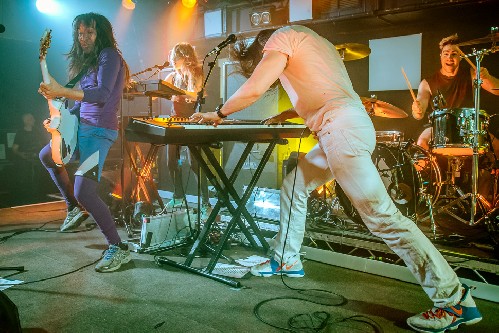 Andrew W.K. truly is an intense and visceral performer and clearly wears his heart on his sleeve. The likes of ‘We Want Fun’ and ‘It’s Party Time’ are indicative of Andrew W.K. as a performer as he incites pure enjoyment amongst tonight’s crowd. He even finds time for a guitar solo on a pizza shaped guitar during which he exclaims that “this is a pizza party”.

There is only one song that could end this evening and Andrew W.K. introduces it with a countdown from 100, yes 100! To start the count seemed ludicrous but by the end you really get to feel for the genius of Andrew W.K. and as soon as the opening notes of ‘Party Hard’ hit the crowd goes wild. A fitting finale to a fantastic show sorry, party! 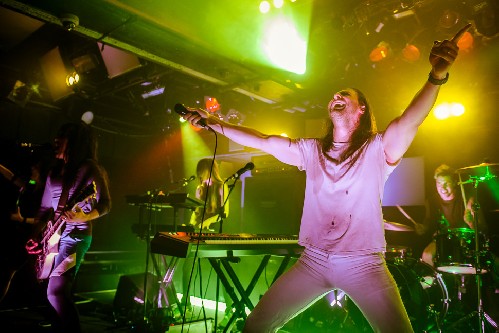