Neck Deep, As It Is, Real Friends, Woes

Welsh pop punk band Neck Deep only formed five years ago in 2012, but since then the bands rise could be described as meteoric. The band followed the release of two EP’s with their debut album ‘Wishful Thinking’ in 2014 and they haven’t looked back since with two more albums and countless shows following.

Their last gig two nights ago may have ended prematurely amid chaotic scenes, but tonight the band display what they are really all about and that’s putting on great shows. The bill for this tour is stacked and the venue is already brimming when Scottish newcomers Woes kick proceedings off with a fun set which includes a quick cover of Smash Mouth favourite ‘All Star’. 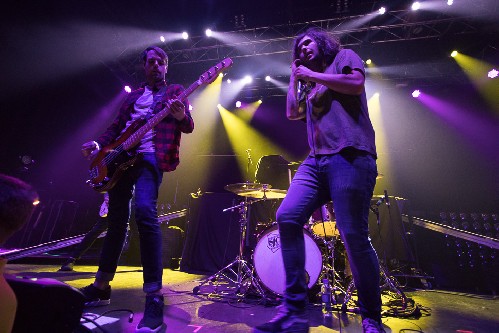 Following on from Woes are Americans Real Friends who put in a classy set that showcases their emo tinged pop punk perfectly and delights the already fervent crowd. As if two support acts wasn’t enough, the audience are then treated to Brighton’s As It Is who continue to ensure this evening of pop punk delicacies continues to inspire rowdy scenes throughout the venue.

With As It Is finished a large white sheet hides the stage from the baying masses and it’s prepared for the arrival of tonight’s headliners who not only have brought along that impressive opening trilogy but also an equally impressive stage show. As the band hit the stage and launch into ‘Happy Judgement Day’, the sheet drops, the audience erupts and the band and crowd barely stop for air for the next hour and a half. 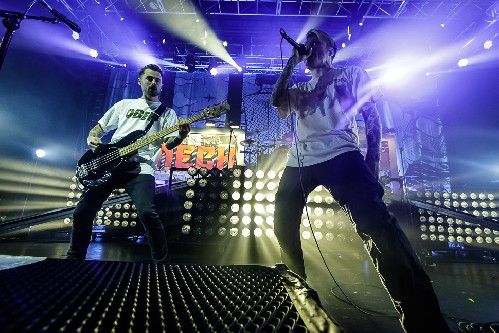 The set list tonight is built mainly from 2015’s ‘Life’s Not Out To Get You’ and August release ‘The Peace And The Panic’ but there is room for ‘Head To The Ground’, ‘What Did You Expect?’ and the hugely popular ‘A Part Of Me’ from the bands early EP’s. Throughout the performance it’s clear that Neck Deep has honed their craft and is a band at the top of their game. Throw in the impressive stage show and the clear dedication of their audience and it’s obvious that this band is going to go far.

The massive sing-a-long that ensues with ‘A Part Me’ brings the main set to a close in style. The band aren’t gone for long however and return to run through ‘Can’t Kick Up The Roots’ and ‘Where Do We Go When We Go’ with a huge confetti cannon finish that really makes a statement that Neck Deep are the biggest thing going right now for British pop punk. 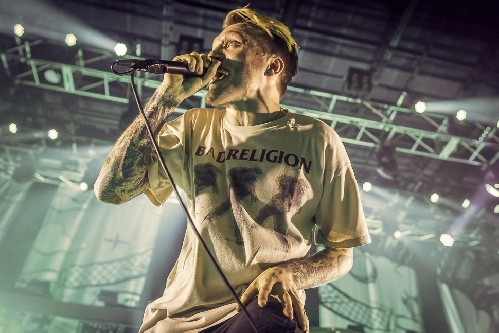