Way back before some of tonight's audience (the ones shouting play Led Zeppelin, and clapping along in monotone) were born Fun Lovin' Criminals released their debut album 'Come Find Yourself', and tonight's show celebrates that 1996 debut. For most of the audience tonight is a journey of nostalgia as the trio (with founders Huey Morgan, and Brian ‘Fast’ Leiser joined by Frank Benbini on drums) present the album in it's entirety. 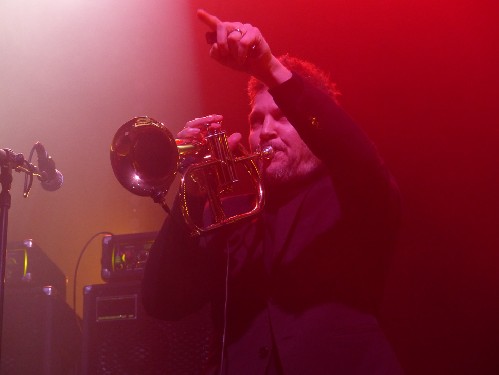 The opener is their signature tune 'The Fun Lovin' Criminal' and gets most of the crowd moving from the off. The place isn't packed but there's a decent sized crowd. 'Scooby Snacks' and 'Smoke 'Em' get the best hands in the air reactions  with 'King of New York' and their own take on 'We Have All the Time in the World' also proving popular. The set is littered with occasional references to weed, and tequila shots, and it's a little bit laboured in delivery, as though they've had a heavy night previously. This doesn't detract from the musicianship. Huey really executes some of those guitar licks shaprly, and Frank's drumming is pin tight. Fats is more laconic sipping his tequila and messing with a duck whistle. But with a stack of Trace Elliot bass cabs behind him, keyboards, bass, harmonica and trumpet at his disposal his skills as a musician are never in question. 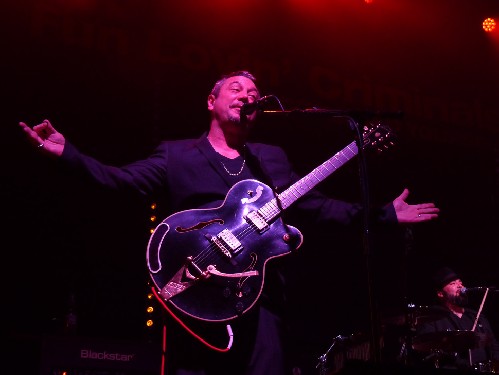 Huey references his time in the marines a couple of times, and before 'Bombin' the L' he refers to his younger self, one that didn't give a f**k, it's clear the sentiment isn't there anymore, but at least he's honest about it. He also talks of the musical landscape the album was launched into, a time before Jay-Z, before breaking into 'Bear Hug', the last three songs are delivered deftly with 'Methadonia' finishing the presentation of an album 20 years old.

Instead of taking a break they plough straight on with a rocking version of 'Korean Bodega', eventually they do call an intermission. They return to the A-Team theme to deliver 'Friday Night' dedicated to the ketamine adled couple up the front trying to get it on. It's the "Barry White, saved your life" chorus of 'Love Unlimited' that makes our Friday night, with a great singalong amongst what's a pretty strange crowd, parts of which seem more interested in themselves.

I'm dissappointed there's no 'Up On The Hill' and more dissappointed that the drink on sale is just rank, the cola is so flat that it spoils 'The Big Night Out' for us ever so slightly. Overall it was a great trip down memory lane by a band I've seen recently as a more And it's all over, whilst the night is still young, I guess that's so Huey can back to London as he has a radio show the next day.

They're certainly not the people they were 20 years, but it's nice of them to treat us to a live version of the album that was a part of our lives back then. Go see them and go find yourself of 20 years ago. The tunes have stood the test of time - they may not have said it tonight, but this sh*t is timeless. 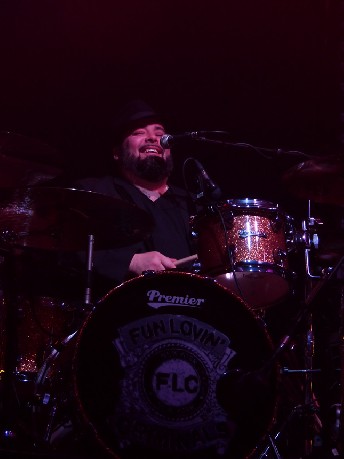 The 20th anniversary collectors’ edition of the modern classic ‘Come Find Yourself’ will be released on the Edsel label through Demon Music Group was released this very day. Available as a 3CD expanded edition and collectors’ Deluxe Edition box set, the release features a plethora of rarities, live recordings, alternate mixes, and much more from the vaults of this landmark record. Bringing a unique collection together from this seminal era for the very first time.