The Corrs / The Shires

The mid 90s saw the Celtic siblings of Andrea, Caroline, Sharon and Jim Corr capture hearts across the globe UK and Ireland. Their No 1 album 'Talk On Corners' was a worldwide best seller, thanks to the mix of traditional Irish music blended with modern pop. But eventually in 2005 they took time out for solo careers and having kids. Ten years later the band announced, after playing Hyde Park, in London, in September 2015 for Radio two, that they were reuniting.

Eight UK and Irish dates were announced for the 'White Lights' tour over January 2016, this would be the bands sixth live tour, obviously to coincide with the new studio album of the same name.

Support was provided tonight by The Shires, a duo of Ben Earle and Crissie Rhodes whom have swiftly become one of the real buzz bands of 2014 & 2015. Getting together as recently as May 2014, and with only a handful of live dates under their belts, they signed to Decca, just before they made their official live London debut, at the second annual Country 2 Country Festival at London's 02 Arena.

The Shires did a perky 30 minute set; I was interested to see if they were actually any good as I'd heard amazing reviews from various sources. I think they were an amazing complement to The Corrs, the side dish to the main meal so to speak. The set was quick and went by in a flash and showcased their self-titled album, it was chirpy, upbeat and easy listening, what more do you want from a support band?

I've been a fan of The Corrs since day one, buying the first release of 'Runaway' and buying their first ever studio album 'Forgiven, Not Forgotten' back in 1995, and seeing them play at Symphony Hall, Birmingham after the success of their cover of Fleetwood Mac's 'Dreams', that was it then, I was hooked totally. 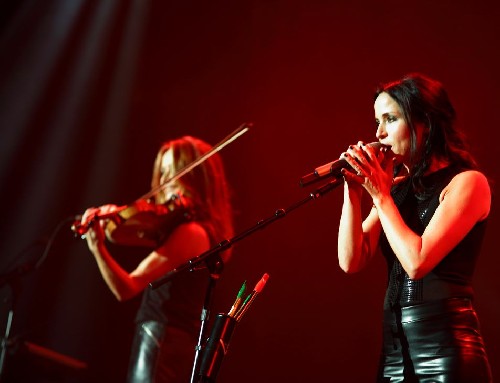 The Corrs are a bit like Marmite, you either love 'em or you hate 'em, after reading social media sites about their reunion it seems the consensus is 'much love'. (Said in a Miranda Hart kinda style)

Top rated tickets for tonight's show are £85, which, even to me seems a bit far- fetched, the most I've ever paid to see an artist was to see Pink at Alton Towers and that was £55, so the tickets for this tour are on a par with Adele's tickets for her tour in March 2016, You would have to be a 'REAL' fan to shell out that kind of money for The Corrs, well, for any act come to that.

7,000 REAL fans packed in to the Genting Arena tonight to see the Irish sexpots perform (Sorry Jim – I'm referring to your sisters J), I'd been waiting for this days for a decade or so, I remember interviewing Andrea a few years ago and I asked the question about a reunion and she replied 'Never say Never', so here we are.

The band graced the stage at 8.35 and performed a blistering set of old Corrs classic's with a tinge of the new material, the audience tonight was mainly a mix of over 40 somethings and for once I didn't feel like the oldest swinger in town.

A 90 minute set of pure sexy Irishness, Andrea was dark and sultry, with smouldering vocals, her voice was velvety and has lost none of its crispness over the years, and she looked amazing with tight leather trousers and a top which didn't leave much to the imagination, especially through a 70-200mm lens. I wasn't complaining though, I don't think 6,999 other people were either (J).

The set kicked off with one of the new numbers, I wasn't paying much attention to the first three songs, especially taking photos of a band you have loved for 15 years + and you're in the pit where they're just a hop, skip and a jump away, I looked through the lens hoping I was taking some good snaps,. After my initial baptism of fire I went to find my seat, I was with all the VIP's, epic seat, amazing view. I sat there in total ore of the band; this night had been a long time coming.

There were so many devout fans that had flew in from Europe to see the band's debut arena show tonight, there were a few Irish fans at the front that were on their feet through the entire show ad they loved every minute of it.

Festivities kicked off with 'I Do What I Like' and what a stonker that turned out to be, amazing! 'Give Me A Reason' was truly wonderful, 'Forgiven not Forgotten', Back to the old days and just what I like, it was epic, felt like I'd been transported back 20 years or so, little gem 'What Can I Do' was another stonker, again and again the vocals werestrong and harmonised and Andrea's voice was so strong. 'Runaway' one of my favourite Corrs songs didn't disappoint it was even better than back in the day, even much so it made all the hairs stand up on the back of my neck, especially when the music died down, and you could hear every little voice sing the chorus, the singalong was mind blowing, that kind of special moment you never forget at a gig. 'Ellis Island' epitomised the bands harmonies, it sent shivers down my spine and I had goose pimples from head to toe, I loved it, it was a surreal moment. 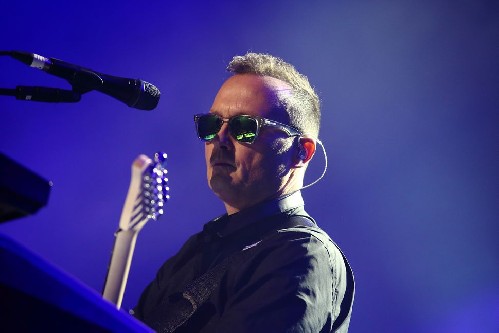 A few of the traditional Irish songs from back in the day which were acoustic, the band back to the bare bones, Caroline came out from behind the drum set which showed her sultry figure and her leather hot pants, Jim donned and acoustic guitar and away we go. Foot tapping and jigging about, happy, clappy, slappy music, brings a smile to your face, I loved this segment, I just needed a pint of shandy and a bag of scratchings to eat to top the segment off.

'Love to Love You', classic Corrs' tune 'Radio' could this show get any better, I was in my element when I heard the first few bars of 'Only When I Sleep' I cried a shriek of delight, I love this tune as much now as I did back then. They saved the best towards the end of the show with 'Queen Of Hollywood' which was my favourite of the night followed up with 'Dreams', 'Never Really Loved You Anyway' and 'So Young'. It truly was amazing, just everything was perfect, the choice of songs, the outfits, Andrea thanking everyone for coming on numerous occasions and for Birmingham for making it such a special night and just how amazing they still are as a band.

The evening was topped off with the most amazing rendition of 'Breathless' at this point the whole arena were up on their feet, too right.

Tonight just made me wonder why the band have stayed away so long, BUT in essence their back and The Corrs did themselves proud tonight, I really am glad I made the effort to come out on a dreary, Cold January evening. 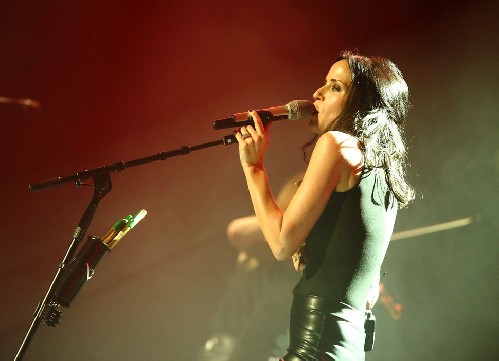