Very few guitarists can claim to be the world’s greatest, however Joe Satriani certainly would be the top contender for that accolade after seeing him perform at Sheffield’s city hall. Currently the legendary guitar virtuoso is in the middle of a European tour to promote the current album 'Shockwave Supernova'. 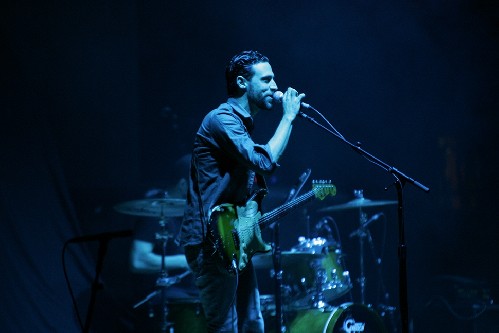 Support for tonight’s show came via a South African guitarist called Dan Patlansky. Who?? Like you, I was unfamiliar with the name. However after seeing him play for 35 minutes, I soon learnt that Mr Patlansky is a blues-rock orientated musician. His songs are well crafted and have an infectious melody which makes you tap your foot along. One of the highlights of Dan Patlansky set was 'Backbite' which also happens to be his lead single from the album 'Dear Silence, Thieves.' There is no denying that Dan Patlansky is hugely talented, hopefully he will get the recognition he deserves in due course.

Joe Satriani arrived on stage wearing his traditional black jeans and sunglasses and ploughed straight into 'Shockwave Supernova'. Joe’s mastery of the guitar is nothing short of jaw dropping. Joe has mastered many high end guitar techniques such as two handed tapping and whammy bar effects to name just a couple, which he expertly interjects into his material at supersonic speed. Throughout the set 'Satch' was able to showcase these techniques effortlessly throughout the evening. 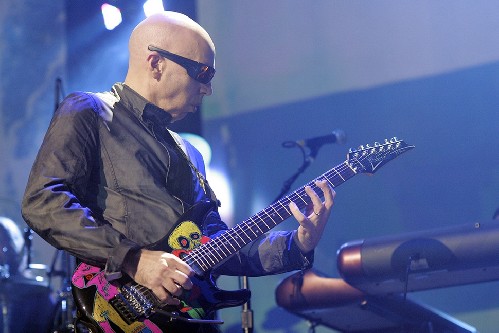 Due to having a blues/rock guitarist as a support act, it probably would have been too repetitive to have a full evening of blues type music. Thankfully Joe had designed a setlist which was more rock music orientated.

Some of the highlights of this performance was hearing 'Crystal Planet' played live, personally I feel this was one album which should have been given a lot more kudos when it was released back in the late 90s’s. Also hearing the contrast between the melodies on 'Butterfly and Zebra' was another highlight for many of the fans. As a long-time fan of Satriani, it was a real pleasure to hear the live version of 'Flying in A blue Dream.'

Joe was backed up by a group of musicians who were extremely talented (well you would have to be, to be able to match Joes guitar prowess) Marco Minnemann was on drums, and at one point he performed a herculean drum solo to showcase just how skilful he is on the drums which got a volcanic round of applause. On bass was Bryan Beller who was able to be the beating heart behind Joe's intricate axe work. The line-up was completed with keyboardist and guitarist Mike Keneally. All very accomplished musicians in their own right. 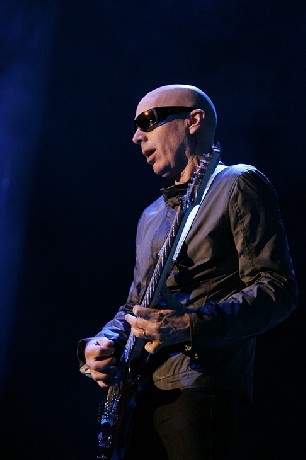 After dazzling his fans with his effortless fretwork for nearly two hours, Joe played an old fan favourite 'Satch Boogie'. This got everyone in the audience tapping their feet along to the frenzied high octane guitar wizardry that fans have come to expect from Mr Satriani.

Joe and his band waved goodbye and walked off stage, obviously his fans were not going to let him go without shouting for more. As expected, Joe and his band of exceptional musicians took their positions to start the obligatory encore. 'Big Bad Moon'  got most of the fans onto their feet and again Joe appeared to play this effortlessly without even breaking into a sweat. Of course, there is only one song that Joe can bring the night to a close with, and sure enough 'Surfing With The Alien' reverberated throughout the city hall as Joe belted out the blistering solo's and melodic verses in front of a video screen which was showing the silver surfer hurtling through the atmosphere.

A breathtakingly jaw dropping mesmerising set from Joe Satriani. No other guitarist even comes close to matching this virtuoso.