It's Saturday, it's the legendary Fleece in Bristol, and there's a band playing ON THE BAR! Not in the bar, around the bar or next to the bar... actually ON THE BAR!

As unexpected as this is, you do kind of expect it from The FC's who have pretty much have torn pages out of the rule book, rolled them up and smoked them! You see this is what happens when a perfect union is formed between rock royalty (Ex-Blue Aeroplane - Hazel Winter) and wayward young maverick Commander McNeil. 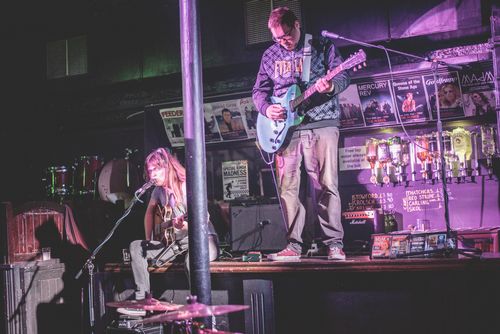 As I squeeze past the sizeable crowd (word has obviously got out to expect something special) , I still have to adjust my eyes to see Voodoo Queen Hazel sat aloofly upon the bar, guitar in hand with a demonic look in her eyes (thanks to the warpaint across her eyes). Whilst her partner in crime commands the stage (or in this case…bar) stood aloft, embellished with eye make-up that would make Marc Bolan proud! Things start as they mean to go on with opener 'Melt' which is a noisy and ferocious introduction. This also highlights their left of leftfield side as the song features a sample from 'Back to the Future' played down the microphone off their phone. On the surreal barometer, at this stage we are already on a 10!

Without pause it's 'Splinters' that follows next, an ode to McNeil's father who after one too many, passed out at a Death Cult gig to awake outside underneath a statue of an angel not knowing if he was dead or alive.

At this point in the show, it's apparent that the fusion of witty, sharp lyrics delivered with a vicious but melodic streak works! 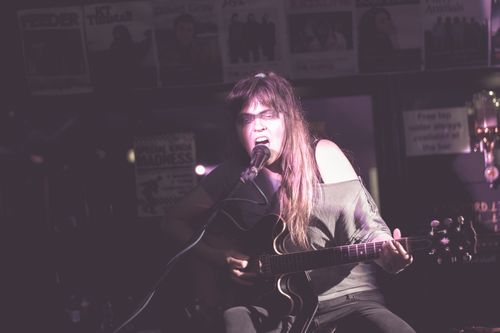 They have a unique ability to sneak up and disarm you, before delivering another aggressive sonic assault. But tonight there are also moments of shade from the sublime and mellow 'Chaos' through to the shout along 'Slipknot' with the crowd chanting, "The singer from Slipknot went to Rome to see the Pope".

They both share vocal duties as the night goes on and each bring a unique style or flavour. It's clear they have a lot of local support as I witness sections of the crowd throwing the most unusual shapes in response to set closer 'Hum' which is a total rock 'n" roll, bluesy blow out!

So what did we learn tonight as we leave sonically battered and lyrically bruised after our warped encounter?

If anything it's that you can escape convention, be lyrically subversive underneath an avalanche of melodic noise, samples and hooks... you can also have a good time doing it! 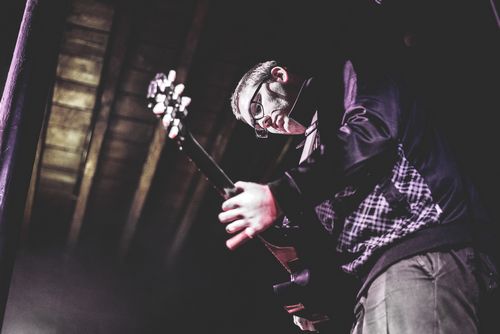