It's not every day you see a rowdy rebel of Levellers fans take to the old seats of a town hall, to sit (fairly) quietly on a Friday night and watch a film. It helps that the main subject of said film is bassist Jez Cunningham, who director of the film Dunstan Bruce says "If you don't love Jeremy already you will after this." And he is completely right. He failed to mention you would also love Jez's parents, who "should be auditioning for Gogglebox next year!" jokes Jez. 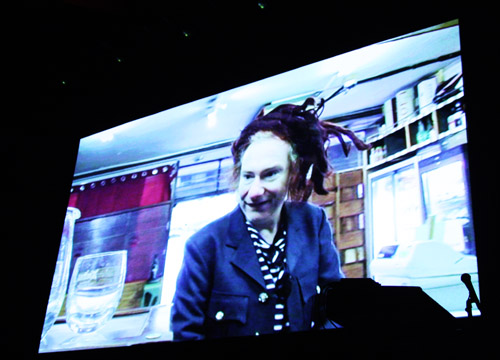 The event tonight is to screen the film 'A Curious Life', focusing on the early days of the Levellers, and which follows Jez around his hometown of Brighton, feeding his 'pet' seagulls cat food, as he gets lost trying to buy whiskey whilst in London, asks him about his past troubles, looks at his art studio and the Levellers archive during a visit to the Metway Studios and visits his parents' house, who have saved every paper clipping since the band began. It also shows footage of past gigs, including really early footage, and interviews the rest of the band. One of the best parts by far is Jez reading all those (totally undeserved) bad reviews from the music press; sat on a toilet. I will not spoil it by talking too much about it but it is a very honest, heat warming and funny film that is a must see for all Levellers fans. 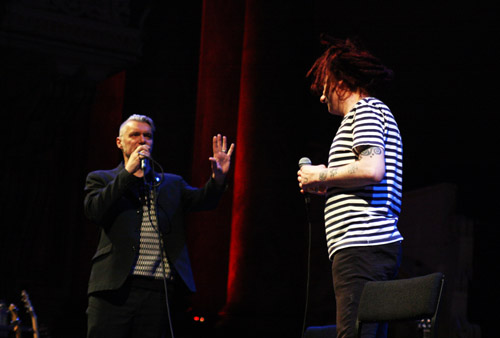 Immediately following the 78 minute film is a question and answer session with Dunstan Bruce (yes, from Chumbawumba) and Jez, where the questions from fans (and especially one 'shouty lady') included Why do you have so many stuffed squid?, How do you do that thing with your dreads? and How long did that bottle of whiskey last? Do you wish the band were less famous? There were no Beautiful Days announcements Not until 24th March!

This is not the end of the evening though, as it's now time for an acoustic set with the whole band! Steering away from hits mainly it's a look back across their career, with their first song 'Boatman' and an airing of their first ever song 'Hard Fight'. The arrangements sound beautiful and match the setting, as the film may have echoed slightly in this vast space but the acoustics are excellent for this type of gig. Drummer Charlie has an empty box of Baileys for a bass drum, and it works really well! Boakes' didgeridoo sounds well too, and the hat balanced on his head, tweed jacket and make up look even better. 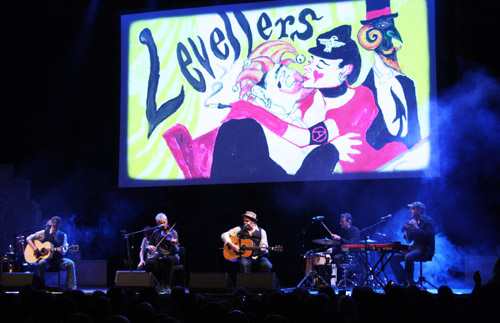 The security are having to hold people back and tell them to sit down for people to see, so some are dancing at the sides and the back, but it soon descends into friendly chaos with the crowd dancing to the front in the latter half of the gig, and the security giving up and leaving the to it, getting the occasional hug from a drunken fan. The lady who is always three people high (you will know who I mean if you have been to a Levellers gig around here before) is front row, and stands on a seat at one point. Nowt like tradition!

It's not long before the whole place is dancing, even the lady on the door. It's a nice setting to have it in, though I do fear slightly for the strength of the balcony due to all the stomping, especially during 'Dirty Davey' and 'Burford Stomp'! The elderly ladies on the bar look very relieved when the show is over, this must have been a bit more challenging than the odd conference held in this building from 1855! 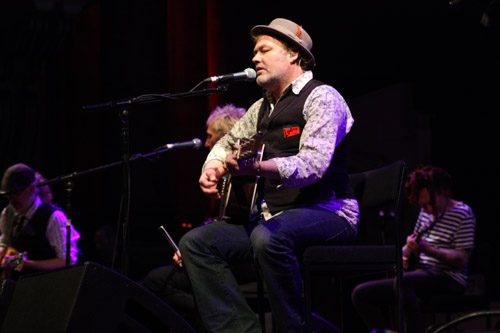 Carry Me
What You Know