Baby Strange descend upon the Belgrave Music Hall in Leeds tonight, alongside fellow headliners Dolomite Minor, as part of their joint tour of the UK.

Spawned in Glasgow, brothers Connaire McCann (drums) and Aidan McCann (bass), together with Johnny Madden (vocals/lead), brought their first punk/garage album 'Friends' to our musical ears back in 2013. This evening, they provide a tight and polished set to a half-packed room of respondent fans who are clearly here to see the Scottish three. 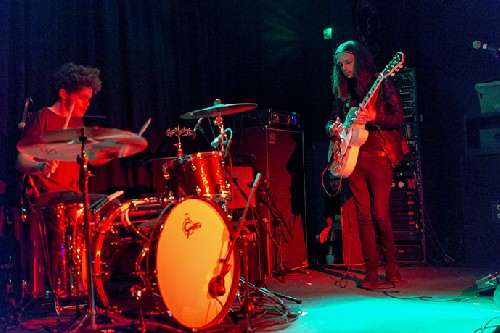 First up though, Dolomite Minor, a two-piece from Southampton comprised of Joe Grimshaw (vocals and guitar) and Max Palmier (drummer). They have come on since 2010, being something of a regular at festivals across the UK last year, including the mighty Glastonbury. Tonight, we're treated to a rather lovely melancholic Alt Rock set which was small in duration yet massive in terms of sound.

Their introductory number  to my ears, a Wolfmother like instrumental  had me thinking this was to be a fast-paced set, yet this quickly changed to a much slower and somewhat darker vibe and remained as such for the following 30 minutes. Nirvana came through at points; early Black Keys at others  not just because of their 2-man set up, either. From every monotone verse into every big, bluesy chorus, the band kept the crowd captivated and almost zombie-like. Grimshaw has a rather beautiful singing voice, mid pitched, and well suited to his style of dour song. My favourite tune of the evening (and perhaps theirs since it closed the set), 'Watch Yourself', gave Palmier a wonderful opportunity to demonstrate his unquestionable drumming skills as he finally lured punters onto the dancefloor. All up, a real treat, although particularly for those like me who appreciate some Blues. 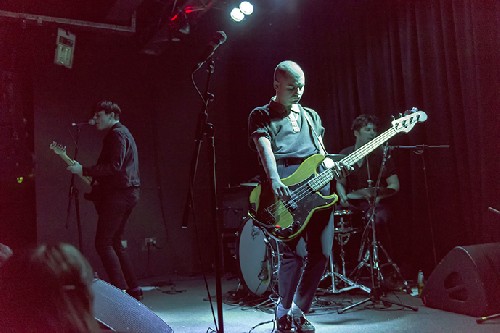 And so, to our Scottish friends, Baby Strange. To be fair, they had a difficult task following Dolomite Minor and for their fans they certainly didn't disappoint. A mosh pit quickly formed during their first track, 'Most Days', and remained in place throughout the show. Many of their songs you would call Punk, although there was an odd sprinkling here and there of a more traditional rock and roll sound; either way, the dance floor moved in time with each song and never missed a beat. Their early release, 'Pure Evil', was extremely well received and the McCann's energy together with Madden's ranting vocals, sounded like The Clash and Kasabian had hooked up for a  ahem  Jam. There is some T-Rex in there too, not just by way of their name; there was a much slower paced number which was, to me, more Glam than Punk. Saving one of their flagship tunes, 'Friends', to close, they bowed out as expected: loud and fast, sending the audience into a frenzy with bodies and water scattered everywhere. All up, Baby Strange have a fine style, they write some great tunes and they play a punchy, energetic set. Catch them at a smaller venue, while you still can.