Walking up to the entrance of Norwich's Waterfront Studio tonight, I'm presented with a sense of déjà vu. It was after all only February that I arrived at this very venue to review this very band. The band I'm talking about is Cambridge's The Treatment. Eight months ago I spoke of a band that was at a make or break point in their career. Tonight I look to find out which it was. 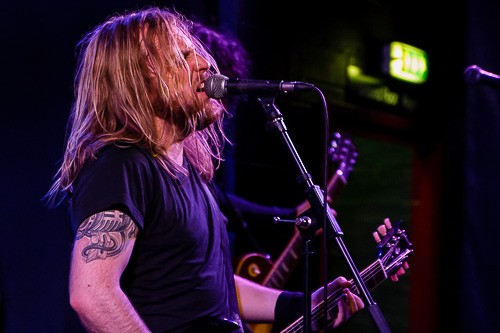 Opening up on this tour are hotly tipped Australian four-piece Massive. With a name like that you may think they are surely setting themselves up to fail. Massive however do have the potential to live up to their name, but sadly with the state of the music industry at the moment they'll probably end up being another decent band with nowhere to go. It's a hard rocking set however that get's those in attendance more than ready for what's to come on an evening set to feature three very talented young rock groups.

Speaking of déjà vu as I was, next up to entertain the crowd are the brilliant Buffalo Summer. The only other time I've caught these guys live was in this very venue last year supporting Heaven's Basement. They were impressive then and if possible are more so tonight. Four men hailing from South Wales, you could be fooled into thinking they were from the Southern United States as they deliver their southern rock inspired sound.

Their time on stage is far too short as they groove their way through the likes of 'A Horse Called Freedom', 'Rolls On Through' and 'Down To The River' from their fantastic self-titled debut album. We also get a preview of some new material which promises much for the future for Buffalo Summer. Keep an eye on this band, they play music that you can't help but move to with choruses so catchy you can't help but sing to and in my opinion that's a winning combination. 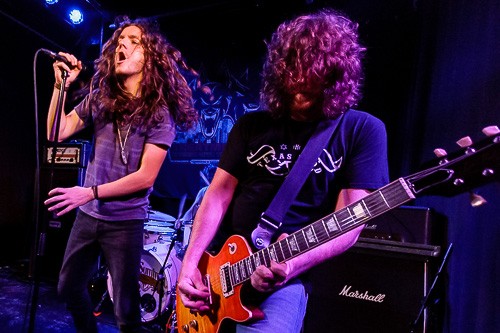 Now then, on to our headliners tonight, the aforementioned The Treatment who are towards the end of their 'The Second Bite' Tour in support of their second album 'Running With The Dogs'. That last show of theirs that I reviewed here came on the day that said album was released and as mentioned I dubbed it make or break for the band.

To recap quickly The Treatment are still very tender in age yet have already released two albums whilst supporting some of the biggest names in rock on tour. As impressive as these support slots have been, they've put The Treatment at risk of always being viewed as a support band by the rock world. It's time for them therefore to head out and forge their career as headliners in their own right.

Looking at things now eight months down the line it's hard to see where we stand. The band most certainly aren't broken as they demonstrate with another textbook performance tonight, but sadly I can't see the progression either. 'Running With The Dogs' is a great album but it hasn't broken the band in the mainstream as hoped. You only have to look around the venue tonight to see that there aren't any additional numbers in the audience compared to February, if anything there are less people at tonight's gig. 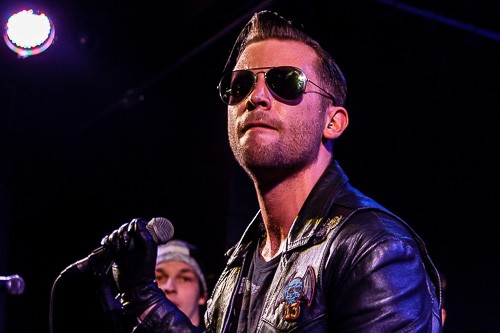 This is sad as you are guaranteed a good night out when you go to watch The Treatment. I called it a textbook performance and that's what The Treatment are  a textbook classic rock band. From their leather-clad appearance to their hard and fast retelling of the classic rock genre, from their onstage presence and swagger to the way they carry themselves off it, everything you could want in a rock 'n' roll band you get with The Treatment.

You can tell tonight though that there is a hunger and a desire within this band to succeed and I do believe they will. They have established themselves with top performances like tonights and they still just need to have that breakthrough hit that will take them to the next level. And who knows that may well come with their next album as the band tonight give us a new track in the shape of 'Bloodsucker', which is a great little rocker that bodes well for the future.

From start to finish tonight The Treatment deliver the goods. Mixing tracks from both 'Running With The Dogs' and debut 'This Might Hurt' the set list hasn't changed much from February but that's not a bad thing in the slightest. Tracks such as 'I Bleed Rock + Roll', 'Emergency' and 'Shake The Mountain' help the audience forget that it's a Sunday night and party like it's a Saturday night.

Tonight is another excellent example of the great value rock shows that go on every night of the week across the country featuring great young bands. All three bands tonight deserve to be huge, sadly for all three they have probably been born in the wrong era. 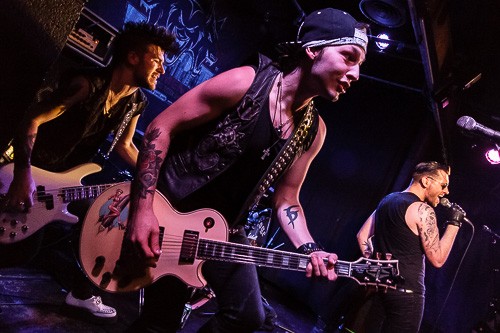