The Graveltones / Tax The Heat

This past weekend thousands flocked to the Reading and Leeds festivals; meaning only one thing  summer is over and music lovers swap muddy fields for sweaty clubs. Clubs like the Waterfront Studio in Norwich which tonight plays host to two of the new breed of classic rock bands. 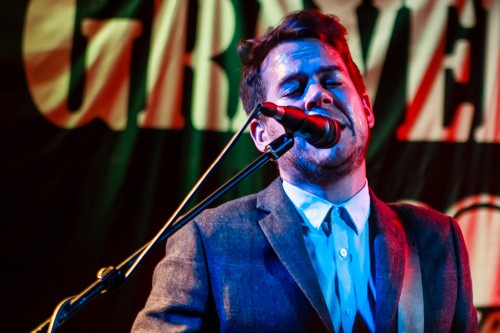 First to squeeze themselves onto the tiny stage are Bristol four-piece Tax The Heat. These boys are certainly worth keeping an eye on, and thankfully they're not averse to hitting the road. This summer alone they've been out and about with our headliners tonight The Graveltones and ex-Thin Lizzy lot Black Star Riders and they've played well received slots at the likes of Calling, Steelhouse and Download festivals.

And all this time is clearly paying off, because seeing how tight they are on stage tonight you could be fooled into thinking they've been on the road for years on end. It's a well oiled performance that clearly impresses a receptive audience. Tax The Heat are definitely a band that dress for success, parading some snazzy suits on stage, and hopefully success will follow for this great young band.

New, young, hungry bands are a theme tonight as we await our headliners The Graveltones. New music is of course something we should all be supporting and it's great to see a decent crowd has acted with their feet and ventured out to tonight's show. At a time when so many of our countries beloved live venues are fearing closure including tonight's, it's nights like tonight that show that there is still a hunger for a good old fashioned rock 'n' roll show.

As a two piece rock outfit The Graveltones will have to endure regularly being compared to the likes of The White Stripes and The Black Keys. But instead of arguing about who The Graveltones sound the most like, people need to realise that they sound most like The Graveltones. Their sound is unique and for me a lot rawer than their predecessors and it's this rawness that helps sets them apart. 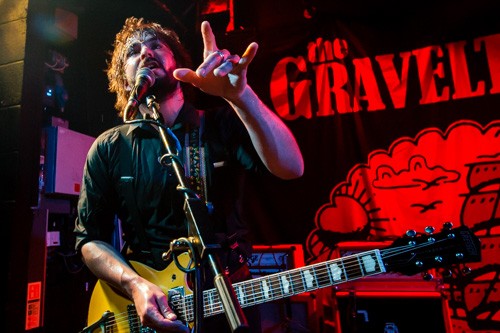 Tonight The Graveltones prove themselves a ferocious live act taking this extremely hot venue by storm. From the moment they stroll onstage Jimmy O and Mikey Sorbello hold the crowd in the palms of their hands and lead the enthralled audience through a lengthy set that lasts slightly under the 1 hour 40 mark. Not bad considering the band only have one album to their name.

That album is entitled 'Don't Wait Down' and sees this two-piece place on record what they've been doing onstage for some time. 'Don't Wait Down' is one of the numerous great rock albums we've witnessed from the new breed of classic rock bands that have emerged recently. Bands such as The Temperance Movement whom The Graveltones toured with last year and tonight's opening act Tax The Heat.

Tonight it really seems that the band are putting everything into the show from the length of the performance to the passion they demonstrate and the energy they exert. It's the songs that fans know from 'Don't Wait Down' that impress the most tonight such as 'Bang Bang' and 'Catch Me On The Fly' but honestly from start to finish there's not a dull moment.

Having seen a copy of the set list for tonight, I'd not expected an encore however after the band the left stage the audience remained, and remained and wouldn't leave until Jimmy O re-emerged and serenaded the crowd with a fantastic rendition of 'I've Got Blood In My Eyes For You'. And when Sorbello returns to the stage the band manage to somehow summon up another three songs ending with John Lee Hooker number 'Boom Boom'.

As our sweat soaked bodies hit that fresh evening air as we exit the venue the only topic on people's mind is just how good an evening of music they've just witnessed. 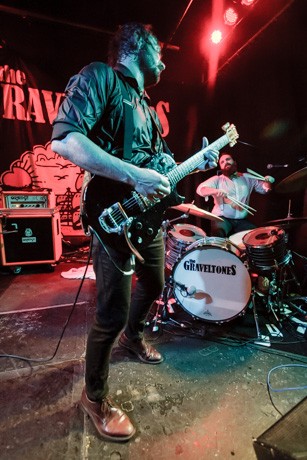