There are but a mere handful of British songwriters who have the wit and intelligence to be truly subversive. On the surface a purveyor of catchy, sing-along tunes that the postman would whistle, whilst underneath lies dark pathos, satire, social comment wrapped up within bitter-sweet tales of everyday life. Its rare an artist has 3 bites of the cherry, from The Housemartins, through The Beautiful South and a successful solo career, Paul Heaton has, for the best part of 30 years always had something to say whether lyrically or musically.

As I prepare to make my way to Bristol for tonights show, I hear on the radio that Paul Heaton and Jacqui Abbotts first album together 'What We Have Become' is number 3 in the album charts. This is their first album together since Jacqui left The Beautiful South in 2000, and for many Jacqui is the definitive female face and voice of their most successful era. This borne out not only by the success of the album, but also the sold out tour. 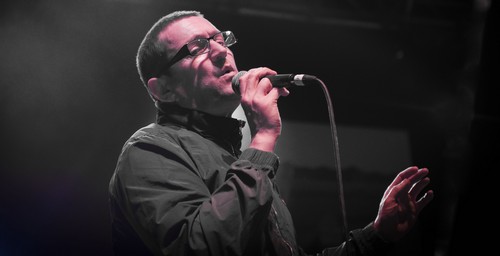 If you ever wanted to find out what a sardine in a tin feels like, you should be here tonight as the venue is full to capacity. Just after 9pm Paul and Jacqui saunter onto the stage greeted by mass applause from the very vocal crowd. The love for them is palpable. Both looked trim, well and relaxed. First thing to mention, the new material (as you would expect if you followed Pauls previous solo work) is simply a joy. It nestles itself perfectly amongst the back catalogue, with biting commentary and catchy choruss delivered with endearing intent. Recent single 'DIY' proved to be one of the many highlights of the new material. Vocally the years have been kind, and it shows early on in the set as they charge through 'Old Red Eyes Is Back'. The past is revisited a number of times throughout an evenly balanced set of the new and familiar.

A personal highlight being the gorgeous 'Build' from Pauls Housemartin days. This the first of many crowd sing-along moments. Pauls humour and wit were much in evidence between songs as he bantered with the crowd mentioning Michael Jackson is only one place above them in the charts and asking the crowd who bought it?. When one of them replied saying sorry, with tongue firmly in cheek, Paul quickly responded with 'Dont be sorry, be ashamed' much to the audiences delight.

The crowd were treated to gems from the back catalogue leading again to mass sing-alongs of 'Happy Hour ', ' Good as Gold (Stupid As Mud)' and 'Dont Marry Her'.

Not so much a renaissance, more a rediscovery for both artist and audience, the score for the night  'a perfect 10'.