I first became aware of Sophie Ellis-Bextor in the late 90s when she fronted indie band The Audience. That was also the first time I saw her perform live. But as the 90s fizzled out and Britpop ran out of steam, like so many bands of the time I assumed this would be the last I would see of her. 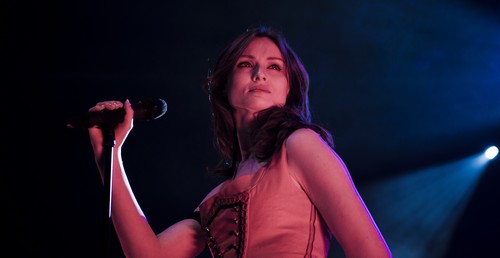 I was of course to be proved wrong. What followed was a collaboration with Spiller resulting in the number 1 single 'Groovejet'. Hot on its heels was debut solo album 'Read My Lips' spawning the massive hit ''Murder On The Dancefloor'. Since then Sophie has gone on to release 4 further albums including the latest one 'Wanderlust' which has just gone Silver. All of which brings us to tonight's show.

It's fair to say that there appears to be a 50/50 split between male and female fans, some of which are glammed up to the hilt. Sophie takes to the stage looking just as glam, if not more so in a pleated Red embroidered dress and sliver sparkly shoes. Sophies extremely personable on stage as she greets the crowd proclaiming Bristol to be one of the friendliest cities she has visited; telling us of her day spent shopping in the city. Its 3 years since Sophie last toured, although you wouldnt know it as she opens the show with 'Birth Of An Empire' the first track from her new album. Sophie proceeds to showcase more songs from the album, many of which are certainly a departure.

This is due in part to her new writing partner Ed Harcourt who has also joined her on the tour. The new material has a range of influences where at times I'm reminded of Kate Bush albeit with an eastern influence. It's a bold move, but one that pays dividends. Highpoints include a stunning 'Young Blood' where you could hear a pin drop and a truly sublime 'When The Storm Has Blown Over'. Previous album track 'I Am Not Good At Not Getting What I Want' from 'Shoot From The Hip' is dusted off and is a hint of whats to come later in the set.

Sophies 6- piece band are a perfect illustration of where Sophie is today in terms of musical direction. It would of course be easy to put out another dance influenced album and perform to backing tracks. But Sophie is far more ambitious, and it shows. 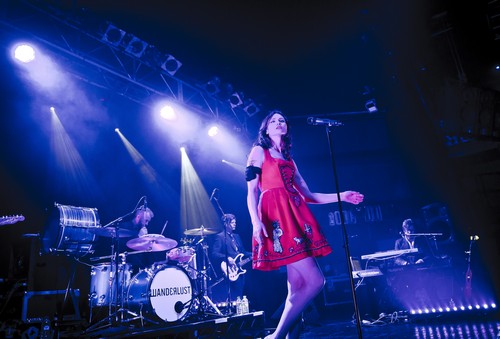 Vocally there is not a step put out of place which can be both delicate and assured.

Before you notice, just over an hour has passed and after a quick costume change Sophie emerges to perform a mash up of 'Take Me Home', 'Lady' by Modjo, 'Groovejet' by Spiller and Moloko's 'Sing It Back' which sees her in familiar territory. It may be a Tuesday night outside, inside it's pure Saturday night. The Abba-esque 'Heartbreak (Make Me A Dancer)' takes the blissed out mood to another level altogether!

There are few people out there that can effortlessly embrace disco/dance/hi-energy and the sheer diversity of songwriting influences that adorn the new album.

So with that is mind, who is Sophie Ellis-Bextor? I suspect its only now we are beginning to find out. 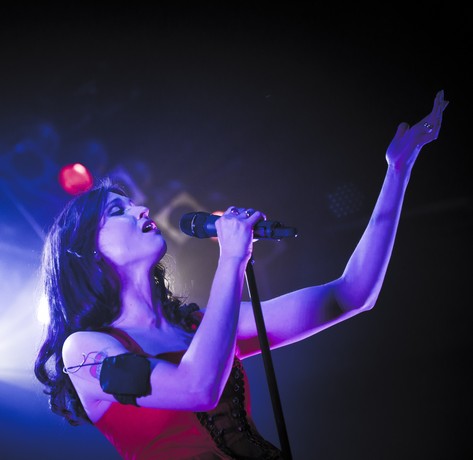