Wembley certainly was the place to be on Saturday 12th April 2014. Supporters of both Wigan and Arsenal packed into the famous Stadium to witness a poor Arsenal struggle to overcome lower league opposition in the F.A. Cup Semi Final. Meanwhile the iconic Wembley Arena played host to hordes of metal fans as Within Temptation came to town. The Wembley name truly is world famous, which makes it very sad that the Arena will be dropping the name from June 1st, instead going by the SSE Arena. Brand it what you will it will always be Wembley to me. 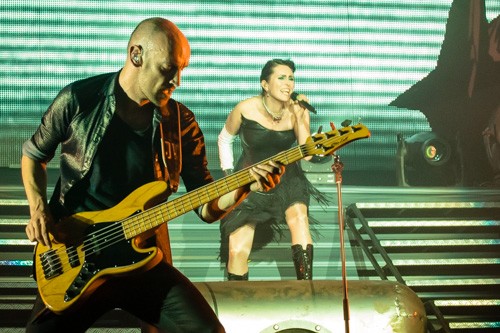 A few eyebrows were raised when Within Temptation announced their Wembley date, with me as one of those wondering whether they could sell enough tickets to fill this huge space. Sell they did however as fans flocked to the Arena in their droves and left barely a seat unfilled. Fans of symphonic metal and in particular the Dutch variety were given a double treat as supporting our headliners were their fellow countrymen (and woman) in Delain. Delain are led by former Within Temptation keyboardist Martijn Westerholt and vocalist Charlotte Wessels. They delivered a splendid performance finishing off with a rousing rendition of 'We Are The Others'.

There was a celebratory atmosphere inside the venue as fans of Within Temptation celebrated making it to a venue such as this and even more fans of metal celebrated its continuing resurgence. As a band however Within Temptation aren't strangers to large venues. In their homeland for instance they have been a big name for some time with the ability to fill up these buildings. They are an award winning group back home and now it appears things are finally gaining momentum for them elsewhere.

On the back of performances like this that momentum is thoroughly deserved as the band demonstrated how an arena show should look and sound. Performing in front of an impressive stage setup the band had the crowd in the palm of their collective hand. A large video screen encased by dragons and plenty of pyrotechnics help add to the theatrics involved in a Within Temptation show. I always feel that an arena show needs such visual stimulants to make fans in the nosebleed seats feel as part of the show as the fans against the front barrier and with this setup the band have got it spot on. 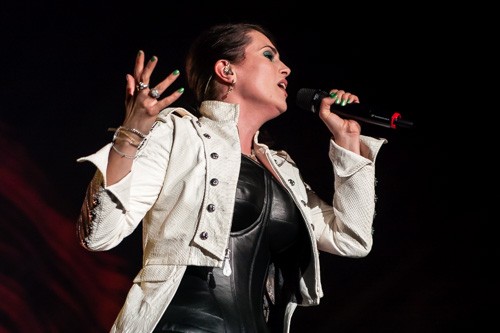 This was however a gig, and no matter how good the scenery is, it's the music which the show must stand or fall on and Within Temptation have no problems in that department. Their focal point is of course the lovely songstress Sharon den Adel who led her band cohorts through their impressive set list. As with most of the symphonic metal genre the operatic vocals are what defines the music and with den Adel Within Temptation have one of the best all round front women in rock.

Coming as part of a five stop UK tour the Wembley show was part of a world tour in support of new album 'Hydra'. 'Hydra' is the group's sixth studio effort and comes on the back of 2011's very successful offering 'The Unforgiving'. 'Hydra' is their third album to hit the number one spot in their home country with a number two and a number three for two more albums; Within Temptation truly are prolific in the Netherlands. As I've already mentioned though, the rest of the world is taking note and 'Hydra' hit the number six spot in the UK, very impressive for such a niche genre. 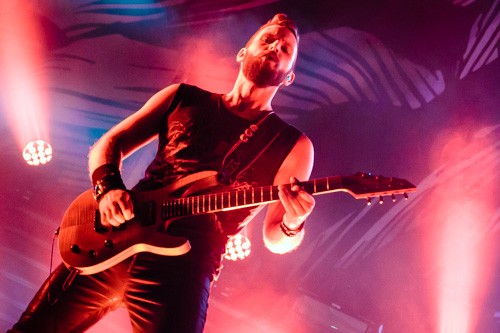 As you would therefore expect the 'Hydra' album took centre stage at Wembley Arena with no less than eight tracks receiving an airing. Recent single 'Dangerous' which features former Killswitch Engage singer Howard Jones received one of the best receptions of the night as the crowd lapped up both the new and the old songs. As far as the back catalogue goes each album was represented with the telling exception of 1997 debut 'Enter'.

Standout tracks included 'Faster' and 'Stand My Ground' before the band brought their main set to a close with the classic 'Mother Earth'. By this point the audience were desperate for more and more they got with an encore of 'What Have You Done', an acoustic 'Whole World Is Watching' and a surprising highlight in Lana Del Rey cover 'Summertime Sadness'. The crowd are then sent home happy with fan favourite 'Ice Queen'.

On a night that Wigan and probably even Arsenal fans will want to forget Within Temptation left their fans with a night to remember. Any doubts about the bands ability to fill and entertain a venue of this size in this country were removed. Best of all England doesn't have long to wait for their return as they are set to hit the main stage at this year's Download Festival in June. 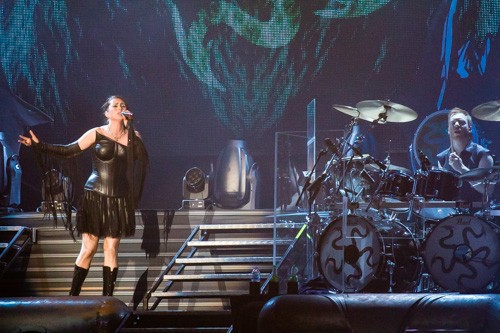