Anyone who has ever picked up a newspaper, watched television or turned on the radio in the last 30 years would be aware of George Alan O'Dowd, otherwise known as Boy George. His was the face of the 80's, a huge cultural icon with multi-platinum selling albums and vast international success.

In recent years Boy George has built up a solid reputation as a much sought after club DJ. However late 2013 saw the release of George's first studio album in 18 years, the warmly received 'This Is What I Do'. Tonight is part of a short run of shows across the country, and an opportunity to hear the album translated live. 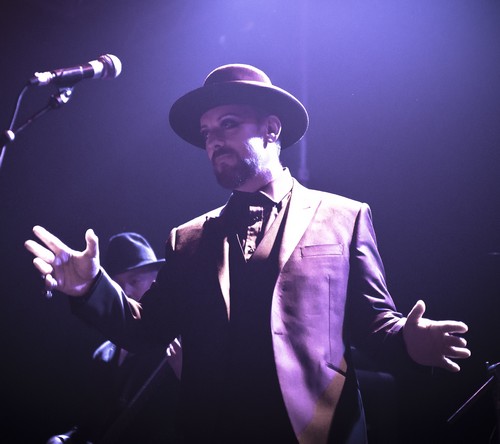 But before we get to all that, it must be said that George looks amazing! Cutting a slim impeccably styled figure, George arrives on stage to rapturous applause from the sold out crowd. Now, he has the 'look'.but does he still have the 'voice'?

As his accomplished band open the show and George begins to deliver his vocals, it's clear to hear that if anything his voice has improved. It's now somewhat lower in register, with a richer texture that lends itself beautifully to the new material. As you might expect this is a set dominated by the new songs which some might say is a risky move. However, It's a risk that pays off as George and his band effortlessly glide their way through funk, reggae, and soul. Highlights include the slow infectious groove of 'Nice and Slow' and a very soulful 'Bigger Than War' This is the music George was born to perform, and much like the title of the album, this certainly IS what he does. 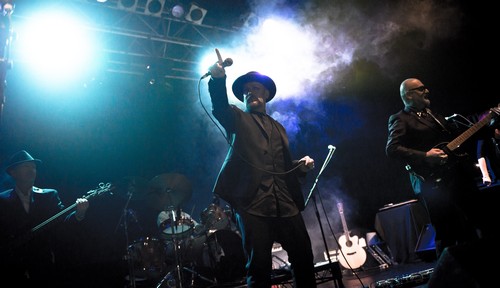 Although George can (if he so wishes) turn on the glam pop star persona, tonight he is first and foremost a musician. Credit must also go to the band, instead of taking 'any' backing band on tour, it's clear to all they have been lovingly handpicked, and equals on-stage. George takes the time between songs to graciously applaud them and give recognition. There are no ego's on stage tonight.

It's as a result of the new material, George's new found voice and the musicianship by all involved, that the show is elevated above any notion of tribute act or cheap nostalgia. This is apparent through the pared down reworking's of 'I'll Tumble 4 Ya', 'Do You Really Want To Hurt Me' and 'Karma Chameleon'.

Things move up a gear with a raucous 'Church Of The Poison Mind' with the full band unapologetically letting rip! This sets a template for T-Rex's 'Get It On' with the Brass section working double time!

So tonight was a night of contrasts. It was a night to be reacquainted, but also a night of introductions and new possibilities. For me it was the newer material that edged it, we witnessed an artist, whilst not afraid to acknowledge the past also forging a new path. A path I'm glad to have been led down. 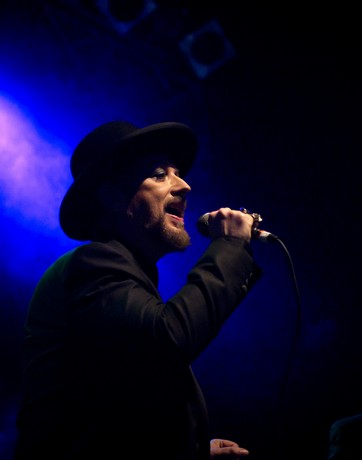