We Are Scientists / Superfood / The Heartbreaks

Following a miserable wet winter, spring is making a welcome appearance and today has been a beautifully sunny day. What better way to end the weekend then with a gig, so I head to the Waterfront here in Norwich. Playing tonight are American indie heroes We Are Scientists, who have recently released their fifth studio album 'TV en Francais'.

First on stage this evening are Morecambe five-piece The Heartbreaks. Looking like a throwback to 90's Britpop with The Beatles haircuts the youngsters plough through a set of guitar driven indie rock. It seems that most of Norwich are still enjoying the weather as the venue is nearly empty during their performance but The Heartbreaks don't let this stop them as they do well to win over the few that are inside the building. 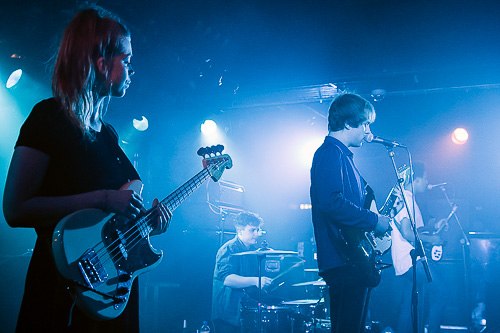 Thankfully it must be getting cold outside because the venue is much fuller as main support act Superfood take to the stage. The Birmingham four-piece do well to entertain the growing crowd and will have won over some new fans in the process. Ending their short show with a self-titled track; Superfoods' time on stage sets up our headliners nicely.

It's been almost ten years since We Are Scientists first gained the UK's attention with their second LP, major label debut 'With Love And Squalor'. The album produced a number of hit singles including 'Nobody Move, Nobody Get Hurt' and 'The Great Escape'. 'With Love And Squalor' came at a time when indie music was the in thing and helped catapult the band into the mainstream. Of course guitar music is apparently now out of fashion and many hipster type people have long since forgotten the band. The venue is far from sold out but there is still a good number of fans wanting to reminisce about a time when bands were popular.

Popularity isn't something I think We Are Scientists are too bothered about and they have always done things their own way. Tonight's show is the perfect example of that as they forgo usual gig etiquette. Instead of a steady stream of music, the three-piece led by Keith Murray and Chris Cain stop the flow every two or three songs to engage in banter with the audience. Werewolves are a key theme for tonight's banter and even a member of venue security is somewhat reluctantly made to join in the fun. 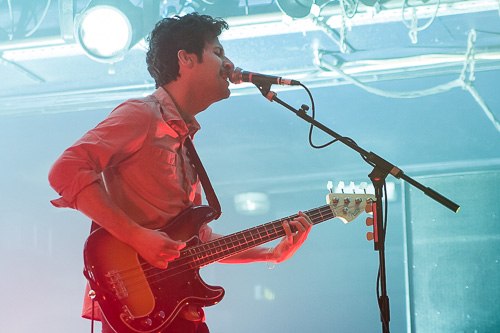 The banter is very funny and helps make the show different to the usual gig formula, but the fans have of course paid to hear their favourite songs. The band deliver these well with the likes of 'Nobody Move, Nobody Get Hurt' coming early in the evening and reminding the crowd that We Are Scientists are great songwriters and performers. All in all though they are great entertainers and that's what live music should be about, having fun and being entertained.

The set list tonight spans the bands four major label studio albums and showcases their career adequately. The bands time on stage comes to an end rather earlier than expected with an outing for fan favourite 'The Great Escape'. The band then continue to flout gig tradition by failing to return for an encore, sending the audience home confused but thoroughly entertained. 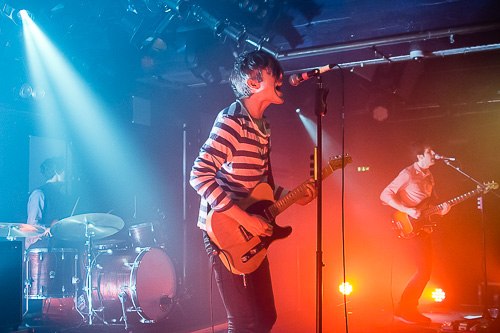