Starsailor (currently on hiatus) were the darlings of the indie scene in the early 2000s.Their debut album 'Love is Here' making it to number 2 in the charts, over 10 top 40 singles, and 3 million albums sold! So you know you're in safe hands tonight with lead singer James Walsh as his solo tour hits Cardiff.

When I mentioned I was photographing and reviewing this show, some seemed a bit vague about Walsh and the band, this soon changed after playing a few tracks from the Starsailor back catalogue. Its surprising how many songs people know without knowing they know. 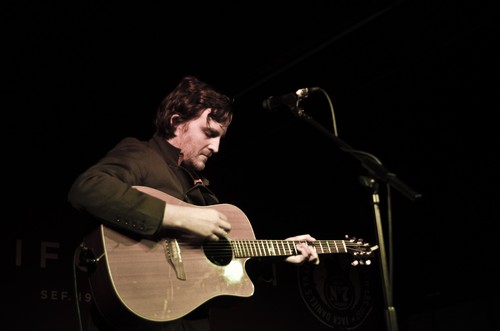 Not yet familiar with any of Walsh's solo material, I enter the venue with an open mind. Yes of course there are those here for the "hits", but also I sense curiosity about new offerings. Due to Starsailor's rapid ascent, this is perhaps the first time many have seen Walsh in an intimate setting. His recent EP 'Time Is Nigh' has no doubt given fans an indication of what to expect from his first solo album 'Turning Point' in the new year. This sees Walsh abandoning the traditional record company route, instead choosing to have more creative control via funding its release though Pledgemusic.

I'm ushered upstairs to the top floor of Clwb Ifor Bach (or Welsh Club in English). It seems there is a lot of love for Walsh judging by the numbers in the room as I squeeze myself down to the front of the stage. 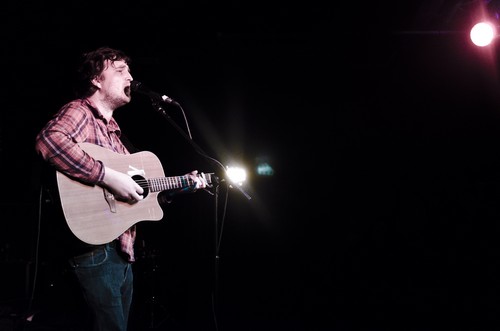 As this is a solo show, Walsh is stripped back with nothing but voice and acoustic guitar. Without any introduction Walsh takes to the stage and opens with crowd-pleaser 'Good Souls' which also happened to be my very first introduction to Starsailor in 2001. This of course endears him immediately to the crowd, the words "eating" and "hands" springs to mind. Without pausing for breath it's straight into a gorgeous sounding 'Lullaby'. I am beginning to feel that Walsh is obviously a man of few words; this however changes with new song 'Better Part Of Me' as he regales us with tales about the writing process. Sounding perhaps richer than previous Starsailor material with a lush swooning chorus, it's clear that as a songwriter, Walsh improves with age. As a performer, he rarely makes eye contact with the audience. Choosing to either sing with eyes closed, or looking down towards his guitar. Perhaps this is a result of the personal nature of his lyrics, or Walsh completely immersing himself in the performance. The set is a mixture of classic Starsailor, new material and the odd cover. Its refreshing to hear well-trodden Starsailor tracks pared back, adding a noticeably more personal dimension to his forlorn vocals.

Walsh, now becoming more talkative seems to enjoy interacting with his audience. Something I didn't know or expect, is his talent for playful and quick witted banter! Also, for those yet to see Walsh on tour, keep an eye out for a very unlikely cover/mash-up which was clearly well received.

The set ends with a storming 'Four To The Floor' prompts a mass sing-along which continues after Walsh leaves the stage. Much noise/clapping/shouting/stomping follows which entices Walsh back.

There is a lot of affection in this room tonight , and its not one-way.

As a certain songwriter once said "thank goodness for the good souls that make life better" Amen to that! 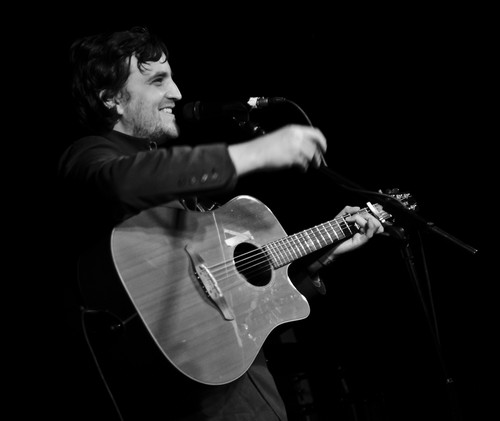