Two bands flying the British flag were in town tonight.

After the fiasco of the cancellation a few weeks ago and the late notification to ticket holders (lots of press on the radio and tv) we were back on tonight.

I haven't seen Arctic Monkeys for a few years now, my last encounter with them was when they first came on the scene and it went Arctic Monkey mad. So tonight was gonna be a new experience for me.

One of my guilty pleasures this year are The Strypes. I was fortunate enough to see them at T in the Park earlier in the year and they totally blew me away. How can such a group of young guys be so talented?! With recommendations from none other than Noel Gallagher, it's no wonder everyone wants a piece of these guys.

All suited and booted we were treated to a 45 minute set, which provided the most amazing platform for the Arctic Monkeys, show casing their self titled album which has taken the UK by storm. 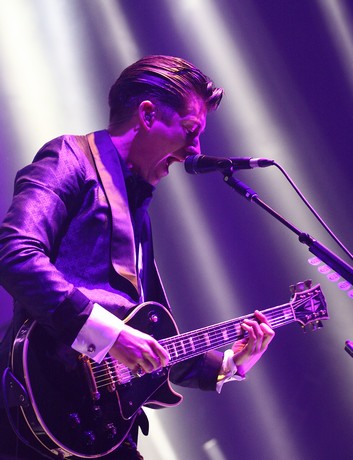 Monkeys' stage set was the same as they used earlier in the year at Glastonbury, huge screens with the title of their latest album 'AM' up in lights.

21.00 hours and it all kicked off. The band came on stage to rapturous applause, one main thing I did notice was the age range of the audience, it was mostly kids, 18-24 year olds, the front row was definitely all kids.

Alex 'The Quiff' Turner was well up for it tonight, Sheffield's finest were here to set the record straight and prove they were worthy of an audience.

They were already pulling people out of the audience before the monkeys came on stage, wheelchairs were needed cause of the crush in the audience, we were alerted it was gonna get worse through the show and to watch our backs in the pit. Flying piss in plastic bottles was the order of the day apparently, not what you need when you have 100s of pounds of camera gear in your hands and around your neck.

The first three songs went down a storm, 'Do I Wanna Know', 'Brainstorm' and 'Dancing Shoes'. The audience were mental and well up for it. The atmosphere was electric totally. 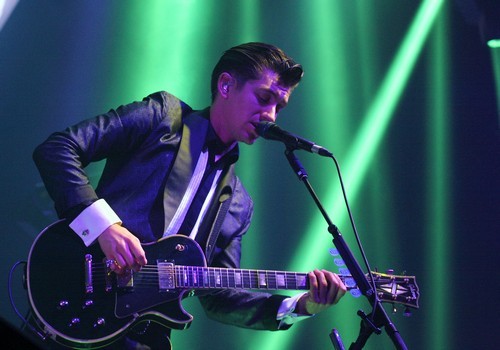 Monkeys have an astounding back catalogue and this was apparent tonight, hit after hit ringing in your ears.

It didn't matter about the slightly downbeat part of the set which included 'Reckless Serenade', 'Old Yellow Bricks' and 'One for the Road'. Monkeys proved tonight they are an outstanding band and worthy of their headline slot at T in the Park next year.

'I Bet You Look Good On the Dancefloor', oh my god the whole bloody place erupted, never seen anything like it in my life.

Like any other bands set it was full of highs and lows, it can't be pedal to the metal for the whole 90 minutes (22 songs), tonight was no exception, but more highs than lows.

Highlights for me 'Dancing Shoes', 'Mardy Bum' and 'Why'd You Only Call Me When You're High?'.

The wait was worth it after the cancellation of the first gig, hot and sweaty twenty somethings thought so too. 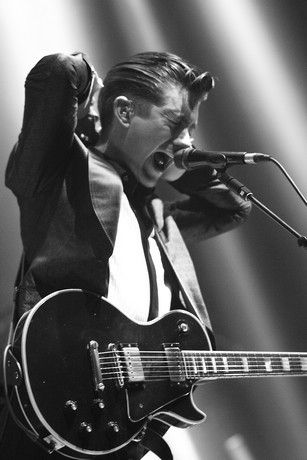