Most people would recognise Gabrielle Aplin's vocals from the John Lewis Christmas advert that she did in 2012 with her version of Frankie Goes to Hollywood's 'The Power of Love'. Twelve months later, she has embarked on a huge UK tour.

To be honest, I always have my reservations about artistes that become famous due to using a song for an advert, they usually manage to milk that one bit of success and then fade into obscurity- anyone remember Stiltskin? (famous for their song used on Levi's advert). I rest my case.

Upon arrival at Rock City, there was very little room to manoeuvre as the venue was tightly packed. It was clear to see that the power of a song used with the right advert can bring you a whole army of fans. 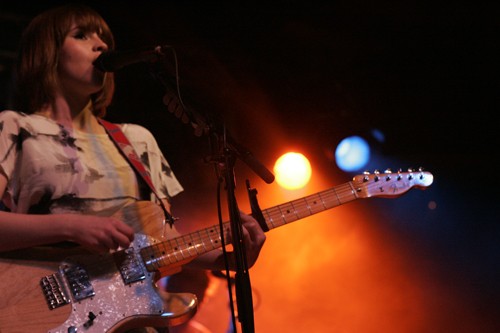 As the lights went down and Gabrielle strolled onto the stage, the audience gave her a warm welcome. Opening track 'Keep On Walking' demonstrated that Gabrielle has one of the most intriguing and haunting vocal ranges in music today. Possibly a mixture of Tori Amos and Kate Bush all rolled into one and then some. Even the high notes were delivered in such an effortless manner that it is hard to believe that Gabrielle is only 21 and is able to belt out a vocal range that can take years to attain.

With this tour being in support of her debut album 'English Rain', it was obvious that the setlist would be littered with most if not all of the songs from the current album. Bizarrely Gabrielle and her talented band decided to play their cover version of 'The Power Of Love' early on in the set. This was a pleasant surprise, because most artistes try to keep their most popular song for the encore.

The young songstress even played another popular track on the middle of the setlist 'Please Don't Say You Love Me', which got the crowd joining in with the catchy chorus.

As well as the predictable album tracks, Miss Aplin even managed to surprise her fans with another cover version, this time it was 'Wrecking Ball' by Miley Cyrus. To be fair I preferred this cover version more than the original.

There is no denying that Gabrielle Aplin is a wonderfully talented songwriter and vocalist, and in my opinion her voice is so much better live than on her debut album. Whilst playing live she is able to add incredible intonation to her vocals and this adds more power to her silvery vocals which seem to have the ability to sooth and yet probe at the same time.

Whilst experiencing Gabrielle perform live, it is clear that she is genuinely enjoying being on stage and playing to her fans. Luckily it has not become a daily routine where she is just going through the motions taking fans for granted. 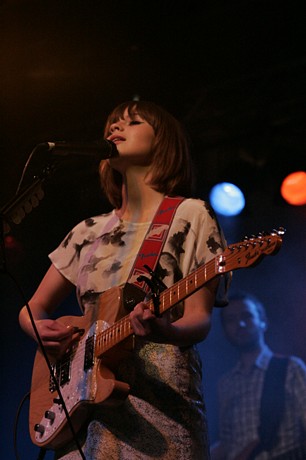 Throughout the set there were moments in between songs where Gabrielle would attempt to answer some heckles from the crowd. One fan shouted "what do you call your fans?", Gabrielle explained that she wouldn't want to put a name to her fans as it feels mean labelling a group of people and it feels like they are farm animals'. However another person in the crowd shouted "What about Gabby's gang", This got lost in translation and Gabrielle looked slightly bemused and said "you want to be called Gabby's Gash?" This created an unexpected moment of laughter and upon realising the mistake Gabrielle struggled to contain her laughter to the point that she had to stop after the opening lines to 'Home' and restart the song due to laughing so much. It was these little touches that made the gig so special and memorable.

Thankfully Gabrielle Aplin seems to have the talent to have a successful career and hopefully will avoid falling into that trap of becoming an artist that was only famous due to an advert.