It's a chilly Wednesday evening in mid-November and indie rock band Editors are halfway through an extensive UK Tour. The tour and tonight's show at the UEA LCR in Norwich is in support of their fourth studio album 'The Weight Of Your Love'. In my experience Editors are an enthralling live act and as the venue casually fills up there is a sense of anticipation in the air.

As fans arrive in the venue they are greeted by the sight of a stage that's been decorated with greenery and fairy lights. The owners of these props are tonight's support band  the seasoned British Sea Power. The band have been around some thirteen years now having formed back in 2000, however they have never quite stepped up and lived up to their potential.

Their performance tonight is rather much of the same, showing several signs of potential but never really doing enough. Don't get me wrong, for forty-five minutes the six talented musicians onstage keep the crowd interested and warm us up nicely for our headline act; I just don't envisage many of tonight's crowd going home and buying their latest album. It's sad really that a band with such potential and talent will never graduate to that next level. 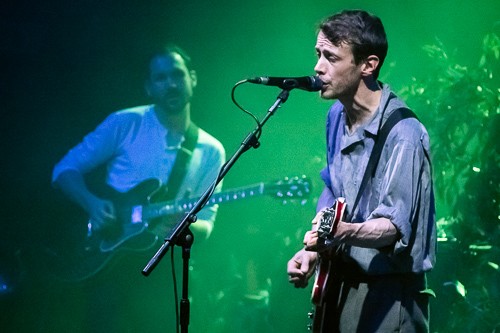 Tonight's headliners however are a band that hit the scene at a high level and have maintained their reputation and originality from debut album 'The Back Room' right through to this year's 'The Weight Of Your Love'. Editors stage set is very basic with Nine Inch Nails style lighting and very little else. The band letting their music do the talking perhaps, a wise move when your music is as engrossing as Editors is. 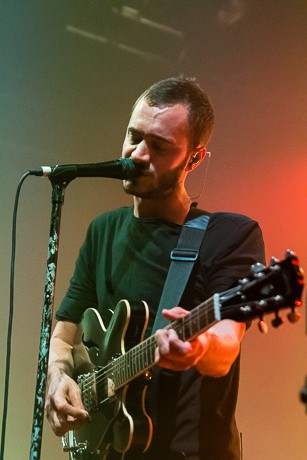 The focal point of Editors is and always will be front man Tom Smith. Smith's eccentricity and passion for the music he creates helps set the band apart from the rest of the pack. Live he converts his passion into his performance and sees that for a couple of hours at least all of life's little distractions disappear.

Smith's vision for the band is made possible by his band mates' talent and their shared passion to deliver their best product. Bassist Russell Leetch and drummer Ed Lay have been with Smith from the start, whilst guitarist Justin Lockey and multi-instrumentalist Elliott Williams came on board after original guitarist Chris Urbanowicz departed last year. Together they are a well oiled machine that brings Editors music to life, which tonight breeds an atmosphere of mutual respect between band and fan.

As far as tonight's set list is concerned it is by definition a career spanning set. Each of their four studio albums is represented by between four and six songs. At this stage of their career there will always be fan favourites that miss out and there are a number of notable absentees tonight. Every song is well received by the audience but the best reactions are garnered from singles such as 'Smokers Outside The Hospital Doors', 'All Sparks', 'An End Has A Start', 'Munich' and the brilliant 'The Racing Rats'.

Talking by the band is kept to a minimum in between songs tonight but Smith takes time out to thank the crowd before a three-pronged encore of 'Bricks And Mortar', 'Nothing' and an extended version of 'Papillon' that brings the night to a close. Whilst most of the bands that came out around the time Editors did have disappeared, performance like this will ensure that Editors remain for a very long time to come. 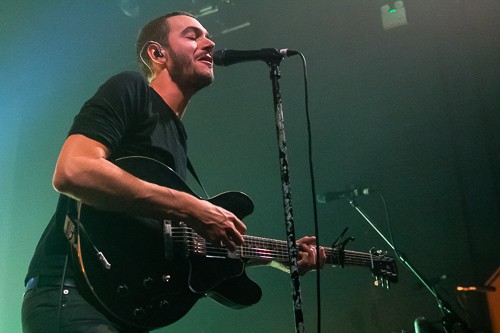