The Feeling shot to prominence back in 2006 with the release of their debut album 'Twelve Stops And Home'. This album reached number two in the album charts and spawned three top ten singles. Since then things have been rather hit or miss for the band, but they are back now with album number four 'Boy Cried Wolf', and that's why The Junction in Cambridge is packed out tonight. 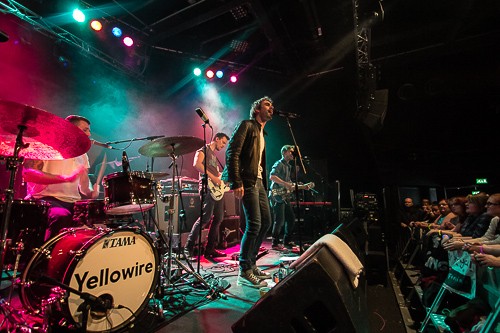 This is the penultimate stop on their eleven date tour which had to be rescheduled from April to coincide with the release of 'Boy Cried Wolf'. Along for the ride have been support band Yellowire who open up proceedings on this chilly Saturday night in Cambridge. These five men do a decent job of warming up the cheerful crowd and their soft rock is greatly received by all. We all know that it's hard out there at the moment for guitar bands, but Yellowire are just another example of the quality that is waiting to breakthrough.

For a hard rock fan like me, The Feeling must be considered a guilty pleasure. In fact most self conscious rock fans probably wouldn't give The Feeling the time of day. This is very sad as they are actually a very good band that can deliver a decent rocking. You could describe The Feeling as soft rock, indie or maybe pop rock, but I'd suggest you'd be wasting your time trying to pigeonhole the band and they are better off being described simply as The Feeling. They are what they are and that's a highly entertaining live band.

The fans squeezed into the Junction seem to be in on the secret and as the band walk on stage I'm deafened by their screams. The new album 'Boy Cried Wolf' sounds great and is a return to the impressive form of debut 'Twelve Stops And Home'. New track 'Blue Murder' begins a set that is pretty much exclusively made up of these two albums. Early single 'Fill My Little World' is up next and is greeted with delirious fanfare from the crowd. 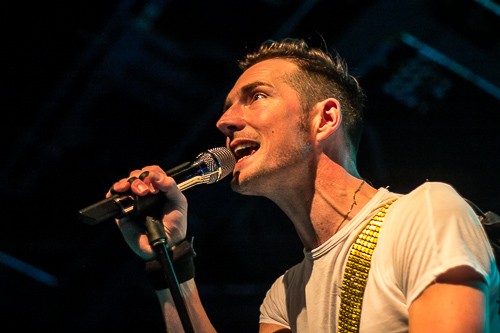 Frontman Dan Gillespie Sells is well polished at playing the great rock star and can grasp the audience in the palm of his hand. He leads his cohorts through the likes of 'Helicopter', 'Fall Like Rain', 'Rose' and 'Anchor' before we get sole 'Join With Us' offering 'I Thought It Was Over'. With that one song from their second album out the way they continue to press on with tracks from their first and fourth albums. Album number three 'Together We Were Made' is completely ignored tonight.

'Twelve Stops And Home' really is one of the best albums of the past ten years and it's another hit single from that album that comes next with 'Never Be Lonely' again eliciting delirious response from the audience. The main set is finished off by some great new tracks in 'You'll See', 'The Gloves Are Off' and 'Rescue' along with, from my point of view, their standout song 'Sewn'.

Over the years The Feeling have delivered some stunning cover versions during their performances and tonight is no different. Having returned to the stage for the obligatory encore the band treat the crowd to a brilliant medley featuring The Beatles, The Kinks, The Who, Queen, Pink Floyd and Britpop legends Blur. 'I Love It When You Call' and 'I Just Do' bring tonight's show to close and reinforce that however they are labelled The Feeling are really just a great live band. 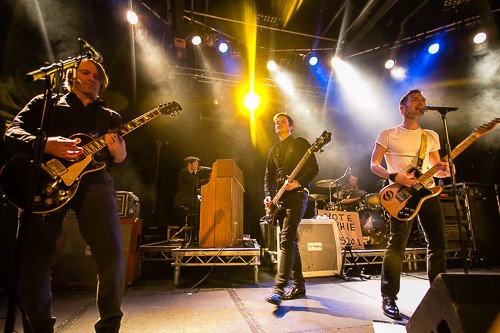