A lot has happened for Rival Sons since I first encountered them supporting Black Stone Cherry some twelve months ago. Since then sold out shows, huge festivals, magazine covers and awards have become the norm for the rockers from Long Beach, California. Tonight is another one of those sold out shows, and the venue fills up early for tonight's support acts. 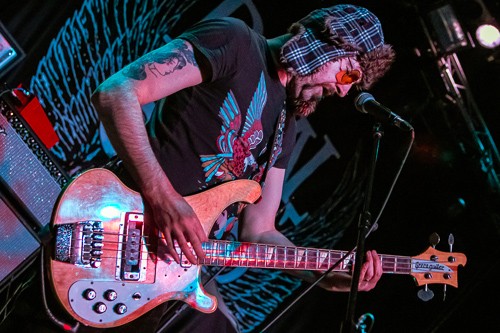 First to take to the stage here at The Junction in Cambridge are Ulysses. The first thing I notice about Ulysses is the hair and the hats, lots of hair, and lots of hats. As they begin I wonder whether or not that will be their defining feature. Thankfully however their music soon came to the forefront and the band from Bath put in an impressive stint on stage. 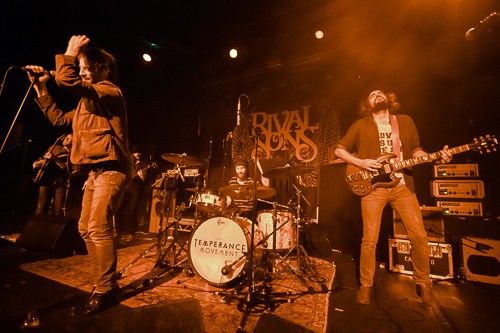 Another British band are next in the form of The Temperance Movement. The band bring their explosive blues orientated rock and roll to life with a crowd pleasing performance. Mick Jagger would be proud of the moves pulled by their singer and the band can definitely be proud of their performance tonight, having surely won over a legion of new fans.

Momentum is building for Rival Sons on the back of two hugely successful albums, 2011's 'Pressure & Time' and last year's 'Head Down'. Praise has been flying at them from all fronts and one imagines that this will probably be their last tour of venues this intimate. Tonight, like most nights for Rival Sons is sold out and the crowd light up as the band emerge from the wings and take their instruments in hand. 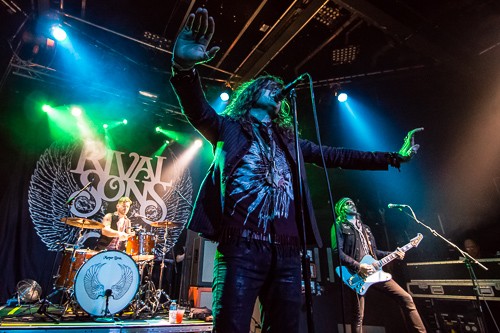 Possibly the bands strongest instrument is the soulful voice of singer Jay Buchanan who launches the group straight into rousing renditions of 'You Want To' and 'Get What's Coming'. I can't help but liken Rival Sons to Led Zeppelin for various reasons, the most powerful being that these are four highly talented individuals that put together are simply unstoppable.

'Wild Animal' and 'Gypsy Heart' keep the early momentum going before an incredible 'Torture' emphasises my point that these men are unstoppable. 'Memphis Sun' follows in a set list that is taken from across the bands releases. A Rival Sons show really is an experience to savour and it's hard to pick particular highlights from it, however the double header of the fantastic 'All The Way' and 'Until The Sun Comes' must be near the top.

Buchanan then introduces one of the bands softer moments in the beautiful 'Jordan', and then the monstrous 'Manifest Destiny, Part 1', which sees the backbone of the band, guitarist Scott Holliday, drummer Michael Miley and bassist Robin Everhart, hypnotise the audience with their sheer brilliance.

With Buchanan back on stage the band power through 'Keep On Swinging' and 'Pressure And Time' before finishing their performance with the gentle 'Sacred Tongue' and 'Face Of Light'. It's been a refreshing night of rock and roll and with the crowd desperate for more; Rival Sons have certainly made their mark not just on this Cambridge crowd but on the UK as a whole.

Tonight is actually the final night of their tour and Miley re-emerges first for the drummer's moment of glory, the drum solo! Rejoined by his colleagues the band then bring their show and their tour to a close with powerful takes of 'Burn Down Los Angeles' and 'Soul'. I'm sure Rival Sons will be back soon, packing out venues much larger than this. 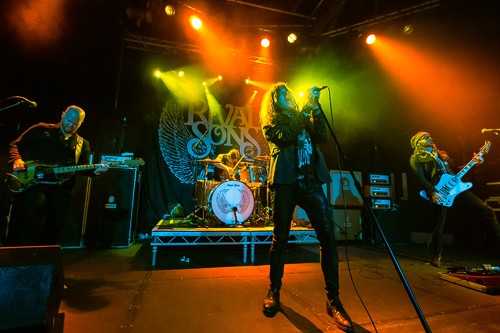