What can I say about Emeli Sande that hasn't already been said?!

A freezing cold night in Brum and we were off to see Scottish songstress Emeli Sande.

We arrived at the venue to a packed and sweaty capacity crowd. We had to perch on the stage right in order to get a half decent view. We've both followed Emeli since day one, from her first date in Birmingham right up to present day and have seen her progression in to one of the UK's most accomplished Female performers.

We got to the venue just in time to catch a glimpse of Jacob Banks, to be honest, he wasn't even on a par to Emily King who provided support on the last tour and totally blew us a way. A tad samey and Ligthhouse Family'ish, I wanted someone stonking and who was gonna provide a decent starter for Ms Sande, but unfortunately this didn't happen.

Merchandise was priced the same as the last tour and to be honest it was all the same, but in retrospect we were here to here that silky, striking voice, nothing more. On the previous tour the venue was Symphony Hall and by god had that got something to live up to, especially as the evening was absolutely perfect and it made me more of a fan.

9.15pm the lights went down and the roar from the crowd was immense, the band came on stage in the pitch black and the dry ice started to form on the stage. Lights went up and Emeli came on stage, the audience were elated. 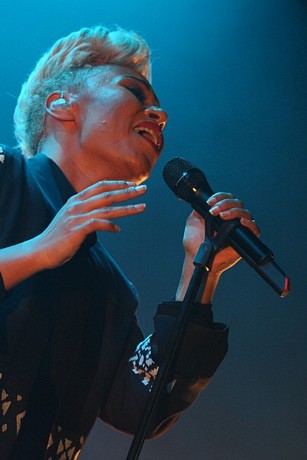 We were treated to a 90 minute set of pure class, even a couple of new numbers thrown in for good measure, including 'Pluto' and a love song to Emeli's new husband, which was awesome called 'This Much Is True'.

The set was peppered with Emeli and the band, Emeli and the Piano and Emeli and a guy on an acoustic guitar. She pin-pointed exactly how talented she is and before long (I Will be gutted!) she will be filling arenas.

Her voice is gargantuan and to be honest her albums don't do her justice in the live arena.

We were treated to songs from the very successful 'Our version of Events' and of course the whole audience knew every word. 'Heaven', 'Suitcase', 'Breaking the Law', 'My Kind of Love', which the audience duly obliged in singing with Emeli. 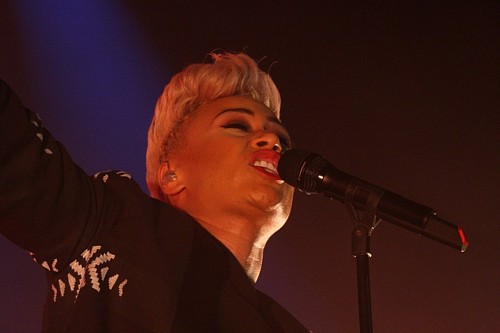 The one thing about Emeli Sande is she is so down to earth, every gig I've seen her she thanks everyone for buying her records and supporting her and I totally love this. It's quite astounding especially if you look how far she's come over such a short period.

Tonight's gig seemed a bit different to the one we'd previously seen at Symphony Hall, the clientele was different, even much so my partner had to witness an abusive man and his girlfriend having a domestic throughout the gig, then in a drunken stupor the girlfriend set about one of the audience members and a bitch fight ensued. Not nice when people pay a decent amount for a ticket for a night out and have to see that, at least Academy staff were on the ball.

More hits to come, current hit 'Clown' which was mammoth , the immense 'Daddy', one of my favourites was next - 'Wonder' and the cream of the crop was left till last, by this time the audience were lapping it up. We were treated to 'Mountains' and 'Next to Me'.

All I can say is pure class, I never, never tire of Emeli Sande's voice and admit I am a fan and have fallen for her voice hook, line and sinker.

One of the five female voices I have had chance to witness along with Alicia Keys and Adele.

Do yourself a favour go see her live and buy the live album.

An immense night had by all and I'm sure they'll all be back for more when Emeli announces another set of dates, we will!! 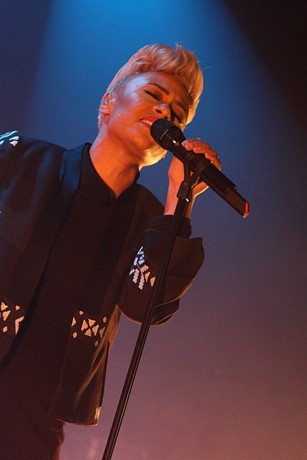 more about Emeli Sande
more about O2 Academy (1, 2, and 3), Birmingham