Influence by definition is "the effect of one person or thing on another; (person with) the power to have such an effect". Over the years many an artist has been given the influential label, some more deserving than others. Tonight I am back at the UEA LCR in Norwich to see one such artist, new wave pioneer Gary Numan.

Numan certainly has earned his influential tag with numerous artists including such heavyweights as Nine Inch Nails citing him as such. Another group that have clearly been influenced by Numan's blend of electronic and rock is tonight's opening act  The Officers. This young five-piece take to the stage with a Numanesque light show and proceed to impress the crowd with their electronic rock sound. 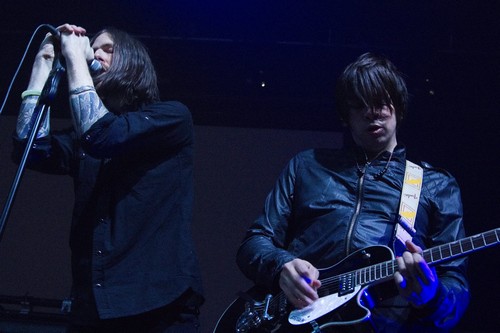 The Officers show great potential tonight and are a perfect fit for this tours bill. The Officers are another prime example of a young band full of talent that may never be given the break that they deserve, simply because of their chosen genre of music. Come on radio airwaves, give these guys a chance.

The audience tonight is one of the oldest this venue has seen for a while, but what else would you expect for a gentleman who shot to fame in the late 1970's? Tonight is sadly also far from sold out, but there is still a decent crowd gathered as Gary Numan walks out onto the stage. This is a stage that is engulfed by one of the best light shows it has seen, and these lights burst into life with Numan and his band as 'Films' kicks their set off. 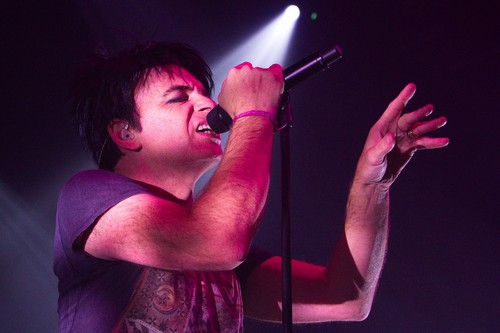 The unmistakeable synthpop come industrial rock of Numan fills the venue for the next hour and a half and delivers many crowd pleasers such as 'Pure', 'Metal' and 'Haunted'. Something that helps make Numan so influential is his work rate. When many other so called influences sit back, relax and rely on their back catalogue, Numan presses on. He has barely come up for air from when he first hit a studio with 'Tubeway Army' to last years' 'Dead Son Rising'.

In fact he is working on a new album as we speak! 'Splinter' is due for release next year and tonight Numan and co preview a selection of tracks including 'I Am Dust' and 'We're The Unforgiven'. Numan is clearly keen to avoid being labelled a nostalgia act and even brings out The Officers again for a run through their new song together 'Petals'. 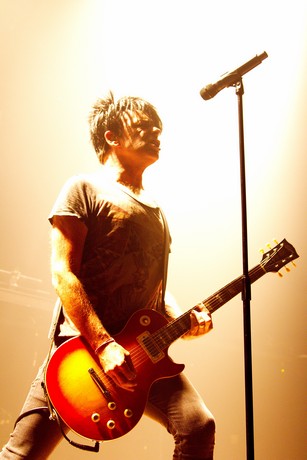 Given the longevity of his career, it isn't a surprise that Gary Numan has his live show down to a tee. From his stage presence, the video and light shows and the set list itself, Numan knows what he needs to do to send his audience home happy. And that's exactly what he does do, send the crowd home happy. After all, although he is avoiding becoming a nostalgia act, the crowd want the hits! It's for this reason that the end of tonight's show sees Numan delivering powerful versions of 'Are 'Friends' Electric?', 'Down In The Park' and the fantastic 'Cars'.

Numan has managed to surround himself with talent on stage and the band bring the show to a close with "I Die: You Die". Numan somehow manages to be nostalgic without being stale, he is reflective but innovative. He proved tonight why he is considered such an influential artist, so what better way to end this article than to quote Trent Reznor of Nine Inch Nails when he introduced Numan as "vitally important and a huge inspiration". 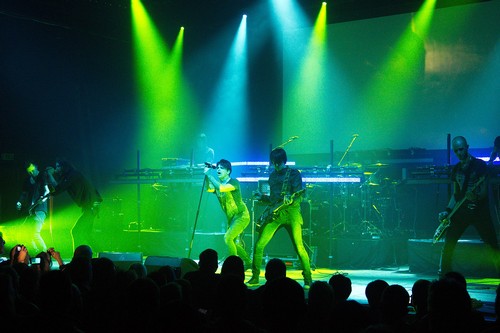 
more about Gary Numan
more about The Officers
more about University of East Anglia (U.E.A.), Norwich