A year is a long time in anyone's book, but in Emeli Sande's case it's whizzed by. Only a year ago 'Our version of Events' was released and there has been no looking back, a couple of tours under her belt, singing to Millions of people at the Olympic's opening with 'Abide with Me', winning various awards including a Brit Award for Critic's Choice, O2 Silver Clef Award, Q Award for Best Solo artist and a hat full of Mobos and that's for starters.

Outselling every female artist except for UK Goddess Adele is some feat. I saw Emeli a few months back at the HMV Institute and tonight would be interesting to say the least to see whether anything had changed, she was outstanding back then and blew my mind, so I wondered what tonight would hold. 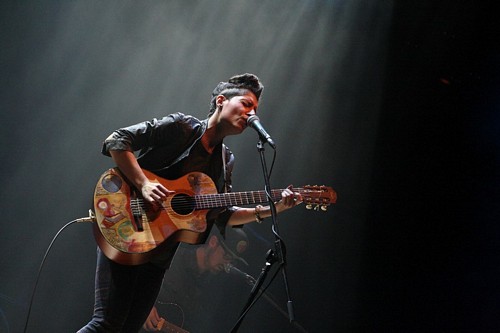 Support for tonight was New Yorker Emily King, I was actually in awe of her, a gravelly, smoky voice that was an absolute pleasure to listen to, even much so buying her EP in the interval.

Tonight was about showcasing her talent and we were treated to a 30 minute bonanza. Her, her guitar, and two other musicians, a raw talent with a great future.

With such fans as Alicia Keys and Ne-Yo praising her talents I can see why. We were treated to tracks from her 'Seven' EP and it was definitely music to my ears, no pun intended. I enjoyed it that much that I want to see her again. 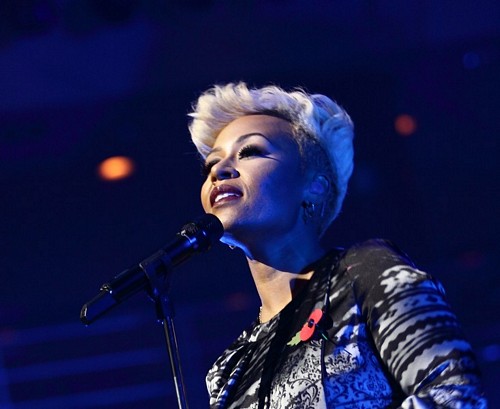 I've played and played 'Our version Of Events' over and over and over, there isn't one track I don't like, even bought the extended version so I could have the extra tracks bouncing around in my ears.

We were treated to a 90 minute extravaganza tonight, Sande came out on stage in a patterned flowing dress and little black boots, comfortable from the off. The audience were transfixed already with Sande's captivating version of 'Daddy' and that was only the first song, we were treated to 'Suitcase', 'Read All About It' and 'My Kind Of Love', every song was effortless and note perfect, it was like it was no effort at all, it was pure class.

The set was flawless, her voice is absolutely immense, Sande had said during the performance that this had been one of the best years of her life and she thanked everyone for making that possible. I love how she is still down to earth and is cherishing every single second of her fame.

Highlights for me tonight were the stripped down versions, Sande with her piano, she belted out hits 'Clown' and fans' favourite 'River', this little stripped back set just epitomised how talented the Scot is and that she deserves all the awards and fan adulation. She is also an accomplished writer in her own right, just recently pencilling a track on the new Alicia Keys Album. 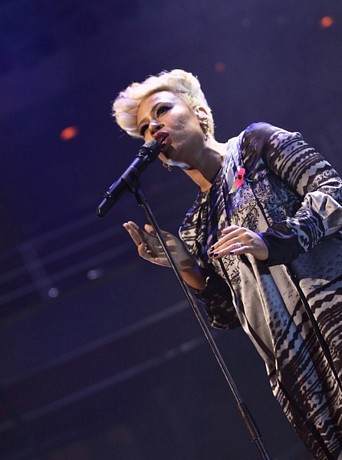 New songs for the next album were showcased including 'Pluto' which had been written in New York, if this is what's to come, my ears are ready, Im chomping at the bit.

Another highlight of the evening was newer track 'Wonder', I totally loved it, the six piece band and four backing vocalists were immense on this track.

Sande left her two most well know songs till last and the audience were up on their feet and actually dancing!! 'Heaven' and 'Next To Me', absolute stonkers.

Tonight just showed what an immense talent Sande is, even much so her two dates for Birmingham next year are already sold out.