This gig at the Birmingham 02 would be the fourth time that I have seen Mr Faulkner this year. Self-confessed Faulknerite?! As a Birmingham Academy regular though, I was so annoyed with myself for getting lost... I still have no idea how I managed it but I did. I head into the venue, armed with my camera and was once again willing ready to delve right into the mix of things.. Which literally happened when I did in fact see a woman pass out right next to me..I hope that she was okay! 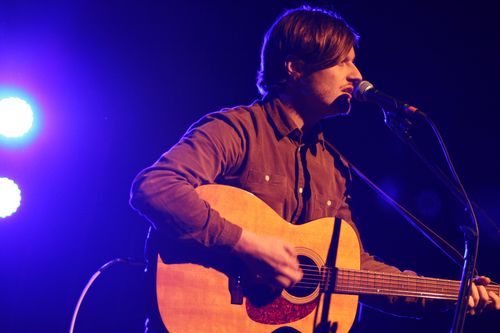 With Sam Brookes's beautiful acoustic music opening the night and the fantastic and unique voice of Jess Hall and her band who make up Colour the Atlas beginning the night off, Faulkner took to the stage for his spectacular 2 hour set.

Newton Faulkner brought his humble nature and incredible sense of humour to the stage and charmed the audience for the duration of the night with highlights including the ever adorable "Professional Dogfood Taster" and a hilarious impression of Kermit the Frog. 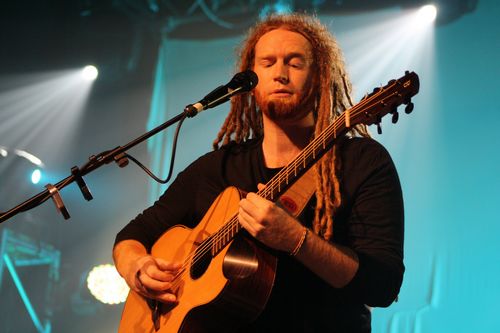 With his album 'Write it on Your Skin' getting to number 1 this year, his set demonstrated the excellence of the album and of Faulkner as an artist. With songs including 'Clouds', 'Pick Up Your Broken Heart' and 'Sugar in the Snow' from the new album and his best known hits including his cover of Massive Attacks 'Teardrops' and 'I Need Something' Faulkner stormed through his set to rapturous applause after every song.

Faulkner is known for his covers and he delighted his fans with Stevie Wonder's 'Superstition' and also his most recent cover of Maroon 5's 'Payphone' which saw the song slowed down and beautiful pieced together to fit his type of music. A personal annoyance of mine is when people scream at musicians to play songs, or in Faulkner's case, screaming at him to play covers of years ago. Just leave the man to play his set! Don't constantly bombard him throughout, screaming the same song all the way through and not appreciating what he is playing! I know you like his cover of Bohemian Rhapsody, I do, but please shut up!.

Faulkner was ever encouraging the crowd to become involved in being a part of his songs, and organising rounds during some songs. The crowd even begun rounds and separate group singing themselves - without any instruction of the man himself. What an amazing feat to watch and hear. Faulkner is the sort of artist who you become memorised with, regardless of the song. It may be a big ballad or may be a poppy, upbeat song. 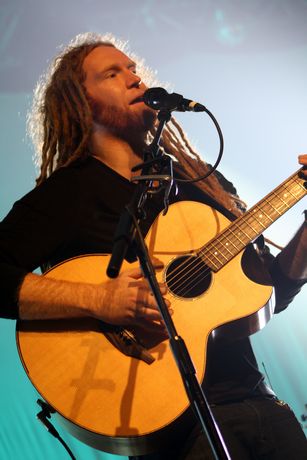 Newton Faulkner has had an exceptional year. A number 1 album, hit singles, sell out shows, and fantastic Festival slots. The man is relentless and so are his fans. Newton regularly thanks the power of his fans for his success but he needs to step back and realise that these fans aren't the only people who are keeping him continually being successful. It's himself. It is his passion, enthusiasm and dedication to being the best musician that he can be.

I'm Hayley Edwards and I am a self-confessed Faulknerite through and through.