The Love Live Music tour came back to Birmingham tonight with an amazing evening of live music at The Glee Club in Birmingham from Rebecca Ferguson and Heather Peace.

A specially invited audience of competition winners from Smooth Radio, eagerly awaiting the stage entrance of Heather Peace. Obviously if you've had your head stuck in the sand for a few years you wouldn't know who Heather Peace is, actress from London's Burning, Lip Service, she plays the very 'HOT' cop and now Waterloo Road, where she plays Hard nut teacher Nikki Boston. Peace is currently based in Glasgow filming the next series of Waterloo road, but they let her out to play last night, in all seriousness Ms Peace was on a well- earned day off, what a way to spend it, playing in front of competition winners and supporting Rebecca Ferguson. 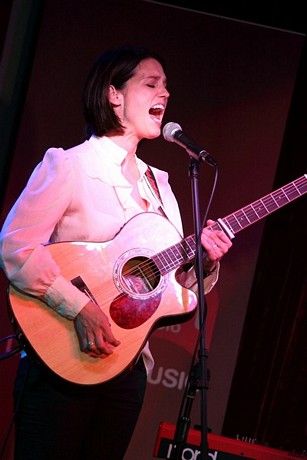 A six song set ensued, Peace alternating from Guitar and Keyboards, with an amazing guitarist for company on stage. 30 mins she was on stage, it flew by, too quickly for my liking, the set was powerful and punchy with stonkers 'Fight For', 'Better Than You', 'Sabotage', which was song with such passion, I do think Ms Peace's fine is better than ever now, even since the last time I saw her in Leicester a few months ago. Lush, 'Thank God For You' and final song 'Fairytales' which was immense, the set had them all running to buy the album, I even had comments like, "God, she's hot!" and "I've never heard of her before", my reply was "Christ where have you been, Mars?!". 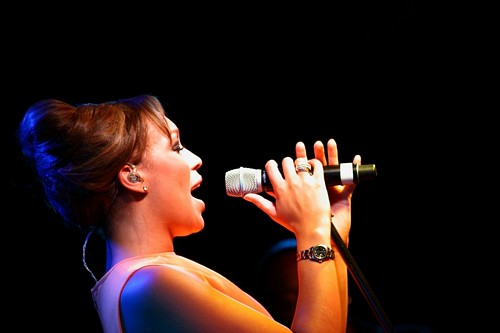 A quick break and then Scouse Songbird Rebecca Ferguson came onstage, leg all in a cast after an accident with some high heeled shoes, hasn't your Mom told you about high heeled shoes (lol).

Ferguson performed songs from her debut album, 'Heaven', and took part in a question and answer session with the audience.

The set was amazing, she was as good or even better than when I saw her last year on her own headline tour at Symphony Hall. She didn't seem so shy tonight and laughed and joked with the audience. She really has come into her own and really blossomed on stage.

Her setlist included 'Mr Bright Eyes', 'Glitter', 'Teach Me', 'Shoulder', 'I'll Take Care of You' and the classic 'Nothings Real But Love'.

She hadn't lost any of her stage persona or pizazz even with a sore throat, that was obviously bothering her, she still plodded on and gave us a performance to remember.

An amazing night, two brilliant performers and an amazing PR guy, you know who you are. 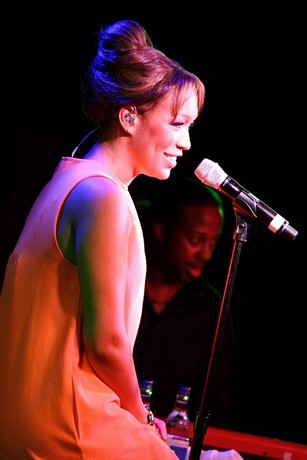