Heather Peace / I Am Amity

The last time I saw Heather Peace it was a costly business as I was fined £90 for driving through a red light, serves me right, eh?

Tonight saw the first date of a 10 date UK tour, luckily it was in my hometown so no speeding or sat nav was necessary.

We got to The Glee Club (awesome venue) at around 7ish, the doors had just opened and the queue was absolutely huge, never seen so many people queuing for a gig, but the weather was with us.

Shufted on inside the venue at 7.30'ish and it was already packed to the rafters, only a few empty seats, even people standing at the back and in every nook and cranny possible. I had never seen it so full.

We managed to grab a couple of seats on the end of a row as it's not easy manoeuvring about with a full camera kit and a bag that weighs 11 kilos.

The whole emphasis of tonight's gig was to showcase the 'Fairytales' album, Heather Peace's second venture, her first a self recorded album, 'This is Me'. 'Fairytales' is HP's first attempt at an album produced and recorded professionally, financed by fans on Pledge Music where HP has sold everything but the kitchen sink, signed photos, signed albums, a personalised message for your phone and even a personal gig in your living room. It's not a new concept but its a good way for artists to be able to finance projects including albums and video shoots. 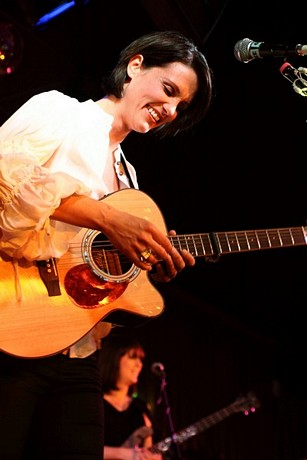 Heather Peace is talented there's no questioning that fact, a talented actress, Singer and Songwriter to boot, as well as a role model for several diversity organisations.

After gigging for some years now and making appearances in shows such as Waterloo Road and cult TV drama Lip Service, Peace has made a name for herself in lesbian circles, as a matter of fact being a role model and the desire of many, many lesbian women. Her fan base is ever decreasing and you see the same old faces on the first few rows of every show, devout enough to follow her around the country and be faithful fans. (You know who you are!!)

Support for the night was provided by local girl (she's from the Black Country you know), I am Amity, Amy Forrester is a one women band, playing anything and everything, even the Stylophone (look it up on Google). A very, very short set of 6/7 songs, highlight of the set for me was 'Bedpost', amazing lyrics and it got the audience laughing. Wish we'd have seen more of her as I never tire of her witty lyrics and genius with playing numerous instruments. 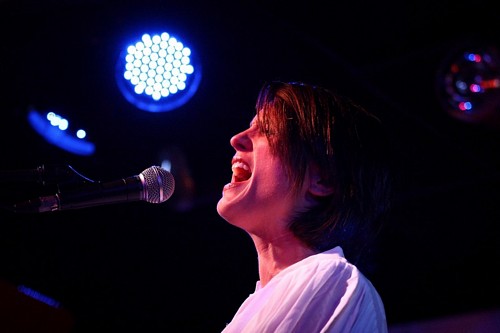 Heather Peace came on the uncomplicated stage, just a back drop of the album cover, with her band, a four piece, keyboardist, who seemed to have a few female admirers, lead guitarist, who was fabulous, bass player and a drummer, (what's happened to Lisa Tring?)

The set was mind blowing and showed how far Peace has come in the time she's spent on the road doing her craft. Obviously this was the first gig and the set a zillion times better over time, I found the sound to be slightly poor at times, but other than that a fabulous night was had, which seriously showcased Peace as a female artist.

We were treated to the album track listing where we saw HP alternate on keys and guitar, up and down like a yo-yo she was, poor women. I don't really wanna spoil the running order of the setlist for fans going to other gigs on the tour but highlights for me were 'Better than You', 'Thank God For You', 'Sabotage' and 'My Way Only'. She really has come into her own on this tour, the band seem to have improved the whole show adding a meaty sound and even more umph to the set.

The usual Peace banter was apparent last night, but it always is, if you've seen her before you get used to the heckling and jokes and funny anecdotes between songs. I was even the brunt of a comment, "That's a big lens", my reply was, "You've said that before", HP's reply to the audience was that she wasn't expecting any back-chat. Touche.

The thing about HP is she's down to earth, a heartthrob and she actually cares about her fans, this has been apparent since day one, they adore her, I was actually people watching last night and so many people were standing there with mouths agog, it was hilarious to watch.

Is there no end to this women's talent? I guess only time will tell, watch this space. The "colgate smile" and extremely tight trousers did make a dramatic return to Brum last night, I just wonder what's next on the horizon for Ms Peace?? Bigger venues maybe, another album and European Tour, who knows!! The world is her oyster.

Just do yourself a favour and make sure you buy the album and catch her on tour, otherwise you'll be missing out totally. 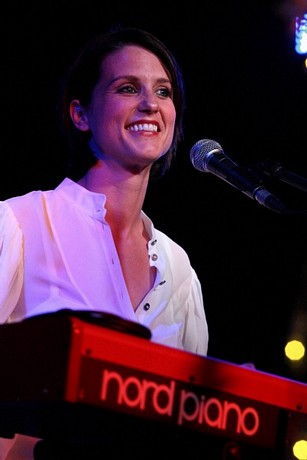