Always's providing backing vocals and the public sort of recognising the voice, I first noticed the voice of Emeli Sande quite a while ago, back when she did the backing vocals on Chipmunk's 'Diamond Rings', she is more famously known for providing the amazing vocals on Pro Green's 'Read All About it'. 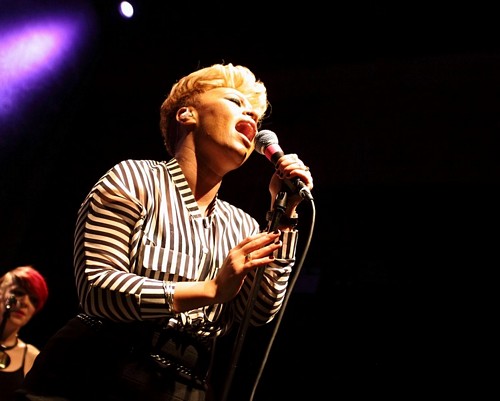 It's amazing to think that Sande was in her fourth year training to be a Doctor at Glasgow University and had been persevering in various guises to break the music industry. Finally, after the release of her album "Our Version of Events' this year and winning the Critic's Choice Award at the Brit Awards has bought her to the forefront and given her the chance to show her amazing talents to the public.

Tonight saw the last but one show of Sande's sold out UK tour come to Brum. The queue for the show was horrendous. We got to the venue well before door opening time in order to get a couple of decent seats, but by the time we got in to the venue theyd all gone, standing it was then.

We just missed the first support act, second support was provided by Jess Mills, I was pleasantly surprised to be honest, loved her stuff, have actually looked to see where I can see her again I was impressed that much. I have been waiting to see Emeli Sande live since I heard her first single. Tonight was gonna make me love her even more, or make me go running to the hills.

Ms Sande came on stage in a long black skirt, Black and white blouse and little black shoes on, a no frills stage set with just her and her band.

Tonight was about her voice for me, I just wanted to see whether they hype was true and whether she could actually sing, well after the first three songs I had already made my mind up, I love this women, I have seen Adele live and Beverley Knight, both totally amazing female artists who have broken records in their own rights, both gutsy, ballsey female artists who have been around a while, AND I was so knocked out by Sande's vocals and song writing prowess I predict a very successful future for Ms Sande. If you haven't seen her yet you need to, she won't disappoint and you'll wanna go back for more. 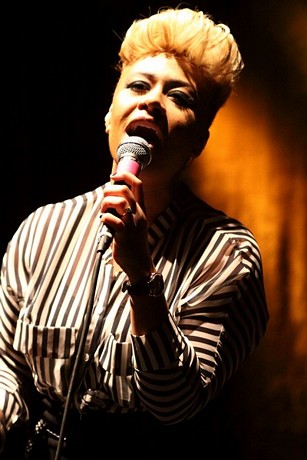 Tonight was about showcasing album 'Our Version of Events', and boy did she do that. 'Daddy', 'Tiger' and 'Suitcase' were the first few songs, all I could think was where on earth has this women been, why hasnt she been out for years, I, like many of the audience were totally blown away by her immense vocals, singing seemed to be no effort and she seemed to enjoy every single minute on stage. She was very thankful, even at one point thanking every one for buying the album and the gig tickets and supporting her on her journey.

The audience lapped up every single second of Sande on stage, rapturous applause for every single song, we had ballads, which Sande explained the meaning for the songs and who she'd wrote them for, and then we had the dancey more up tempo songs, I loved the whole scenario, the whole set was stonking and just whetted my appetite for even more Emeli Sande.

The rest of the set was amazing and just over to quickly for my liking; A reggae version of 'Where I Sleep' was absolutely classic, then the amazing 'Clown', made the hairs stand up on my neck, and enchanting 'Breaking The Law', Every song on the album was showcased, I especially loved 'Read All About It Part Three', totally amazeballs, and 'Next To Me' and 'Heaven' were what I thought they would be totally superb, and even new track 'Wonder' was stonking.

The whole evening was over to quickly, I just wanted more and more, supported by an amazing band of accomplished musicians and a vocalist that can actually sing, or who my dad would say has an 'Amazing set of Lungs on her', the evening was stupendous, I definitely wanna see Ms Sande again.

Totally blown away is a bit of an understatement to be honest, I am definitely a fan now for sure.

Make sure you do yourself a favour buy the album and for the ultimate night out go and see her live you won't be disappointed. 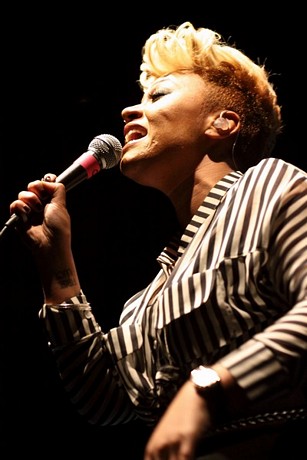