There are not many bands that I would travel a 400 mile round trip for. The lure of Kerbdog playing a one off show in the UK was too much. The tipping point was that it was on a boat. Cue the umming and arring over the cost of the fuel down there (trains, my first option, are double the price before anyone has an environmental rant at me). In the end we could not miss it. This band never play over here, and last time we went to Ireland to watch them so this is at least on the same bit of land (even though it's, erm, on a boat).

The gig was put together by the guitarist of local band Zero Pilot after chatting to Kerbdog's Cormac Battle about biking, and the fact the band were coming over to watch the awesome Helmet the night before. Why not do a 15th anniversary show for 'On The Turn' whilst you're at it? Nice work! The show sold out in no time as this ship / venue / restaurant / nightclub only holds 300. Thankfully we made it in. 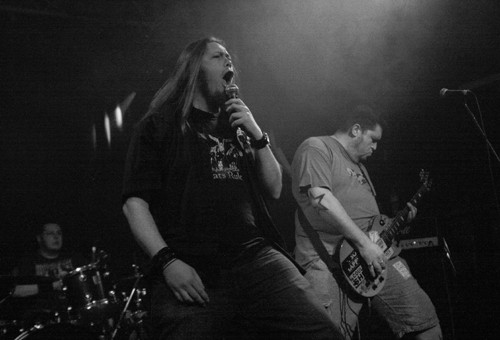 Zero Pilot are for some reason an unsigned metal band. I say for some reason as they are clearly very good and should be tied down. They create an overall sound with only one guitar, and the vocals are thrown at you like a ten tonne fishing net from this boat. They are natural performers, rallying the crowd (which is large even at this early hour) who are all with them by the end of the first song. Set ender 'What Are You Waiting For' and the penultimate track 'Dirty Halo' are real stand out metal tracks. New song 'XY' is a catchy headbanger of a song too. Very talented and very nice guys, check them out. 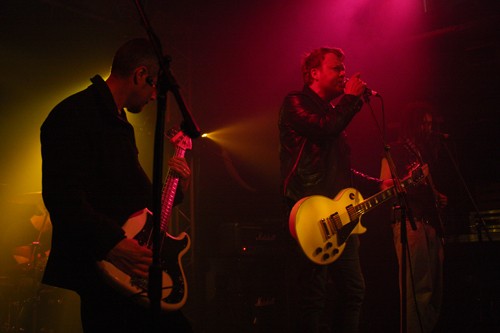 Next up Souls. These have a sound of older Kerbdog about them well they do share a drummer (Darragh Butler) and an ex guitarist (Billy Dalton) of the band. Based in Kilkenny, they also bring back memories of Therapy?, Clutch, Helmet and QOTSA; heavy, riff driven rock. Vocalist and guitarist Clive Barnes is another true frontman, even playing the guitar with his mic stand at one point. Songs like 'Too Late', 'Slant 6' and 'Ghost On The Water' are excellent tracks. 'Man Overboard' is a little fitting!

Darragh Butler barely has a break between sets as the band we are all waiting for hit the small floating stage. The say they want to chat but have little time so crack straight on with it. The venue turns into a nightclub after the gig so the curfew is 10pm, giving the band only an hour set. The night is called 'Optimistic', I will be running out of here! 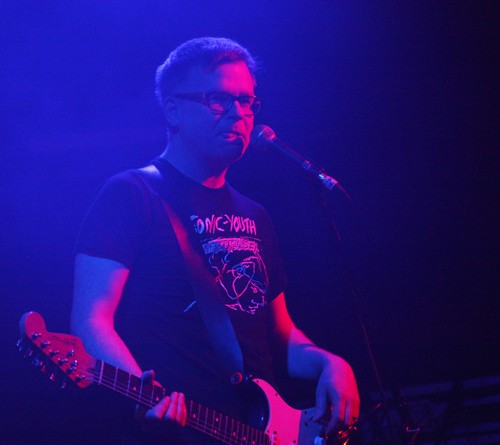 Even though it's the 15th anniversary show for 'On The Turn', the band are not playing it from start to finish as many bands do in this situation. They thankfully are mixing the songs between that and their first self-titled album. Whereas 'On The Turn' is seen as the better of the two as it is more melodic, I still love the first album and it's really raw heavy sound.

The crowd are singing along to every word, and singer Cormac lets them get on with this at certain points, smiling away to himself. I will not say this is the most technically sound gig, there are a few missed lyrics, but the band are only playing this show this year (they average about 1 ever handful of years, it's been four since they played on these shores). That said nobody cares at all, including me. They played 'End Of Green' and 'Pledge' which made my night.

'Dry Riser', 'Rewind' and 'Mexican Wave' are all welcome additions to this short but amazing set. The exclusion of 'Dummy Crusher', the song that got many of us into the band, is a surprise to many there but not me, it is their 'Smells Like Teen Spirit'; a song they must hate playing. 'JJ's Song' more than makes up for it as the hit at the end of the show. Everybody on the boat loved the gig (apart from a couple of stage divers who were immediately ejected by the over keen security).

I am glad I made the 400 mile trip as this show was more than worth it. The shouts of "UK Tour!" from the crowd appeared to land on deaf ears from the band but so I am glad I drove for hours to get here but, fear not, the gig is said to have been recorded and will be released as a live recording. 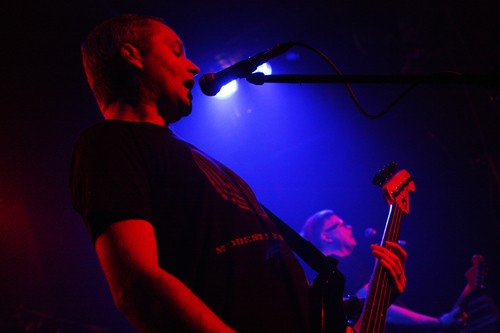