We Are Scientists / Tall Ships

Tuesday night saw gig three of three consecutive nights: Lifehouse, Beverley Knight and now We Are Scientists. I went to this gig with a certain expectation as We Are Scientists are full of life and vigour and you expect a certain punch to their gigs. With three amazing albums under their belts and years in the business you know what to expect: A plethora of greatest hits and Red Bull energy thrown in for good measure. I've been to many a WAS [We Are Scientists] gig, even seeing them in Germany a few years back when they were supporting Kaiser Chiefs. I even saw them at the Flapper and Firkin in Birmingham which is the tiniest music venue ever, must admit here I ran on to the stage and got a set list much to the amazement of the audience. We missed the first support band due to the fact that I decided I wanted a t-shirt, so we ended up going in search of a cash dispenser, which proved an impossible task. Half an hour later we got back to the venue cash in hand, only to find out the size I wanted was out of stock: Gutted. Anyway, Tall Ships provided support tonight. I had never heard of them before, but I did actually like what I heard. Kind of mesmerising and I have never seen band members change instruments so much. 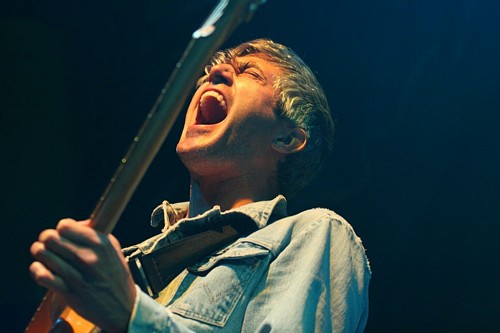 We Are Scientists are always fun to watch, I always know moshing is the order of the day so I stay well out of the way. I did in actual fact get punched severely after song three as my camera bag glanced someone, I wasn't best pleased and it spilt my night a tad. The band didn't disappoint and with the addition of ex-Razorlight member Andy Burrows on drums he added to the spectacle. Passion, frivolity, jokes, thumping drums and crazy dancing moves, just the norm at a WAS gig. And this is what we got tonight. We Are Scientists treated us to a spectacular night going through their back catalogue 'Nobody Move, Nobody Get Hurt', 'It's a Hit', 'The Scene is Dead', 'Impatience', 'Spoken For' and 'Rules Don't Stop Me', what ensued was fist thumping, toe tapping and head nodding. Obviously 'Great Escape' WAS anthem got the biggest reaction of the night and boy was this good. I never ever tire of seeing this band and they are well worth the ticket price alone. 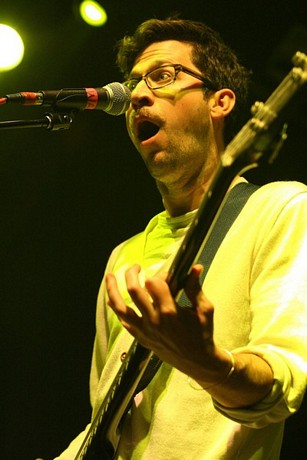