Although I have only been aware of Ohio-born band, Mona, for the last several months, whilst they have been making their mark on the alternative rock, music scene in the UK, I have not ignored the buzz that has surrounded them.

As well as being tipped as 'ones to watch' by XFM and long-listed on the BBC's Sound of 2011 poll, they also won MTV Awards' Brand New for 2011 accolade. So I was quite excited to see the band in such an intimate venue before the possibility arises of them reaching the status of playing bigger crowds and it becomes harder to get tickets. 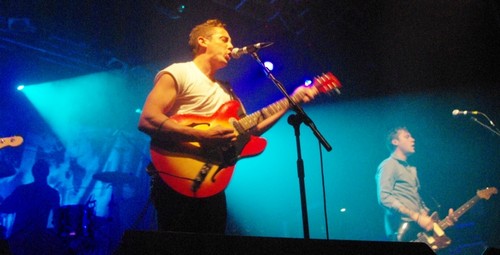 I didn't arrive in time to see the support but as I was making my way through the pit area where the crowd was standing I was pleasantly surprised at the amount of people that were there, as the event had not been sold out when I had checked online a few days before.

The band's arrival onstage was understated, as the music being played out was cut off, the lights brightened onstage and the foursome made their way out to their instruments with a quick wave and acknowledgement of the crowd, who had suddenly kicked into full gear shouting support at the guys.

They launched into their set playing their instruments furiously and producing a rich sound that filled the venue, reminiscent of traditional rockers from decades ago. Like real musicians, their instruments are their main tools in their music producing complicated riffs and powerful beats, with instrumental sections in some tunes.

The lead singer, Nick Brown, managed to fill the venue with his exceptionally strong vocals, dropping from low to high notes with surprising ease and raw passion. 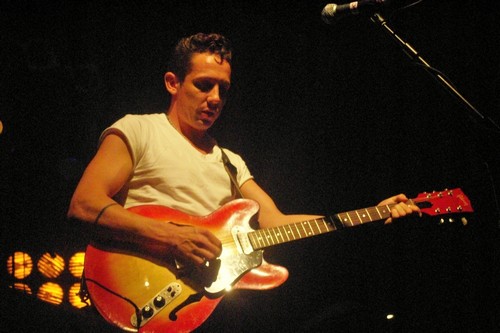 The whole band had a style about them that was decidedly rockabilly with slicked back 'Grease-style' hairstyles, tattooed arms and vintage inspired clothing.

Unfortunately after the second song there appeared to be come tuning problems onstage and as technicians rushed on to sort out the difficulty, a chant of "Mona" rang out through the venue from the hyped up crowd, who wanted more of the taster they had just had.

Five minutes later the problem was resolved and the guys got back to rocking out; it's not surprising that Mona has been compared to Kings of Leon, with Brown's recognisable vocals, and the band's edgy rock style, however this comparison is also a little too obvious for my liking.

Mona is not a carbon copy because they clearer have their own individuality and the feeling that they put into their songs made the performance seem very personal to them.

It was obvious they already have a solid fan base here in Blighty as the majority of the packed crowd seemed to know the lyrics and were bouncing along to the tracks. At the end of 'Teenagers' Brown prompted a sing-along with the crowd that echoed through the building.

Throughout their performance the boys kept their understated vibe, rarely speaking into between songs and getting the most out of the time they had to play their music. 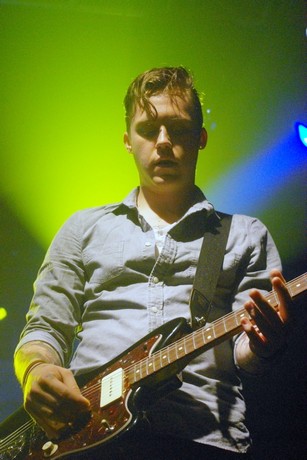 At one point Brown thanked the audience poignantly saying "We'd like to thank this country, especially this city, for giving us a career."

Near the end of the set, which they ploughed through like seasoned rockers keeping the crowd on their toes, Brown revealed that they would be shooting parts of the video for their next single, 'Shooting the Moon', while they played it there.

During this song, Brown jumped down into the audiences flailing arms and found himself being grabbed from every way by the frenzied crowd singing along to the lyrics.

Overall I found myself really pleasantly surprised at how the band seemed like seasoned rockers who had been playing huge venues for years and I feel they could have easily performed and filled up a bigger space.

With only one album under their belt I think Mona still have a lot to show us and there was a definite buzz in the air as people left the gig. 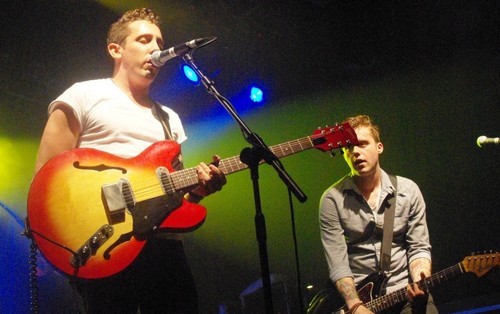