On the last night of a sell-out UK tour James Blunt arrived in Portsmouth. Presumably planned so that they are well placed for a quick hop across the water to start the French leg of the world tour.

It's fair to say that Mr Blunt has a certain reputation  most charitably as: 'a bit bland and one for the ladies', less charitably as 'A bit crap'  amongst the wider music listening public. As such I was unsure as to whether he was someone I would regret going to see.

Portsmouth Guildhall, for those who have never been, is one of the better venues on the south coast. Sat in the ground floor of the building, it is a large auditorium, with good views of the stage from almost the entire venue  even up in the balconies. Sound quality is also pretty good and consistent whether youre sat on top of the speakers or further back.

Given James Blunt's background it was no surprise that prior to the concert, members of the armed forces, in uniform, picked their way through the crowd collecting for the charity Help for Heroes. 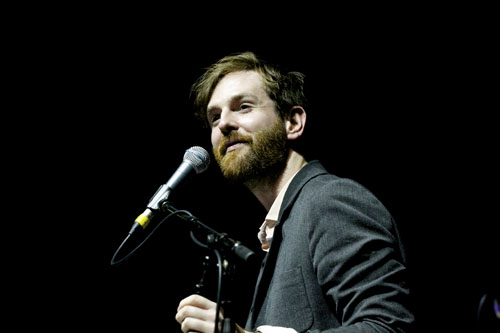 First on stage were the support act, Wakey!Wakey! Originating from Brooklyn, New York and fronted by the charismatic Mike Grubbs. Musically they are not a band that grabs you instantly, but take a rather more laid-back track, with gentle melodies occasionally broken with moments of energetic fiddle or guitar, and led by Mike's deft piano work and clear, sometimes plaintive vocals. Between tracks Mike has an easy and amusing line in banter, which initially seemed to get a better response from the audience than the songs did. However as the set continued the applause grew louder and more appreciative.

After a short break, the lights went down and we were ready for the main attraction. James Blunt eschewed the traditional on-stage entry and arrived from the back of the venue, running through shaking hands with the cheering crowd  most of whom hadn't initially clocked his appearance from behind and were surprised to find themselves face to face with him. Leaping athletically onto the stage he launched straight into the anthemic 'So Far Gone'. His stage presence has certainly improved over time  I recall seeing him perform Beautiful on TV at the start of his career and he looked nervous and ill at ease. These days he is confident and smiley, acknowledging the loudest cheerers in the crowd. Most impressive though was his voice  recorded his semi-falsetto, reedy voice doesn't seem to have a lot of strength to it, and while that's fine for the gentler acoustic material, it never really sat well on the more up-tempo stuff. Actually hearing it live, it has far more strength to it and there's an underlying rawness that at times reminded me of Bryan Adams gravelly performances. It makes you wonder why they don't try to capture that strength a bit more on record. 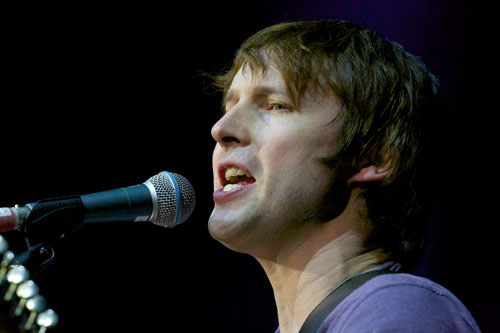 When he does speak to the audience he is self-deprecating and aware of his own image  at the start he made a comment about the all-seated nature of the show  encouraging the crowd to get up out of their seats for the livelier songs, even though they may have to sit through "Two hours of miserable music" to get there. Fortunately he doesn't make good on this threat, and performs a set largely drawn from the first and third albums. As well as the expected hits such as 'Wiseman' and 'Beautiful' there are also some more obscure album tracks. One of the standout songs is 'So Long Jimmy': James Blunt's tribute to The Doors' frontman Jim Morrison. The song already carries riffs from 'Riders on the Storm' but the live version lets loose into a full-blown psychedelic rock instrumental. The show finishes with the crowd-pleasing '1973' and a lot of dancing and cheering from the audience  now on their feet as Mr Blunt promised earlier.

Despite my initial misgivings, I have to say that I was really surprised by James Blunt, yes he is known for writing gentle, slightly morose love songs  something he's the first to admit, but there is also another side to him  a far rockier and lively side that is allowed free reign occasionally. It's easy to knock him (especially when his name has an unfortunate rhyming slang) but actually he is a very talented musician. Next time he turns up near you, don't be too quick to dismiss him and give him a try - you might be surprised by what you hear. 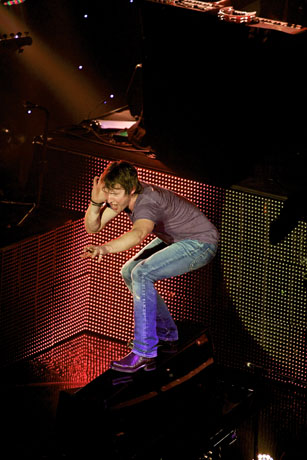