We arrive at The Picturedrome on this frankly horrible stormy night after driving around multiple bins which have blown over the roads, only for the front doors to be locked. As more people turn up we are told to enter the venue around the back, which in turn leads us in behind the stage... unfortunately not back stage though! The front doors must be closed because of the strong winds I wonder, but upon looking into it it turns out this will be the new entrance to the venue, through a new small bar area called The Box Office, situated around the back. 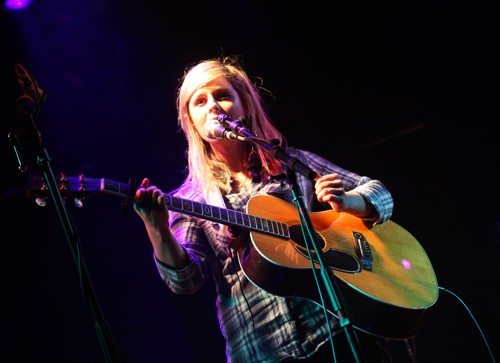 Delta Maid has already taken to the stage as we enter the hall and this South Liverpool lass plays an excellent set of Delta Blues. Influenced by Bonnie Raitt and BB King, producing a sort of Bessie Smith and Patsy Cline affair, people are really starting to take notice of this Wavertree wonder.

The crowd are really here though for Mr Seth Lakeman and co and their modern take on traditional folk. Mixing old folk tales with an impressive range of folk instruments played to the highest standards and all with an almost punk gusto, this Devonshire delight is gradually gaining more and more fans since his nomination for the mercury music prize five years ago. 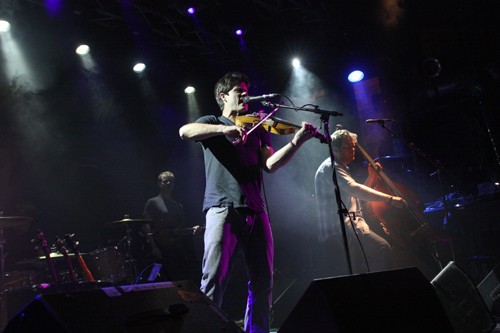 The records are fine to listen to, but it's live where this group of extraordinary musicians are best heard (and seen). Seth and one of his brothers Sean do dance off battles during a few songs whilst still belting out some intricate folk solos. Ben Nicholls is truly amazing on that double bass. Ex-Bellowhead member Benji Kirkpatrick has been with the band nearly a year now and fits in perfectly.

Seth is in an entertaining mood, asking the crowd to dance along which they do more and more towards the end. The set list spans his five solo albums, from 'Poor Man's Heaven' through to new album 'Hearts And Minds'. I especially like the songs from 'Freedom Fields' as this is where I first heard him. The difference in slow and sad song 'King And Country' to the steadier 'Setting of the Sun' then to hit track 'Kitty Jay' ensures a mixture of crowd dancing and swaying! The stand out tracks for everyone here are 'Poor Man's Heaven', 'Kitty Jay', and final upbeat song 'Race To Be King'. Seth plays 'Kitty Jay' solo before the encore then returns alone to play soft song 'Send Yourself Away', and then is joined yet again buy the band to play 'Blood Upon Copper'.

The newer lyrics are quite a change from the first Lakeman songs I heard; pretty dark tales of death and destruction in the West Country decades and centuries ago. Title track 'Hearts and Minds' looks into more the type of lyrics that Billy Bragg would shout about, about our banking system, troops, and government, and is more melodic than the albums before it. Seth's moving forward and although it's a different approach people here are loving it. The live performance is only getting better with more energy and you can tell the band are enjoying it as much as the audience.

Send Yourself Away
Blood Upon Copper
Race To Be King 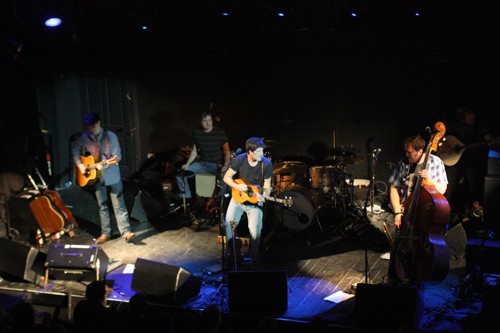