Crowded House were in Birmingham again on Wednesday for their 2nd performance in a row at the classy Symphony Hall in Birmingham. Both dates had sold out.

Support slot for the evening was filled by New Zealand artist Connan Mockasin. My first thoughts as he came on stage was why on earth was he wearing what looked like pyjamas! He looked very dishevelled and like he should be busking on a street corner and not on stage at Symphony Hall. The venue was only half full and audience members kept toing and froing throughout the set, obviously disinterested.

After the first few riffs on his guitar he was joined by a drummer and bassist. We were told that the band was two members short, but I don't think it would have made any difference! My partner and I looked at each other in total disbelief at the quiet and monotone vocals. The only glimmer of hope was Connan's mastery on guitar; it was just unlucky for us the songs weren't all instrumental. Gold star for the drummer 'Elroy' - an amazing bashing of the skins! 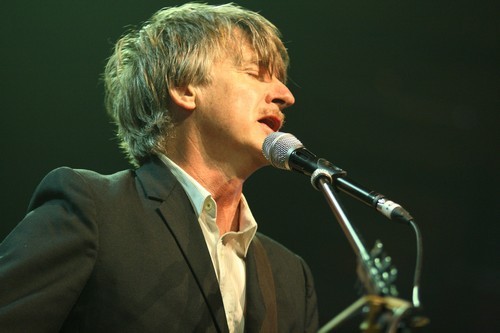 Crowded House were due on stage at 9 and the venue filled up to the brim with 40 and 50 somethings. There wasn't one empty seat in the house as the band graced the stage to rapturous applause. The backdrop was fairly simple; a map with letters on stands that make up 'Crowded House' and light up animals glowing throughout the set.

I have never seen this band live and to say I was absolutely astounded was an understatement. Their prowess on stage is beyond belief. I must admit at this point that I've never been a big fan of the band and that proved itself last night as I only knew 2 songs from the set. How ashamed am I!

The 25 song set was absolutely blistering with frontman Neil Finn changing guitar at every opportune moment: How many guitars can one man have? Each and every member of the band is talented in their own right, Matt Sherrod on drums is amazing and Mark Hart was like an orchestra on his own, playing numerous instruments.

The set kicked off with 'I Feel Possessed', quickly followed up by, two singles from the new album 'Intriguer' due out on the 13th July, 2010, 'Saturday Sun' and 'Amsterdam' of the two Amsterdam blew me away and the audience really appreciated it to.

Crowded House classic 'Fall at Your Feet' came next and boy oh boy did the audience react. There was so much banter throughout the show, Finn going on about how they played snooker the night before for three hours and how the release of the upcoming album coincides with Oasis's release of a greatest hits. He encouraged all fans to go out and by 'Intriguer' to try and help them to the number one album spot! 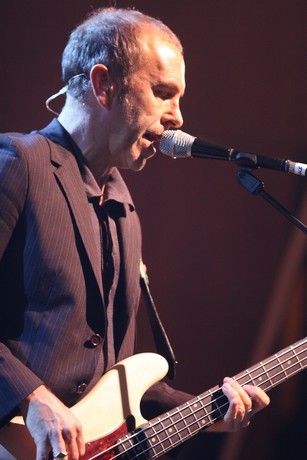 The strangest thing was that even after an hour of playing their hearts out the audience were still seated. This was soon rectified when four brave souls on the front row rose to their feet and every one else started to follow. Before you knew it people started thrusting themselves forward and running to the front. Symphony Hall staff took their life in their hands trying to stop this happening, but after a while they gave up. The aisles filled up with 'Crowdies' (Which is apparently what Crowded House fans are called! You learn something new everyday).

The show started to liven up now, instead of sitting in seats with head nodding and foot tapping we were seeing some action and jumping about.

'When You Come', 'Falling Down' and the beautiful 'Elephants' with Finn on the keyboards belted out, and the audience were in awe. Finn even sang a few lines from an old composition by his brother called 'Betty' which he said was about a prostitute.

'Isolation', 'Private Universe', and the absolute classic 'Four Seasons In One Day' were pure bliss. Various snippets of songs requested by people who use the Crowded House forum followed and the audience eagerly awaited the choices. 'Sure As I Am', 'Never Be The Same', the memorable 'Italian Plastic' and 'Sister Madly' were all played and the audience were totally mesmerised.

At this point I thought how much longer are they gonna be on stage, not because I was bored but because any standard show was 90 mins and this usually included the encore. All I can say is Crowded House aren't run of the mill, the extravaganza went on for over two hours and the audience certainly got entertainment and value for money. 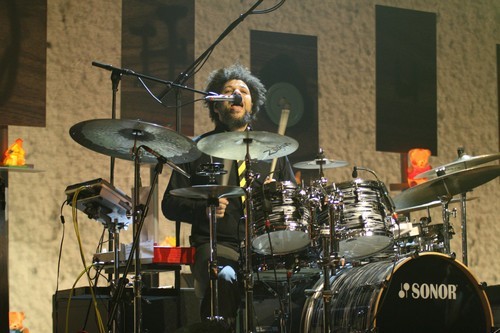 Distant Sun, Dont Stop Now and Something So Strong finished off the set and the audience went wild, even shouting encore and we want more before the band had left the stage.

Usually you expect a two song finale at the end of a show, but not at a Crowded House show. The encore went on forever. The band were joined by Connan Mockasin playing guitar during, Weather with You and a snippet of Hot Chocolates You Sexy Thing. This was absolutely mind blowing, I loved it! This was followed up by Moonage Daydream, Catch the Wind, Twice if Youre Lucky, Better Be Home Soon and the last song of the night Dont Dream Its Over.

For value for money this show was the best ever. If given the opportunity to see this band again I would snap the opportunity up for sure. Make sure to catch the band at one of their UK shows, especially as they are playing at a town near you with the last show at Hammersmith Apollo on 10/6/10. 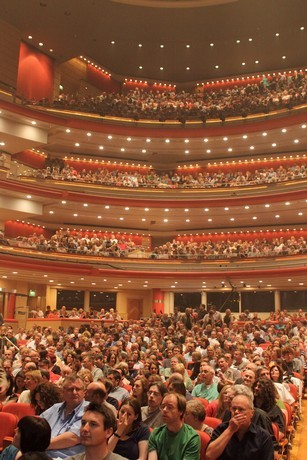