Having witnessed Arctic Monkeys' sheepish comeback gig at Brixton Academy in August, when they brought Humbug to the masses and ultimately under whelmed with what can be described politely as a transitional album or otherwise as just an average one, it was with mixed anticipation that I approached this Wembley Arena show.

From the outside, Wembley Arena is clearly dwarfed by its neighbour the famous Wembley Stadium but it is inside that you realise how small this Arena really is and you can't help but wonder why they chose Wembley over the superior O2. On taking my seat, the view of the standing area is wonderful and makes for a colourful build up to the band. Youngsters fight and sing and generally try to cause as much havoc as possible to pass the time. One particular highlight was when the pint throwing began and several unassuming people got soaked through. It's all very enjoyable from high up  I'm just thankful to not be in the firing line. 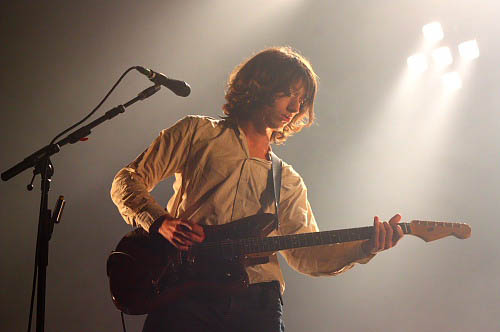 Just passed 9, and to a number of the less rowdy members of the crowds relief, the band enters the stage to a deafening roar and launch into 'Dance Little Liar'. I say launch but it's more wander... 'Brianstorm' follows and leaves the crowd pogo-ing for their lives and certain members of the audience around me taking to their feet and dancing like their dads. Singing "Brian, top marks for not trying", you can't help but feel slightly aggrieved that Alex Turner seems intent on following Brian's lead. The Arctics are clearly keeping up an attempt to be a 'cool' band and in the way they look and hold themselves onstage, they succeed. But the effortless style they convey on stage also shows a sever lack of passion and substance. This is turn makes it a pretty dull spectacle, saved only by the always excellent Matt Helders on drums.

'I Bet That You Look Good on the Dancefloor' sounds decent enough and Humbugs first single 'Crying Lightning' is a highlight but the set still seems to pass by without anything of note really happening. The brilliant 'Do Me a Favour' and the lyrical genius of 'When the Sun Goes Down' remind us of why were here and that Turner is very capable of writing truly memorable songs but it all seems a little too late. They finish the set with 'Secret Door' and return to the stage to an encore of 'Fluorescent Adolescent / Mardy Bum' and '505. 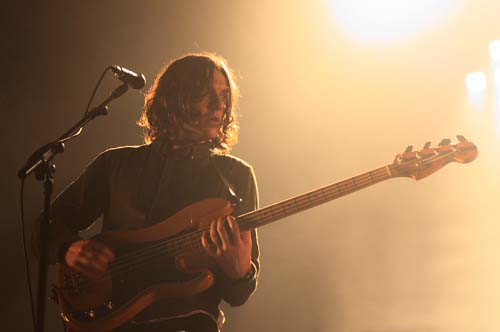 Throughout the set, you can't help at times but find the crowd more enjoyable to look at than the band. Nevertheless, if anyone can turn this around, then you would be hard pushed to find a more capable band of doing so. Their recent material suggests the band are looking to a different direction and this will surely benefit their live shows in the future. If it doesn't, then The Arctic Monkeys are in serious danger of becoming quite average  and I never though I'd be saying that a couple of years ago!

Setlist:
Dance Little Liar
Brianstorm
This House Is a Circus
Still Take You Home
I Bet You Look Good On the Dancefloor
Sketchead
My Propeller
Crying Lightning
Potion Approaching
The View from the Afternoon
Cornerstone
If You Were There, Beware
Pretty Visitors
The Jeweller's Hands
Do Me a Favour
When the Sun Goes Down
Secret Door 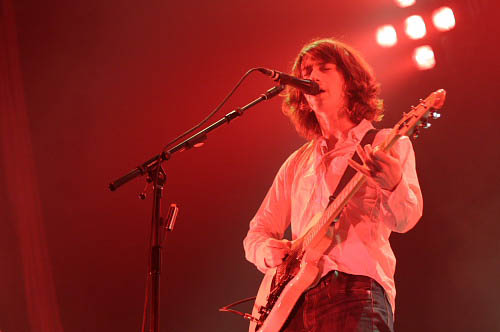