WIN! tickets to see Pama International at the gig of your choice

eGigs have pairs of tickets to give away to a Pama International gig of your choice! Plus each winner will receive a copy of the new album 'Pama Outernational', a signed copy of the band's last album 'Pama Intl- Love Filled Dub Band', and a limited edition gold 7" vinyl of the band's new single 'I Still Love You More' along with the single CD promo!

Pama International will be releasing their brand new album 'Pama Outernational' on Monday 2nd November, through the Rockers Revolt label. This is an album lovingly crafted by a band who shamelessly hold their influences high, King Tubby & Lee Perry's dub stylings meet the soul sounds of 1960's Stax whilst maintaining a social commentary cemented in the modern world.

The single 'I Still Love You More' is produced by Sean Flowerdew & John 'Ghost Town' Collins featuring Lynval Golding (The Specials), alongside members from Lord Large, Bentley Rhythm Ace, PWEI & Kasabian. It is the second single to be taken off the forthcoming 'Pama Outernational' album.

Heavyweight dub sounds ruled the way with their first single 'Happenstance' followed by the stunning soulful reggae grooves of 'I Still Love You More', a track equally at home in the Wigan Casino, in the dancehalls of Jamaica and on drivetime radio. 'I Still Love You More' will hit the streets on Monday 19th October.

With a number of UK tours under their belts including a fistful of dates supporting The Specials and a summer full of festival performances Pama International now prepare for a full national tour, as well as providing support for The Specials on their tour. For the 'Outernational Tour' a wonderful array of musical talent has been pulled together to join Pama Intl founders Sean Flowerdew (organ) and Finny (lead vocals), which includes; Lenny Bignell (Lord Large), Dready-Rockers 2 Rockers (African Headcharge) and Andi McClean (U Roy, Gregory Isaacs, Frankie Paul). Lynval Golding will be joining the band on a number of select dates, in between The Specials tour duties. 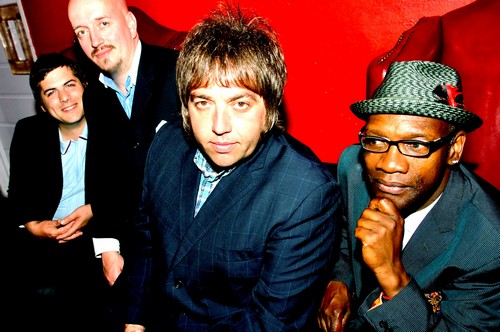