eGigs is offering two lucky readers the chance to win tickets to the Big Wheel Sundays the summer season concerts held at the Open Air Theatre in London's Regent's Park this August.

Held at the oldest outdoor theatre in Britain which has been presenting Shakespeare plays for the past 75 years. Big Wheel Sundays are now a regular feature at The Regent's Park Open Air Theatre.

Big Wheel Sundays, now in its 3rd sell out year, take place on the Sundays between the 16th and 30th of August, and plays host to the previously confirmed British Sea Power, Alabama 3 unplugged and Tunng.

eGigs is offering a pair of tickets to the first of this year's concerts which happens on Sunday 16th August with British Sea Power, London Bulgarian Choir and some very special guests. To buy tickets, click here.

Plus another lucky reader will win a pair of tickets to the following Sunday, 23rd August it's the turn of Alabama 3 Unplugged, with Kate Miller-Heidke and their special guests. To buy tickets, click here.

Gates open at 6pm allowing the crowds to laze around and picnic on the lawn, grab a cold drink from the outside bar or enjoy something sizzling from the BBQ, before checking out the evening's entertainment in this amphitheatre under a blanket of stars.

The winners are E May from London, and K Howes from Epsom. 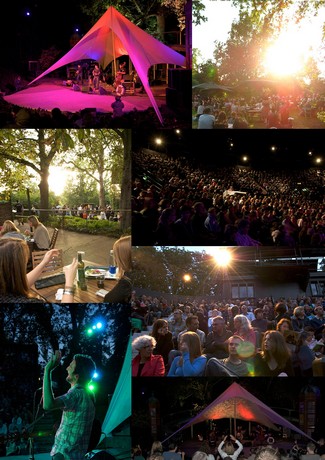