The Wulfrun, Wolverhampton on Thu 14th May 2009

Phew, what an exhausting day Thursday was! After flitting to London for a catch up at work I had to leg it home, ram some food down my throat and drive like a madwoman(within the speed limits of course) to Wolverhampton to catch Paolo Nutini playing at The Wulfrun. It was absolutely rammed with Nutini fans when I rolled up; I'd never seen the venue so packed and thronging! All of these young women, middle aged women and a good sprinkling of middle aged men were here to witness the sultry tones of cheeky, youthful Nutini, who's about to release his new album 'Sunny Side Up' on 1st June.

I think I was quite fortunate to miss the support act, The Panics. Even though the kick drum beats were making the doors and ramps shake and rattle, they weren't wowing the audience! In fact they looked visibly bored as I fought my way to the front, hanging onto the shirt tails of tonight's photographer as they battled their way through forgettable tracks like 'Ruins' and 'Don't Fight It' (which is their debut UK single out on 18th May). Sorry guys, you may be big in Australia, but I don't think your five piece pop band quite hit the mark tonight! 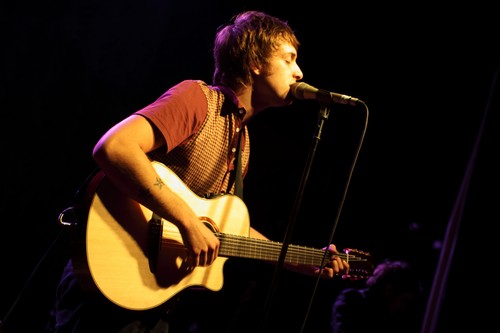 It was Paolo Nutini everyone was waiting for, and from the catcalls and whoops and cheers women gave him when he graced the stage, it's obvious that he hasn't lost any of his female charm since his 2006 album 'These Streets', even though he's only just tipped 22 on the age scales! They were all here, rammed against the crowd barrier and stretching back as far as the eye could see in this school-hall type venue, to hear his soulful crooning of heart wrenching ballads. But my, what a surprise they were in for!

If they hadn't yet listened to any of the new songs from his forthcoming second album, 'Sunny Side Up', they weren't at all prepared for the mega mix of influences and styles that included ballads, soul, Stax and ragtime. At some points (thanks to the big band style complete with sax and harmonica) I felt like I was either at a hay barn dance or a Jools Holland and his Rhythm & Blues Orchestra gig, as the band whipped their way through songs like 'Simple Things' and bound to be a hit 'Coming Up Easy'. I don't think the audience were prepared for the new maturity of Nutini's voice either, that shone through during new songs like his latest single 'Candy' and '10 Out Of 10'. 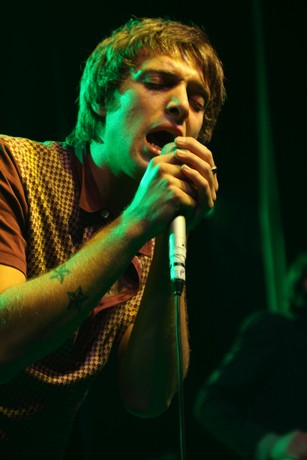 Of course, Nutini didn't forget the success of his million selling 2006 album 'These Streets' that had drawn the sell out crowd here. He treated them to amazing renditions of 'Alloway Grove', 'Last Request' - "one we can all sing along to" (according to Nutini), and 'These Streets'. He saved ever popular 'New Shoes' and 'Jenny Don't be Hasty' for the encore, much to the delight of the audience who demanded "Jenny!" at the top of their voices! Even if most of the fans couldn't understand a word he was saying in between tracks (as he boasts such a broad Scottish accent), they love his lyrics!

All in all, I think that Nutini has opened himself up to his childhood influences and allowed his creativity to flow for his new album. Some women may have been disappointed that the gig wasn't full to the rafters with swooning, melting ballads, but you can't please everyone! With his latest clutch of songs, Nutini may very well pick up a whole new set of fans. Maybe that's what he's aiming for? 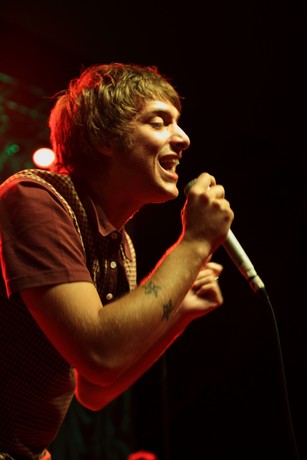