A one off show in Hoxton for club-night Not in Kansas Anymore, neatly stuck in between playing SXSW and the start of her European tour, Laura Marling takes the chance for a quick show with a home crowd. Having moved on from singing with Noah and the Whale, her debut album (Alas I Cannot Swim) is hard to put down. Having sold out the show quickly, everyone inside is grateful to fit in the packed out room. 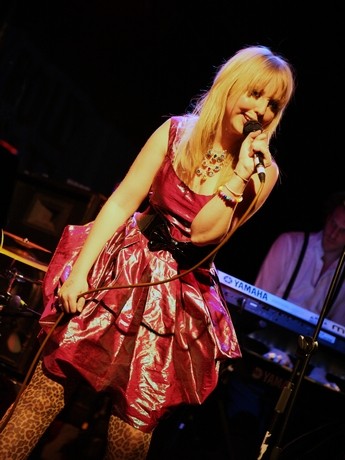 Arriving in time to see the second support act was well worth it. Polly Scattergood gives a good but seemingly nervous performance. Slightly twee, her mixture of melancholy lyrics and chintzy music has a quirky toy-shop feel. Dressing up for the occasion, you could imagine her walking down a yellow brick road clicking her heels together. Her penultimate song 'Bunny Club' gets me bouncing along with its more electronic backing but doesn't quite have the power to keep everyone in the room focused.

Squeezing through the crowd to get on stage Laura Marling has a surprise for the eager crowd. Marcus Johnstone (Mumford and Sons) joins her on stage for backing guitars and drums. Thanking Polly for letting her borrow some kit she apologises for the ramshackle set-up  consisting of a bass drum made from an old leather suitcase. 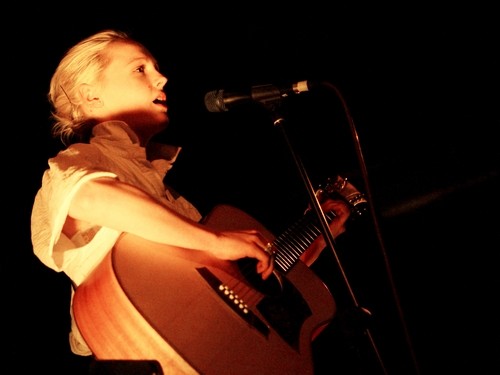 Opening the show with 'Ghosts', the spine tingling shivers set in early. Revealing that she's going to be roadtesting a few new songs gets the crowd a little apprehensive but any fears are quickly dismissed. At the opening chords 'Darkness Descends' you could hear a pin drop as everyone was so caught up. The deep thud of the leather suitcase kept the song moving against Laura's sultry vocals. The next new song, 'Drinking Alone' has a flat simple quality to the singing. Almost a monotone the lyrics "...Am I able. Am I stabe. For you..." could easily be drunken slur of phone call you want to forget in the morning. For a song that was only written a couple of days before, it had the feeling of a timeless classic.

Grinning in-between songs and making jokes about their on stage banter, Laura and Marcus' manner contrasts against the emotions in the songs. At one point a 'woop' from the audience throws her off and giggles force her to stop and get back in the right state of mind for the song.

Breaking her tradition, Laura even comes on for a one song encore, a special for tonight as she had played new songs. After getting the lyrics back from an eager fan, the night finishes with 'Jolene'. No 'Night Terror', but no problems with me. Its just another excuse to go and see her again. 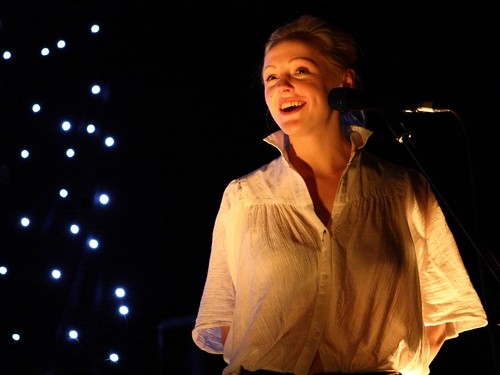