Birmingham's fashionable jewellery quarter, where the Jam House is based, witnessed a truly spectacular event last Wednesday night. Jools Holland and his Rhythm & Blues Orchestra took time out of their busy touring schedule to help this intimate live music venue celebrate its 10th anniversary in style.

The whole venue was packed from the outset with expectant middle class and middle aged fans filling the stage floor, the subterranean bar area and the balconied restaurant. I'd managed to plant myself right at front of stage, so the legend that was Holland was going to sit feet away from me at his baby grand piano! 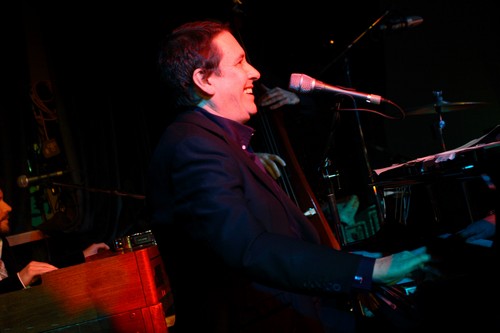 When he sprung onto the stage I was amazed how petite Holland was, with tiny black patent leather shoes, red braces and snappy dark blue suit to boot. His army of an orchestra quickly followed, filling a whole side of the room with their menagerie of instruments; from young female sax players to ancient reggae loving Granddads and middle aged men playing instruments I'd never even seen before  they were all there!

The huge sound of the Rhythm &Blues Orchestra filled the Jam House from then on  playing songs like 'Fat Fred' and 'Dr Jazz' that went down incredibly well with the crowd who were swaying politely in time to the music. Solo spots from trombonists, trumpeters and saxophonists kept their attention and highlighted the obvious proficiency and expertise of the orchestra that are touring constantly this year.

But it was when Holland took a back seat and allowed guest singers to take centre stage that the night really livened up. First it was time for perhaps unknown Rosie May and Louise Macdonald to parade their singing prowess, but that was nothing in comparison to when Holland introduced "Boogie Woogie Queen Ruby Turner". She really cranked up the atmosphere and volume with her spectacular vocals.

Just when the audience thought it couldn't get any better and were dancing, clapping and enjoying very moment Holland announced "I have a very special guest here with me tonight. Please put your hands together for Mr Marc Almond!" Mr Marc Almond? Of massive Soft Cell fame? Had I heard it right? Yes I sure had. As my photographer partner had a baby as she quickly fitted her big lens and ran to take more photos, the Jam House erupted into whoops and massive cheers.

Almond's three song set was absolutely amazing. Okay, so he may not have the strongest voice in the world but his theatrical, West End style and suited smartness made him the perfect frontman for such a gargantuan orchestra in such a small venue. The bling of his teeth almost blinded me as he marched his way through 'Wave Hello, Say Goodbye' and 'On My Soul I Swear'. 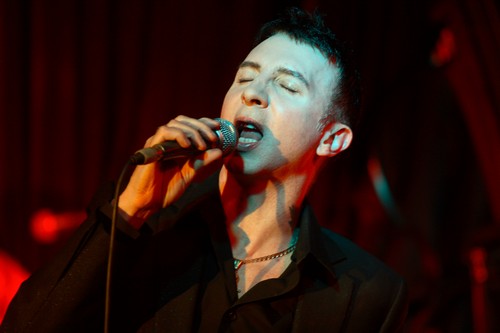 Then, he prepared the crowd for some "serious dancing and serious singing" as he sang an amazing swing version of 'Tainted Love'. When I saw every member of the audience was mouthing every single world and dancing you could certainly tell they were enjoying themselves! As one crowd member stated "they say opposites attract". And they certainly did as I would never have dreamt in a million years that Almond fronting Holland's orchestra would work  but it did.

In fact it was the total highlight of the night that got every single person in the room to their feet, with their hands in the air. The final songs from Holland and his Rythum & Blues Orchestra seemed to pale in comparison, as did the Ruby Turner encore. I left practically in a daze that Marc Almond had been there too. He is appearing with Holland on other tour dates in the next few weeks so if you want to be amazed and astounded you should see if he's appearing at a venue near you. 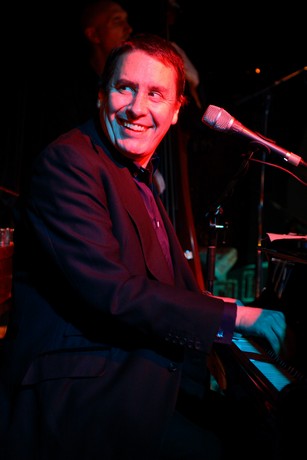 
more about Jools Holland and his Rhythm & Blues Orchestra
more about Marc Almond
more about The Jam House, Birmingham