The Blissfields festival has a short but enticing tradition of popping up to London and the south's big cities, to try to install its magic into a gig venue on cold winter nights. Tonight is London's first turn in over a year, and knowing as we do that the Blissfields festival has a unique charm and warmth, we make the effort to wander out to the East End for them. We arrive just before Barefoot Confessor take the stage, in a room almost-full of expectation but with the promised extras such as a magician and some face-painting nowhere to be found. We hear that the magician made himself disappear, so we settle down for what turns out to be three Blissfields-type acts in quick succession. 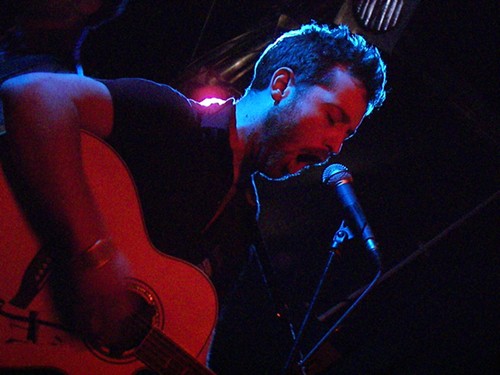 Barefoot Confessor were once Red Eye Banquet. Personnel haven't changed much, but the sound comes across mainly as a more rough-and-ready Kooks, for instance in the very-accessible 'High Jinx'. Not altogether our collective cuppa, but it works very proficiently, and the crowd seem very keen on it. We muse that lead singer, Michael Shearer, has a usefully distinctive and capable voice, and that his half-beard makes him reminiscent of Thom Yorke.

'He Doesn't Love You' skips along playfully from the start. It is helped by being a severe nod towards The Beatles 'I Wanna Hold Your Hand', and having a chorus that adds 'oooo-ooohs' straight from The Kooks' repertoire of hooks. It works very well. 'Heart Skip Jump' gives us five disorientating seconds of Joy Division bassline before bursting forth with guitar and vocal energy. The final song breaks the indie-pop trend as it is a dense guitar wig-out reminiscent more of Kasabian than any other band beginning with K. We see promise and potential, and the crowd seem much impressed.

There's barely time for a trot to the bar before some chancer stands on a chair and sings into the mic with his acoustic guitar. This soloist is Beans on Toast, and he is one of us. He talks and sings too much (i.e. just right). He goes on about festivals, intoxicants, love and food, all in an optimistically downtrodden manner. And he points out that Barefoot Confessor's singer has now donned a silly hat that he wasn't allowed on stage with earlier, and we realise that their singer is actually Jay Kay. 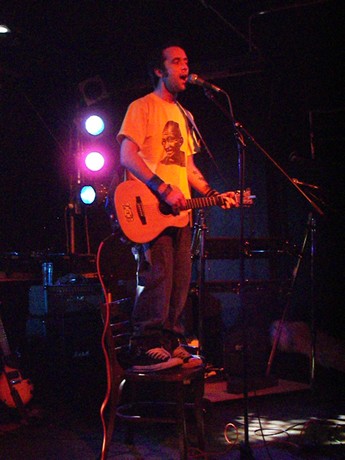 Beans on Toast sings of self-deprecation and of frivolity, all the while strumming out tunes that support the words without getting in their way. We hear tales of traipsing from campfire to campfire, and of how things have burnt down ('The Pub in Holloway'). He notes with tongue-in-cheek how he's supporting Blissfields who in turn have managed to omit him from tonight's posters. He finishes with a song for Valentine's Day. We are smitten, and will see him in a field sometime soon, even if he does advertise himself as "sounds like Billy Bragg."

Subgiant are the sort of electro act you might have enjoyed at a smaller festival without ever realising who they are. We have long loved their dub-and-breaks-filled electronica, but could they preach beyond the converted at a rare London appearance in what turned out to be a right bulging student hang-out? 'Reasonable stab' is our answer. They are tight enough, they deliver a clear sound where the various hooks and styles of their music come through, and they're occasionally energetic on stage. They have the small hall mostly full, but with quite a different crowd to those who saw the straightforwardness of Barefoot Confessor.

A host of new songs are aired in the first half of the set. 'Foxes' has a clarity befitting of its namesake's mints. 'Tiger Tiger' pushes along with appropriate swathes of guitar overlay. 'Reggeastration' has us bouncing whilst thinking of an orange fizzy soft-drink, whilst 'Stunt Driver' sounds like it's a medley of the best bits of the last album. We are also treated to samplings of three well-known tracks as the basis for three other new songs, two from rock/metal bands beginning with M that work fantastically, and one from some Goths beginning with C that we find isn't allowed to develop properly.

The best of what they have is then aired through standards such as 'Filthy', 'Nursery Rhymes' and traditional closer 'Valley of Sith'. 'Filthy' in particular has a neat ending twist insofar as the closing guitar swathes ascend rather than descend in tone, which shows good willingness to try out new ideas even when the old stuff isn't broken.

So what could they do different? We pin it down to a couple of things. Work out how to play to the crowd more. The music, engaging is it mostly is, is not the only connector. Mix a bit of Mr Beans on Toast's delivery in perhaps. Expect an encore rather than trudge off stage at the end. We also thought that the newer songs sometimes weren't played to their natural conclusion. Perhaps the natural end hasn't yet been reached, but too often a cracking new tune would wind its way into our loins, fill the room, then come to a sudden halt just a little too early. Extend the new stuff gents, it is right up there with the best of what you already have. But for the unconverted who like electronica, Subgiant are a must-see treat who will be at a festival near you soon. 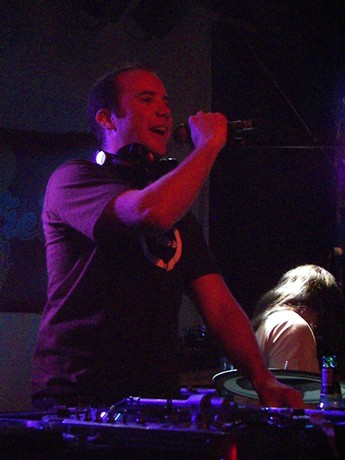