The evening begins with comedian Andrew O'Neill as the warm-up act. He manages to engage the audience, who are a very attractive bunch, by the way, with lots of interesting outfits and quite a few artistic masks around. 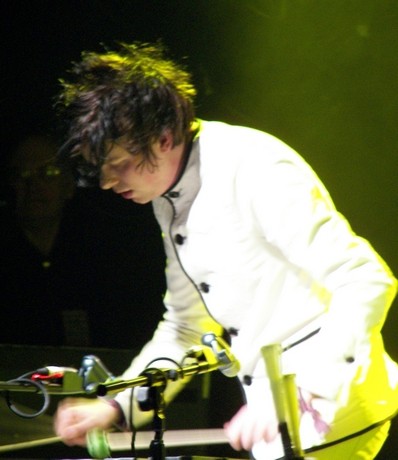 The support band, Detektivbyrån, is from Gothenburg in Sweden and is an electro-folk trio comprising drums and percussion (including scissors!), keys and glockenspiel, and an accordion. The frontman wears a white suit that he says he stitched himself and has an Edward Scissorhands hairstyle. Their sweet, charming songs are all instrumentals and sound of tinkling, chiming, fairgrounds and fun. 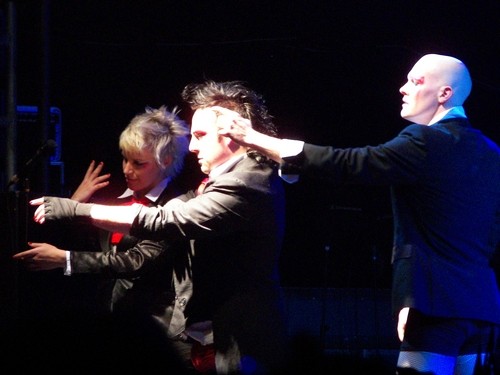 The stage is readied for the main act but the spotlights are now on the crowd and The Danger Ensemble, who have come over from Australia to perform alongside Amanda Palmer on this tour. They are dressed in eye-catching tutus and sparkling suits and are being 'living statues' amongst the audience. This goes on a little too long as most of the audience in the Electric Ballroom can't see what's happening and the crowd start cheering and stomping encouragement for the headliner. Palmer takes to the stage with her keyboard, emblazoned with "Kurt Weill", dead centre and wearing the usual alluring attire of her underwear  well, black frilly knickers, long star-adorned stockings over fishnets with suspenders, and a t-shirt. She plays with legs swivelling, arched fingers pounding the keys and sometimes standing to accentuate the dramatic notes. Her voice is strong, throaty and quite androgynous.

Palmer is one half of the Dresden Dolls (who describe themselves as "Brechtian Punk Cabaret" to avoid being labelled Goth!) and is currently touring her solo album entitled 'Who Killed Amanda Palmer'. She's clearly proud of the new record and rightly so. 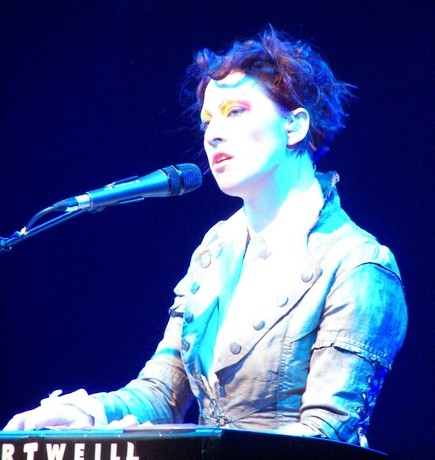 Tonight is a showcase of songs from this recent album, with a new song that Palmer wrote about a month ago and a few Dresden Dolls' tunes thrown in. The set lasts two hours but is not just about the music. There's the performance art element of The Danger Ensemble who complement Palmer's songs well ('living statues', dramatic interpretations and kissing for cash), an auction of a painting halfway through to raise funds for the Ensemble, and even a marriage proposal towards the end of the show. For the music element, the songs are all incredible and the crowd sing along with almost every word which is endearing but also slightly annoying when youre near some tuneless voices.

Lyndon Chester, a member of The Danger Ensemble and a gifted violinist, plays on some of the tracks including 'My Favourite Things' (yes, the song from the Sound of Music). The stand out songs and ones which are greeted most warmly are the vicious 'Backstabber', 'Astronaut' with atmospheric violin, 'Coin Operated Boy', and 'Oasis'. This last song has been banned from a number of TV and radio stations but was played live on Stephen Merchant's BBC6 show last Sunday. The subject matter is pretty dark  date rape and abortion - but set to a jaunty tune and handled in a light-hearted way (Palmer tells us "when you lose your sense of humour about the darkness in life, that's when the darkness takes over"). Palmer thinks the tune might be the reason it's been banned so she's rehearsed a more downbeat accompaniment with lots of minor chords. She demonstrates this which provokes laughter but doesn't sound right so she starts again with the intended tune. A Tegan and Sara cover of 'Like O, Like H' also proves very popular with the crowd. 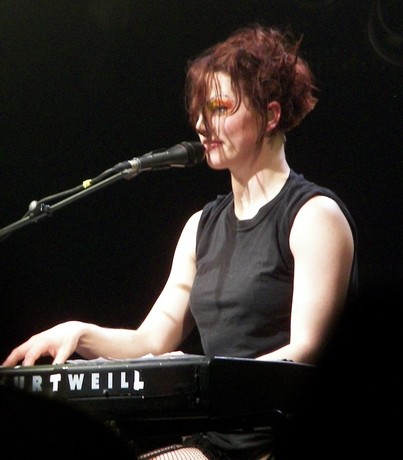 The encore features an exuberant 'Leeds United'  with a brass section and the great refrain of "who needs love when there's Dukes of Hazzard". Then two members of the crowd are brought on to the stage, supposedly to talk about gay rights but it turns out that one of them is proposing to the other. There are lots of hugs and kisses so I think he accepted! Then a mention of lesbians leads to an announcement of Katie Perry as special guest  the crowd is surprisingly excited about this but it's one of the Ensemble dressed up and miming to 'I Kissed A Girl'. The show finishes with 'photo opportunities' of Palmer and The Danger Ensemble strutting about and striking poses to a backing track of 'Girls on Film'.

All in all, a very energetic and entertaining evening, the sold-out audience loved the whole spectacle, and the music was phenomenal. I'm off to get my hands on some Dresden Dolls stuff now... 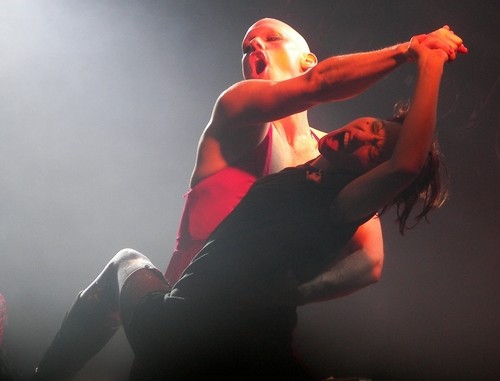