Over the past two years or so, Scouting For Girls have progressed their way through the hierarchy of Nottingham's music scene. Starting with just a handful of people seeing them when they first played in Nottingham and rapidly moving to the bigger venues in the city and finally achieving the status of playing Nottingham's Trent FM arena.

Upon entering the arena, the crowd consisted of a youngish audience, with parents bringing their children along. Which demonstrates that Scouting For Girls (SFG) music appeals to those who have a fondness of pop music. 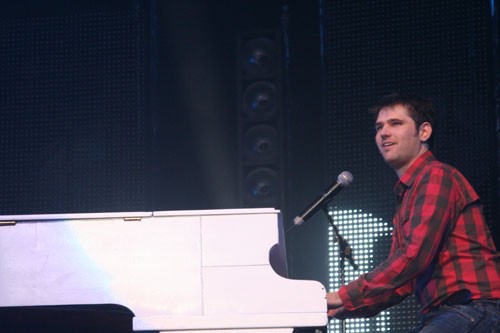 Sure enough the band arrived on stage and delivered exactly what you would expect, it was a performance that was too polished for my liking, I like live performances to be slightly edgy and have a bit of spontaneity about them whereas in many respects this took away a lot of the enjoyment of a live show, as you never felt that anything would go even slightly wrong.

However I must have been in a minority to think that, as the other nine thousand people seem to be enjoying every single second of this gig. The fans were dancing, bouncing, and shuffling, along to the chart toppers 'Heartbeat', 'She's So Lovely' and 'Elvis Ain't Dead'.

Musically SFG are faultless, and that's great if you go to see a band purely for the music, but if that's the case stay at home and listen to the cd. When I go to see a band I like to feel that I'm part of something organic, not part of a routine that is just going through the motions.

However saying that, SFG had clearly done their job perfectly as fans were still singing the choruses whilst walking home accompanied with the classic ear to ear smile. So if the fans were happy, it could not have been all that bad, right?? 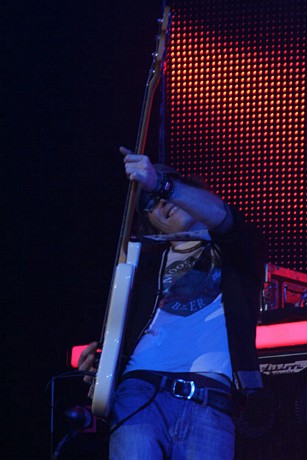